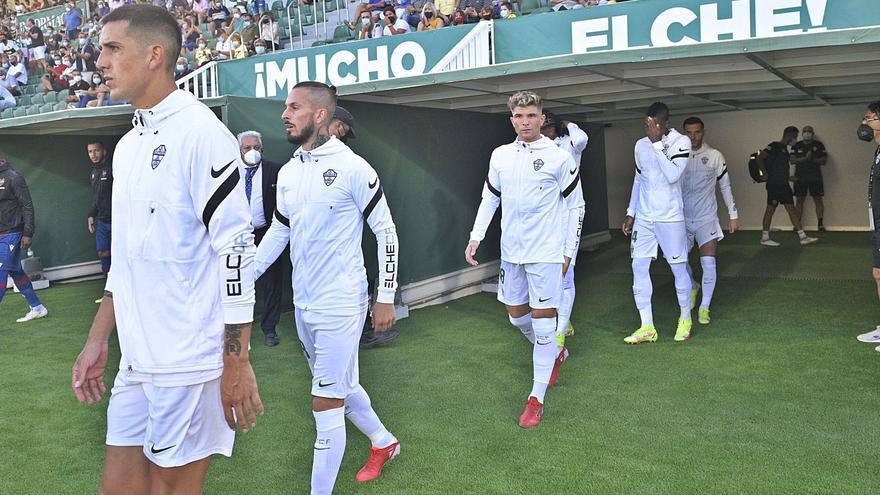 The only outfield player who has not yet had a chance has been Pablo Piatti. The Argentine midfielder started the season injured, but in the last three games he has been on the bench and has not been on the pitch in any game.

The other two who have not played have been substitute goalkeepers Edgar Badia and Axel Werner, who will surely have to wait for the Copa del Rey to be able to make their debut.

The franjiverde coach has opted for Kiko Casilla as the starting goalkeeper. The Tarragona goalkeeper (450) is the only player in the squad who has played every minute of the League.

Below are Raul guti (442), Mojica (442) and Gonzalo verdu (414), who have started in the five days, although they have been substituted in the last minutes of some of the games. The captain will lose his privileged situation this Wednesday at Villarreal, since he will not play the match at the La Cerámica stadium after having to serve a penalty game for accumulating five yellow cards. The Cartagena central has seen one card per game.

Fidel has played 356 minutes. The Huelva footballer had played it all until last Saturday against Levante he stayed on the bench and did not play any minute.

Enzo Rozo (326) is also being fixed for Escribá. The Chilean international was a substitute in Getafe because he had been with his team for two weeks and the Valencian coach chose to give him rest. Although he had to leave after half an hour of play due to the injury of Pedro Bigas. The Balearic center-back (234) has been a starter whenever he has been available, but he has missed the stakes against Sevilla and Levante due to physical problems and will now have to be away from the pitch for about two months due to a torn ligament lateral side of his right knee.

Helibelton Palacios (314) and Diego Gonzalez (302) are enjoying more minutes than expected at the beginning of the season. The Colombian and the Cadiz have taken advantage of their opportunities and are fulfilling as a right lane and as a central defender, respectively. Palacios has started the two away games. In the first two home matches against Athletic Club de Bilbao and Sevilla, Escribá bet on Josan (180) in the right lane, but last Saturday he chose the Colombian before the crevillentino.

Ivan Marcone (270) was in the starting eleven of the first three days, but in the last two he has taken his place Omar Mascarell (159), one of the last signings. Something similar has happened with Pears Milla (221), who started out as a starter, but after the arrival of Blessed (226) has been relegated to the bench.

Lucas Boyé (262) is the starting striker, but injuries have prevented him from continuing this season. Lucas Pérez (109) has broken into force since his arrival. The rest of the players with minutes: Guido (82), Tete Morente (77), Shepherd (29), Josema (25), Gumbau (17) and Barragan (13) have always been substitutes, with the exception of Tete Morente, who made his debut as a starter in the last game against Levante.