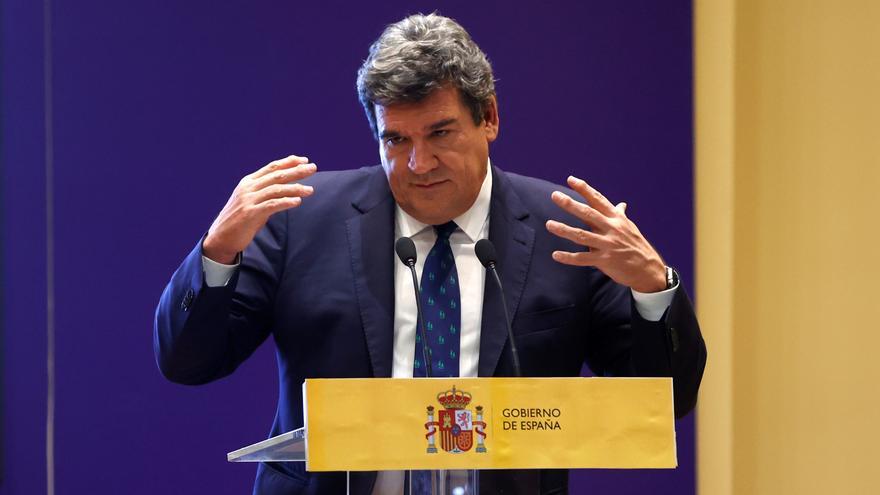 The Minister of Inclusion, Social Security and Migrations, José Luis Escrivá, said this Tuesday, in relation to the rise in contributions agreed with the unions, that “everyone has to understand that the Welfare State has to be paid for“and that in countries with models analogous to Spanish it is also done this way.

Escrivá, in statements to Onda Cero collected by Europa Press, stressed that the CEOE’s refusal to support a 0.6 point rise in prices within the framework of the so-called Intergenerational Equity Mechanism (MEI) responds to business interests, while that the Government, has stressed, what it is doing is defending the general interest.

In any case, he recalled that although the employer has opposed the agreement on the MEI, the bulk of the pension reform that is currently being processed in Congress has been supported and agreed with the CEOE.

The minister, who has reiterated that the employers did not present any alternative model to the one finally agreed with the unions, has also indicated that “he does not have the impression” that the CEOE’s rejection is going to interfere in the negotiations on the reform. labor.

The 0.6 point rise in prices agreed with the unions will start operating in 2023 and will last for a period of ten years with the aim of fattening the ‘pension piggy bank’ to face future spending tensions in the system with the arrival of the ‘baby boomers’ retirements.

Of those 0.6 points in which quotas will rise, companies will assume 0.5 points and workers, 0.1 points. Asked about the reason why companies are burdened with greater weight, Escrivá stated that how the rise is distributed “is almost an accounting issue.”

“What matters here is that Spain has a labor cost and a cost associated with contributions well below that of neighboring countries (…) Spain is in a situation that gives room and space to everything we are doing, “said the minister, who specified that in Germany the income from contributions is equivalent to 19 points of GDP and in France to 17% , while Spain is below 14%.

“When we talk about this, let’s compare ourselves with our European partners. The labor cost in Spain is 21 euros per hour worked. In Italy it is 20% higher and in Germany, 35%. What everyone has to understand is solidarity that the Welfare State has to have, that it has to be paid for, “he insisted.

Likewise, Escrivá has defended that the rise in contributions agreed with the unions is “extraordinarily moderate”, about 10 euros more per month for an average pension.

“It is quite manageable and manageable and gives us a safety cushion so that when there are spending tensions we have the Reserve Fund, which now only has about 2,000 million euros,” he indicated.

Asked if this rise of 0.6 points will be enough to face the cost of pensions for the ‘baby boomers’, the minister stressed that, with the European Commission’s spending projections in hand, this increase is “sufficient” .

“It has not been uploaded more because it is not necessary. What we are doing is what is needed (…) There is no unnecessary flogging now, we will revisit it. Pessimism and flogging are trading very high now, it is fashionable to make pessimistic forecasts, “he assured.

Also Read  The life of Sidney Poitier, in pictures