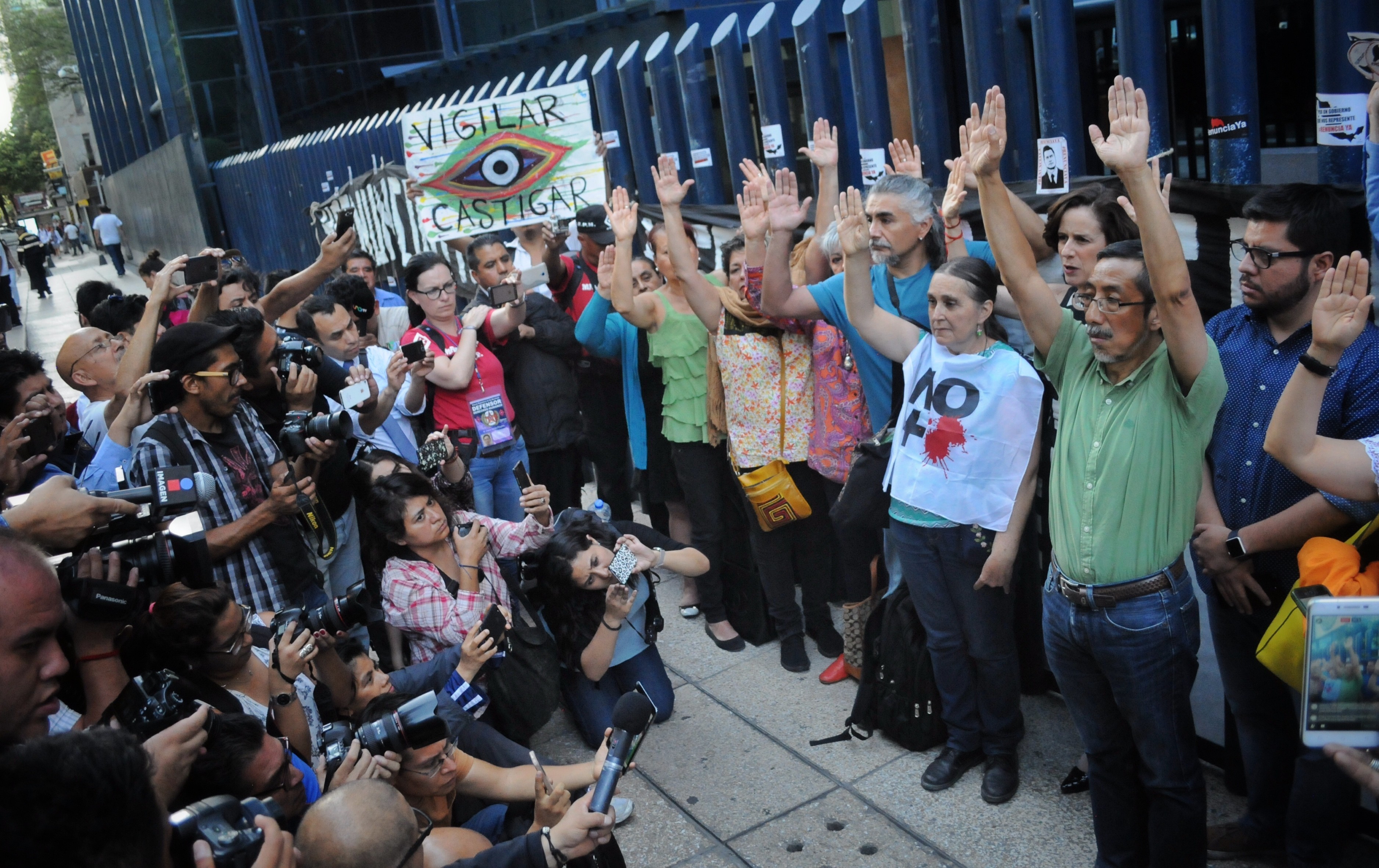 Mexico has dawned this Monday pending the iceberg Pegasus, scandal that does not stop growing. A journalistic investigation has revealed that at least 15,000 people were targeted by the malware in the country, a much higher number than previously thought. The new revelations appeal to the Attorney General’s Office, FGR, which opened an investigation into its use four years ago, an investigation that has not yet yielded results. Asked about it, a spokesman for the agency said: “It is an investigation in progress and due to its secrecy we cannot reveal anything.”

The attitude of the Prosecutor’s Office in the caso Pegasus contrasts with what he maintains in other high-profile investigations, such as the Ayotzinapa case. In the latter, the investigating agency periodically reports on its actions, especially when there are important news, such as the identification of one of the disappeared normalistas, a situation that has occurred twice in the last two years. Santiago Aguirre, director of the Miguel Agustín Pro Human Rights Center, says: “I think it has to do with the fact that it is proven that the agency used technology. What’s more, we don’t know if they continue to use it. Maybe that’s why they are so cautious ”.

During the Government of Enrique Peña Nieto (2012-2018), the National Defense Secretariat, the Prosecutor’s Office and the federal intelligence agency, Cisen, used Pegasus, a powerful software that allows the user to remotely access previously infected cell phones. At least those three, because it cannot be ruled out that other agencies, at the federal or state level, would acquire the malware. After the change of administration, the president, Andrés Manuel López Obrador, assured that the Government no longer used it. However, in 2019 a WhatsApp security flaw had left the door open to malware, infecting the phones of thousands of people around the world, several of them in Mexico.

Due to its nature, Pegasus is a product for sale exclusively to governments. That is at least what the creative company, the Israeli NSO Group, has always maintained. As a result of the new revelations of these days, such as the case of the reporter Cecilio Pineda, the uncertainty is even greater. Pineda was murdered in 2017 in Guerrero, when his cell phone was already infected. If NSO Group only sells the software to governments, how did Pineda’s murderers find him, a threatened reporter who had changed his address and continually watched his steps? Was it a coincidence?

Despite the doubts and the seriousness of the data, the silence is total. Aguirre states that there are two levels of responsibility. “The first is transparency. Informally they should give an explanation, the number of contracts signed, the way in which the malware, etc. The second is the criminal investigation. It gives us the feeling that [el fiscal, Alejandro] Gertz believes that this is simply about looking at the phones of the victims and seeing if it is true that they were infected or not. But that’s a very poor technical approach. Perhaps the fact that they have touched people close to the president will encourage the FGR to investigate in a comprehensive manner ”, he adds.

For Juan Manuel Casanueva, head of the Socialtic organization, focused on digital security, the magnitude of the espionage is surprising. According to the journalistic investigation coordinated by Forbidden Stories, 15,000 Mexican cell phones were on the list of potential targets for NSO Group clients in Mexico. “Compared to the rest of the countries on the list, it is outrageous. You can see that not only was there not a minimum control, but it was used as a daily and systematic surveillance tool, ”criticizes Casanueva.

The expert considers the FGR’s lack of interest in transparency evident. Over the years, Socialtic and other organizations, such as the Network for Digital Rights, have turned to the transparency law to obtain information on Pegasus’s contracts with the Public Prosecutor’s Office and the Government. In most cases, the answer has been sheer opacity. “It is impossible that they do not have a trace of all that,” says Casanueva, referring to the use of software during the Peña Nieto years. “Given the magnitude of the espionage attempt, it is impossible that those who headed the Interior, Defense, or the Prosecutor’s Office did not know it … It is already an institutionalized level of espionage.”