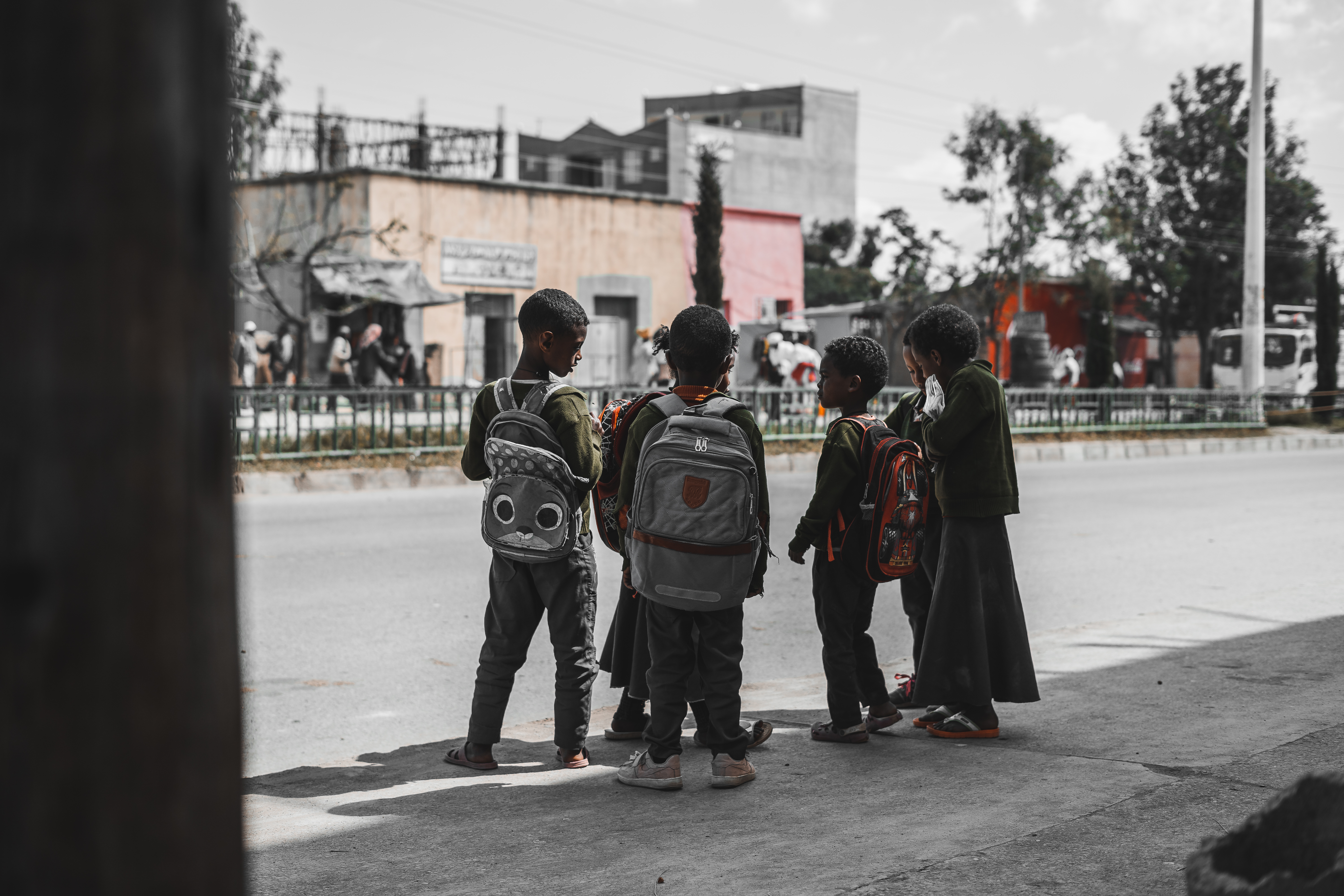 The activity cannot be stopped by the closing of borders, because the muscle would atrophy. Solidarity jumps over obstacles with creativity. The bridges continue to be built, even to avoid the infected fords of war. These could be the maxims of the group of enthusiastic athletes and physiotherapists who gather around Holystic ProÁfrica, a Spanish NGO which develops its pediatric physiotherapy and sports projects as a tool for social integration in Tigray, Ethiopia, an area in full conflict for a year and, consequently, suffers from the great difficulty of the entry of aid.

Thus, Pablo Llanes – the founder of the NGO – and his collaborators were temporarily left without their usual nexus on the ground, which is the missionary Ángel Olaran, who until last year lived near the capital of Tigray, Wukro. , for almost three decades. And while Olaran tries to return to what he considers his home, the people of Holystic Pro-Africa devise ways to continue to access the population of that stricken region in northern Ethiopia, at least with help from a distance. This is why they have just launched a fundraising campaign that started in July with the participation of a unique NGO team in the Madrid-Lisbon cycling race. It was made up of some members of the association and the athlete Álex Roca, with a motor disability of 76%, who overcomes obstacles every day of this life in which he was born with cerebral palsy.

There, in Tigray, when a family has a child with a disability, the husband leaves and society sees it as something normal because a child has been born that is rare.

After the demanding sporting event was saved and with the production of Álex Roca’s tandem partner, Miguel Silvestre, he produced an audiovisual report, in which they explain the mission that they have proposed in Tigray, while celebrating each pedaled stage of the Madrid-Lisbon race. The first step is the title of the piece that the NGO shows, these days, in face-to-face sessions and that can also be seen online, as part of his campaign to send support to the Ethiopian population.

“There, in Tigray, when a family has a child with a disability, the husband leaves and society sees it as something normal because a child has been born that is rare. So all our desire has been to help these families, to provide them with solutions ”, explained Llanes in the presentation of the audiovisual report. For his part, in the same act, Silvestre commented on the value of the effort and how they complement each other with the athlete Álex Roca, in tests as tough as the Titan Desert of 2019 (mountain bike through the dunes of the Sahara): “Álex was the first person with a disability or cerebral palsy who managed to finish a Titan Desert”.

In the report, Llanes clarifies the reasons why the dissemination of physiotherapy is vital for such impoverished populations, in which the conditions of pregnancy and childbirth increase the chances of anoxia (lack of oxygen in the blood) and fetal suffering, which they can lead to cerebral palsy and lifelong motor problems: “This makes them feel useful, stronger, more independent.”

Far from being an activity reserved for those who have everything in life resolved, pediatric physiotherapy is, according to these specialists, “giving skills, independence and affection.” Hence, to his mission in Tigray to mitigate the effects that these paralyzes have had in the lives of hundreds of children, through training and teaching a series of exercises, he now adds the intention of working side by side with midwives, so that they learn to detect fetal distress and try to stop it before it wreaks havoc on the future unborn baby.

Also Read  Exxon helped spark the climate crisis. It is time for them to recognize | Mark Hertsgaard

For now, the NGO Holystic ProAfrica is in a waiting rhythm, trying to send aid from Spain to Ethiopia, and praying that the senselessness of the war ends soon, to return to Tigray, to train with the new athletes that will leave there.