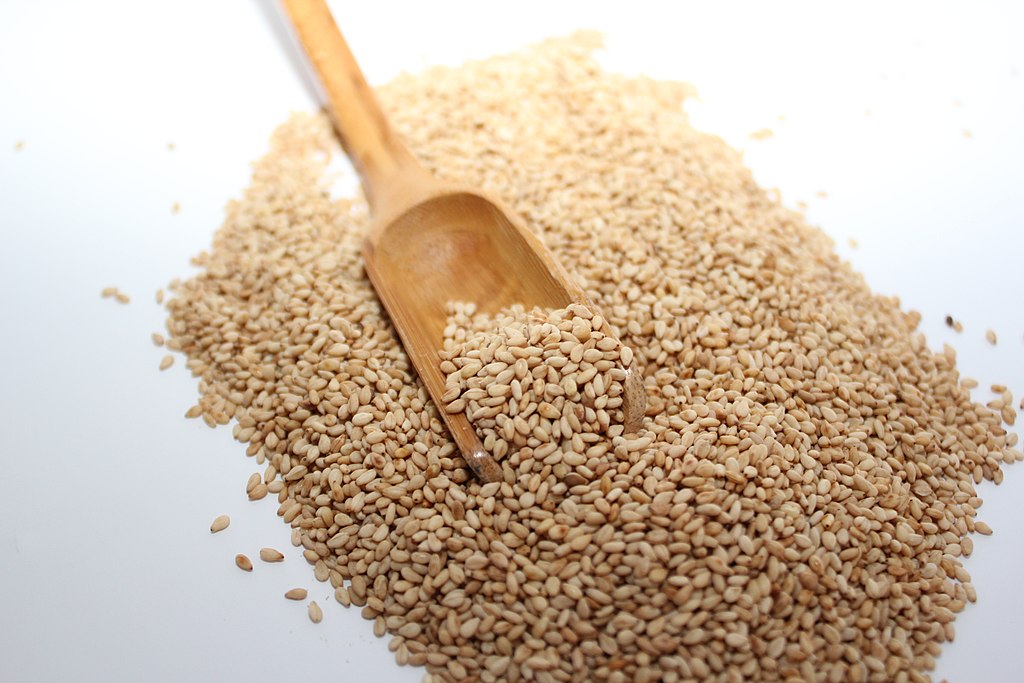 In recent months many people have had difficulty finding some foods in stores, such as sesame seeds in Spain or hamburger buns in France. The reason is that many products, more than 7,000, have been withdrawn from the European market due to the presence of ethylene oxide, a toxic substance that is not allowed in food. From September 2020 to the time of writing this article, 578 notifications due to this cause have been registered in the European food alert system (Rapid Alert System for Food and Feed-RASFF), coming from 24 Member States, including Spain , which has issued 38 alerts. This is an anomalous situation, given the number of notifications and products affected, which due to its magnitude is reminiscent of the incident in the summer of 2017, when millions of eggs were withdrawn from the market due to the presence of a prohibited pesticide called fipronil.

The problem became known at the end of August 2020, when the Belgian authorities detected high concentrations of ethylene oxide in several batches of sesame seeds imported from India. They found that they had been distributed from Belgium to 33 countries (24 of them members of the EU), so issued an alert at the European level. In this way, the affected agents (manufacturers, distributors, etc.) were able to withdraw the products from the market. Given the magnitude of the problem, the European Commission held a meeting with the crisis coordinators of each Member State to implement additional specific measures as a matter of urgency. Among other things, it was decided to emphasize controls for imported sesame seeds from India.

“The problem arises in August 2020, when Belgium detects high concentrations of ethylene oxide in batches of sesame seeds”

This could partly explain the remarkable number of alerts reported, a number that is further explained because the product, sesame seeds, is used as an ingredient in a huge variety of foods, from hamburger buns to hummus. As if that were not enough, ethylene oxide has also been found in many other imported products, not only from India, but also from other countries, such as China or Turkey: ground coriander, black pepper, curry, spirulina, guar gum, gum locust bean, flax seeds, etc., both conventional and organic production, which are commonly used in the production of ice cream, sauces, cookies and a long etcetera.

What is ethylene oxide?

Ethylene oxide is a compound that occurs as a gas at room temperature. It is used mainly as a raw material in the chemical industry to produce other compounds (especially ethylene glycol, which is used as antifreeze in cold installations). It is also used as a sterilizing agent, especially in materials that are sensitive to heat, such as medical equipment or laboratory equipment, since it is capable of eliminating undesirable microorganisms. This is possible because it damages DNA and is precisely what makes it dangerous to human health. That is why in the European Union its use is prohibited in food, both in agriculture (such as phytosanitary), and in the preservation or processing of food.

“It is used as a sterilizing agent, because it is capable of eliminating microorganisms by damaging their DNA. And that is precisely what makes it dangerous to health “

However, in other countries such as India it is used with some frequency, as evidenced by this incident. However, food imported by the European Union from third countries must comply with European legislation. To verify this, not only are analytical and documentary controls carried out at the borders of the EU, but the European Commission also carries out regular audits in the countries of origin. From the latest audit reports carried out in India it appears that the use of ethylene oxide in that country is relatively recent.

During the last two decades, sesame seeds imported from India have been rejected at the EU borders repeatedly due to contamination with salmonella. To try to prevent the development of this pathogen, the producers used methyl bromide, but it seems that it was not effective. It is possible that this led them to replace it with ethylene oxide, which is 10 times more effective at preventing the growth of undesirable organisms, such as bacteria, molds and insects. Judging by the latest food alerts registered in the RASFF system, it seems that in this way they managed to eliminate the presence of salmonella, but in return the products end up contaminated with traces of this toxic compound.

What risks does it entail?

The main problems for human health derived from the use of ethylene oxide are not related to its intake, but are limited to the workplace. That is to say, they affect people who work with this compound, for example, in chemical plants where it is produced or transformed or in sterilization plants for medical material. In these cases, adverse health effects occur mainly due to accidental exposure, mainly by inhalation, continuously over time (10 years or more are estimated) and consist of an increased risk of developing pathologies such as leukemia and lymphoma.

With regard to food, in the EU exposure to this compound through this route is not frequent, since its use is not allowed. In addition, in cases such as contaminated food from these alerts, it occurs in relatively low concentrations if we compare them with occupational exposure. This is mainly due to the fact that, being a gas, most of it volatilizes over time.

European legislation establishes maximum limits for the presence of polluting substances. In the case of sesame seeds, this limit for ethylene oxide is 0.05 mg / kg, which coincides with the detection limit in the analyzes, which for practical purposes means that, if its presence is detected, the product is rejected and cannot be marketed. The first alert notified by Belgium in September 2020 reported a content of 186 mg / kg, that is, an amount 3,700 times higher than the legal limit, although in most products the quantities detected have been found in the range of 1- 10 mg / kg.

Are these amounts dangerous?

When talking about toxic compounds, it is common to mention a famous phrase of Paracelsus: “The dose makes the poison.” That means that the toxicity of a compound depends on the amount to which we are exposed, so in reality all substances are potentially harmful: from the water we drink to the oxygen we breathe (for example, if we drank seven liters of water in an hour we could perish). But in reality we reserve the qualifier “toxic” for substances that are capable of producing adverse effects on our health even at low doses, as occurs for example with cyanide. For most of these substances the relationship between dose and adverse effects is usually linear. This means that if we consume a very low amount of cyanide we would probably not suffer adverse effects, but as we increase the dose, we will suffer more and more notable effects.

However, there are substances, such as ethylene oxide, that are carcinogenic and mutagenic. This implies that there is no safe dose of exposure because any amount is potentially harmful, since it is capable of damaging DNA and causing adverse effects (in this specific case, its consumption is associated with the development of stomach cancer). Furthermore, the relationship between dose and response is not linear, but exponential, which means that a small increase in dose can translate into a very marked increase in response.

“When talking about toxic compounds, Paracelsus is quoted: ‘The dose makes the poison.’ The toxicity of a compound depends on the amount to which we are exposed “

Of course, it is essential to take into account an important nuance. This does not mean that mere exposure to a small amount will inexorably cause cancer. It is possible, but unlikely, as occurs when we suffer a small exposure to other agents that are also carcinogens, such as tobacco, UV rays that come from the sun, alcohol, processed meat or the polycyclic aromatic hydrocarbons that are produced when we cook grilled meat. That is why it is possible, but unlikely, that we will develop lung cancer just from smoking a single cigarette in our life or melanoma from sunbathing without sun protection for a single afternoon, but each time we do so, the chances that that happens.

In summary, there is no tolerable intake level for ethylene oxide. This complicates risk assessment, which is essential for making food safety decisions (for example, when managing a food alert). What is done in these cases is to estimate the range of doses for which the compound is more likely to cause a small but appreciable adverse effect. (benchmark dose or BMD). From there, the minimum confidence limit (BMDL10) is considered, which is the dose for which the change in response (the appearance of that damage) is statistically likely to be less than 10%. This is compared with the exposure to that substance through the diet, so that the margin of exposure can be known and an idea of ​​the “level of sanitary danger” can be obtained, which allows managing decision-making and defining actions to keep such exposure as low as possible.

For example, there are potentially genotoxic and carcinogenic compounds whose presence is difficult to avoid in food, such as acrylamide that forms naturally when we toast bread too much or when we fry potatoes until they turn dark colors. In these cases, what is done is to establish limits for which the risk of damage is considered to be lower, so that they serve as a criterion for the food industry when preparing these foods. Also Recommendations are given to the population not to over-toast the bread or over-fry the potatoes.

Ethylene oxide is not a random and unavoidable contaminant, it was added on purpose. The risk assessment carried out based on the concentrations found in the contaminated products and considering the quantities consumed in a normal diet allowed to determine that the “level of sanitary danger” is serious (in terms of alert management) [al menos según las cifras manejadas por los Países Bajos, donde dicha evaluación se hizo pública]Therefore, the immediate withdrawal of the affected products was decided.

In Spain, the Spanish Agency for Food Safety and Nutrition (AESAN) has published several informative notes on its website since last November to publicize the situation. They indicate that all measures are being taken to withdraw products made with contaminated ingredients from the market, avoiding health risks derived from their possible commercialization (in some cases they have already been rejected at the border).

Miguel A. Lurueña (@gominolasdpetro) is a doctor, graduate in food science and technology, agri-food technical engineer and scientific popularizer (www.gominolasdepetroleo.com).

NOURISH WITH SCIENCE is a section on diet based on scientific evidence and knowledge verified by specialists. Eating is much more than a pleasure and a necessity: diet and eating habits are right now the public health factor that can help us the most to prevent many diseases, from many types of cancer to diabetes. A team of dietitians-nutritionists will help us to better understand the importance of food and to break down, thanks to science, the myths that lead us to eat badly.