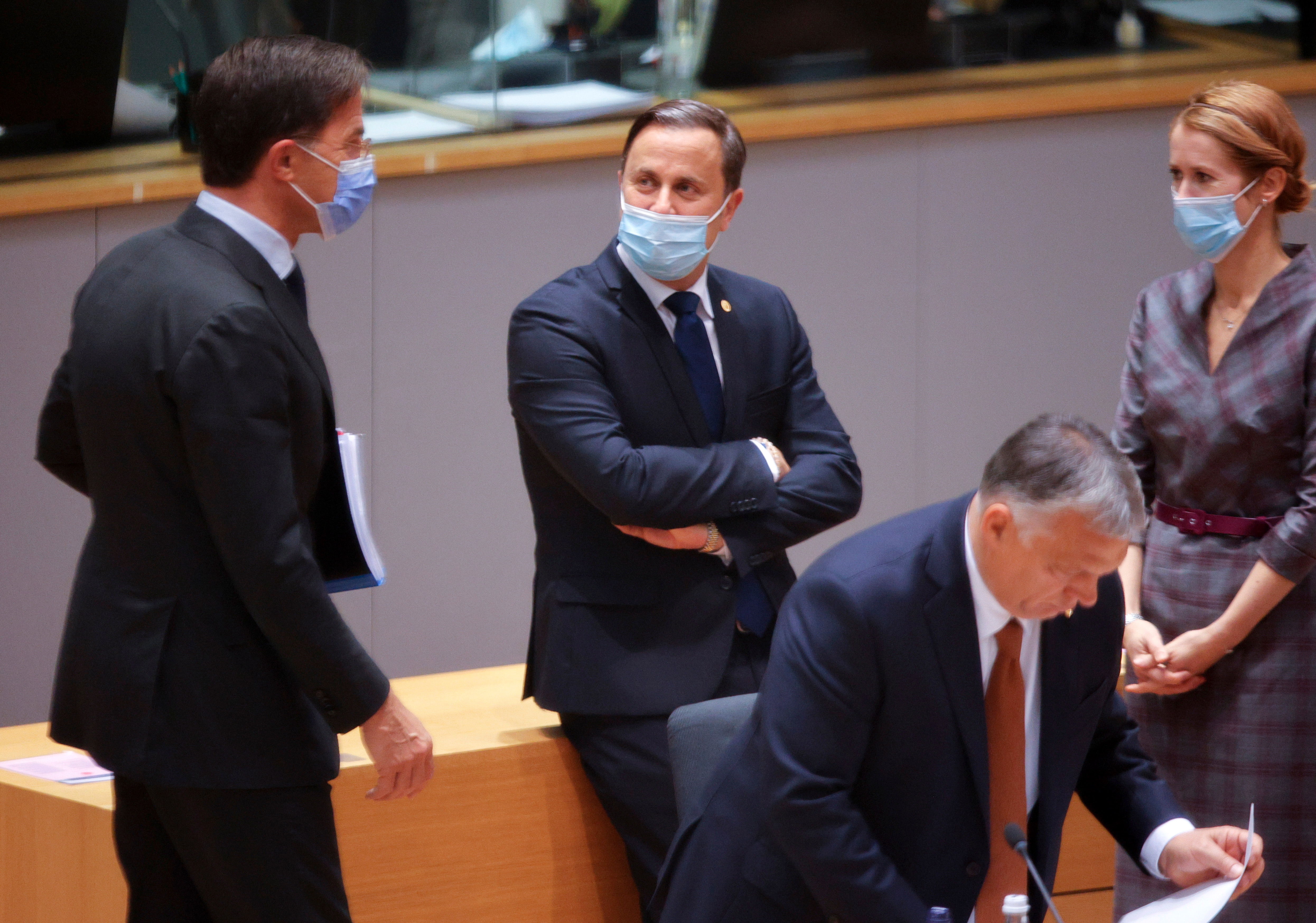 When you take a battle to Brussels, you know where it starts but never where it ends. Throughout four hours on Thursday afternoon and, after dinner, in a debate that lasted until midnight, the leaders of the EU engaged in a discussion on the escalation of energy prices and its possible solutions . But that seemed like a disorderly cacophony at times. The agreement produced a minimum consensus, with little forceful advances and that he mentioned up to two occasions the “diversity and specific situations of the member states”: the best reflection that one of the most complex and multifaceted discussions of the community club has been opened.

Very European-style, the Twenty-seven decided to procrastinate and give themselves more room to continue negotiating, meeting to continue working on an extraordinary Energy council next week and at the next leaders’ summit in December. Most were able to go to the hotel to rest with a feeling of success.

The negotiation, led by Spain since the summer and boosted with perseverance to the category of existential crisis of the Union, at some moments became a crossroads of disparate opinions in which each State was contributing its vision, trying to raise its domestic agenda to the rest: with France leading the group that advocates treating nuclear as green energy on the road to ecological transition, Hungary at the forefront of the bloc that denies and intends to blow up the European green pact (which once again considers a new interference from Brussels , and the one who blames the evils of the rise in prices), and the Czechs denouncing speculation in the trading of emissions rights – an opinion shared by other partners, including Spain and Poland.

Also Read  From secretary to alleged Nazi beast accused of collaborating in the deaths of 11,000 people

Meanwhile, the Baltics warned against the power of the Russian neighbor and its ability to achieve political goals by playing with the flow of gas, although others encouraged signing long-term contracts with the also Russian Gazprom, which will also supply fuel to Germany through of the Nord Stream 2 gas pipeline once it receives approval from Brussels.

Berlin, along with other partners such as the Netherlands or Sweden, remains in a position that avoids playing with flammable material; a position similar to that defended by the European Commission, which is fearful of any profound reform of an energy market that has taken years to negotiate.

German Chancellor Angela Merkel asked not to mix the debate on energy prices with the ambitious path of ecological transition agreed in the EU. And he demanded prudence in the reaction: with social support measures for the affected groups, but without drastic reforms of the system. Also during the negotiations, the head of European diplomacy reminded the 27 of the importance of the international dimension of what they were dealing with. “A great geopolitical issue,” he called it before the appointment, “with important social consequences.”

“The debate is very open,” noted a source familiar with the discussions, even in the heat of battle. “There are very different positions depending on the geographical position of each country.” From the Commission they had warned that each country is a world, with its own energy mix, and its policy worked out for years. Another source with access to the negotiations, and with a bit more reluctance, compared the underpinning of the Council’s conclusions text with a Christmas tree in which each State took turns placing its ornament. Spain, for example, and according to this source, thus managed to translate into the agreement an express mention that the issue be reviewed again in December, thus maintaining the tension on the energy dossier, and avoiding the temptation to fall into the I forget.

After four hours, the negotiations were still stalled and the President of the European Council was sweating to agree on conclusions that would make everyone smile. The text agreed at almost dawn reflects a balanced language, forged with the skill of a tightrope walker. In it, the Council asks the Member States to make urgent use of the tools proposed by the Commission last week to alleviate vulnerable groups, and invites the EU Executive to study the functioning of the gas and energy markets and that it monitors the trade in CO₂ emission rights (suspected of speculation) to assess whether certain sales movements need regulatory action.

He adds that an extraordinary Energy Council will take care “immediately” to continue developing the work next week and “the European Council will keep the situation under review and will return to it in December” (something that leaves Spain happy). It also calls on the Commission and the Council to consider medium-term measures that seek greater “resilience” of the energy market. And it mentions the diversity of countries, but not directly atomic energy. Although it does not go much beyond what was already among the measures advanced last week by the Commission, it does support its conclusions and give them the strength of a pact sealed between the Twenty-seven.

The discussions, in fact, have been based on this recent communication from the Community Executive, which recognized last week the seriousness of the moment, with a 200% increase in wholesale energy prices and the verification of the European dependence on gas ( imports reach 90% of consumption). His proposal, however, was largely a set of short-term tools limited to what already exists: aid and tax breaks to alleviate vulnerable individuals and businesses, without leaving a comma out of European law. Brussels also picked up novel proposals such as joint purchasing and the creation of gas reserves, but not for their immediate application, but to “explore” them; just as he has already promised to study the current energy market and the possible speculation in the trade of CO₂ emissions. The preliminary results of those studies are expected in November.