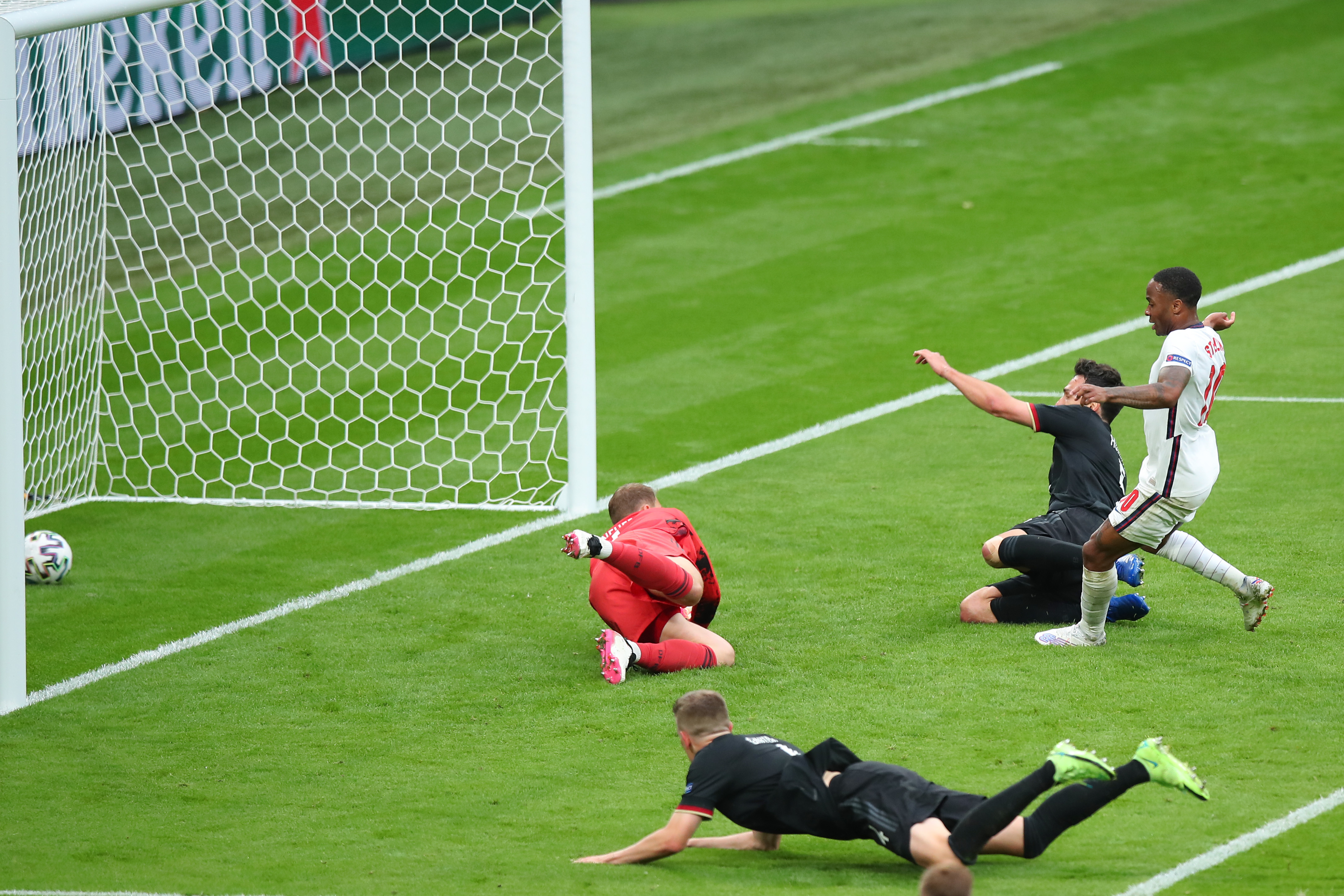 In the end, after days of chewing on years of melancholy, England did not have to go through penalties against Germany, but got rid of that trauma of their coach with another goal from Sterling, the boy from the neighborhood. From his goal, England took back Wembley, the back garden of his childhood home, and the national stadium so often sullied by the Germans, to the point that the country shakes every time they peek through the door. They had not taken them out of a great tournament since the 1966 World Cup final, more than half a century of disappointments, until Southgate, one of the photos of those disappointments, gathered this new group of boys and expelled Germany from the European Championship, and maybe from his nightmares. England, who have not conceded a goal in four games, will play the quarterfinals in Rome on Saturday against the winner of Sweden-Ukraine.

The game, as Southgate had insisted on repeating, was just a game, and the boys weren’t even born in the previous tragic installments, yes; But when the ball started rolling and Wembley shook, the first afternoon in a year and a half with 45,000 seats, it did not seem just that, but it had the whole face of being another episode embedded in that old series of despair. Germany caught the ball and the metronome, settled in the center of Wembley, like home, and began to administer a flurry of balls between the defenders. Pickford cleared a couple of shots, Rice took an early riser yellow, and the downpour continued.

Until 19-year-old Bukayo Saka appeared only in his seventh game with the national team. If anyone belonged to that group of forgetful footballers invoked by their coach, that was the dazzling Arsenal winger, to whom his parents, Nigerians, would not have even told the old scary tales of the German shredder. Saka glides like a skater, surprises like a gambler and collides with the giant Rüdiger without leaving the rails. He didn’t have time to chew on the fear, or the shock, or the unusual chorus of the stands. He had a destination: Neuer, and he headed for the first, and the second. And Trippier, his partner on the right wing, started to applaud him the first time he challenged Rüdiger, escaped and opened a world to them.

Saka was also the first to go after Kroos and dump him. He was immediately joined by Kalvin Phillips, who stepped on the German and received a warning from the referee. Phillips had lived the eve by putting videos of the madridista on YouTube and announcing a physical match to snatch the ball from him. Saka’s alarm clock led in its wake to Sterling’s first far shot.

The Arsenal boy was a novelty and he wasn’t. He started in the previous match, against the Czech Republic, on his sixth day as an international, which ended as the best of the match. It had changed the most that Southgate had around him: he went from a defense of four to a three with two lanes, Trippier on the right and Shaw on the left. They won more centers to the area, but they did not find Harry Kane either, another afternoon that began floating up in solitude.

Also Read  Six for the Six Nations: Players to watch from Genge to Woki | Six nations

Germany barely fussed and still had the best chances, like a Havertz volley from Pickford with his fingertips. Or a leaked ball from Havertz to Werner, or another from Kroos to Kimmich. From England, you could barely score a few aimless headers and a double uproar in which Sterling fell first and then Kane.

There came a time when the biggest tremors in the stands came from the screen, when Beckham appeared, and when the camera focused on Grealish. A hint from the filmmaker to Southgate? A couple of minutes later he introduced that rare talent, fake slow, handsome, resistant, with slight echoes of Gascoigne even in the scent of tragedy. What happened to the game thereafter lived up to the excitement of the stands.

Sterling found Kane, and Kane had Grealish where he needed him. Hence Shaw and Sterling, who scored his third goal of the tournament at Wembley, then the only three for his team.

Germany did not want to pause and after two minutes Havertz left Müller alone against Pickford. But he threw her out by a foot, maybe a foot and a half, and he was pinned to his knees, clutching his head. That does not happen to Germany. Neither did the following, again between Grealish and Kane. The Aston Villa dancer left him floating a delicate pass that the captain, dry until then in the tournament, disconnected and sad, nodded to the net. After that, the only thing left was the long return to the ring and the preparations for the trip to the Olimpico in Rome, where the quarterfinals play on Saturday. If they go ahead they would return to Wembley for the semi-final and final, back home to Sterling.