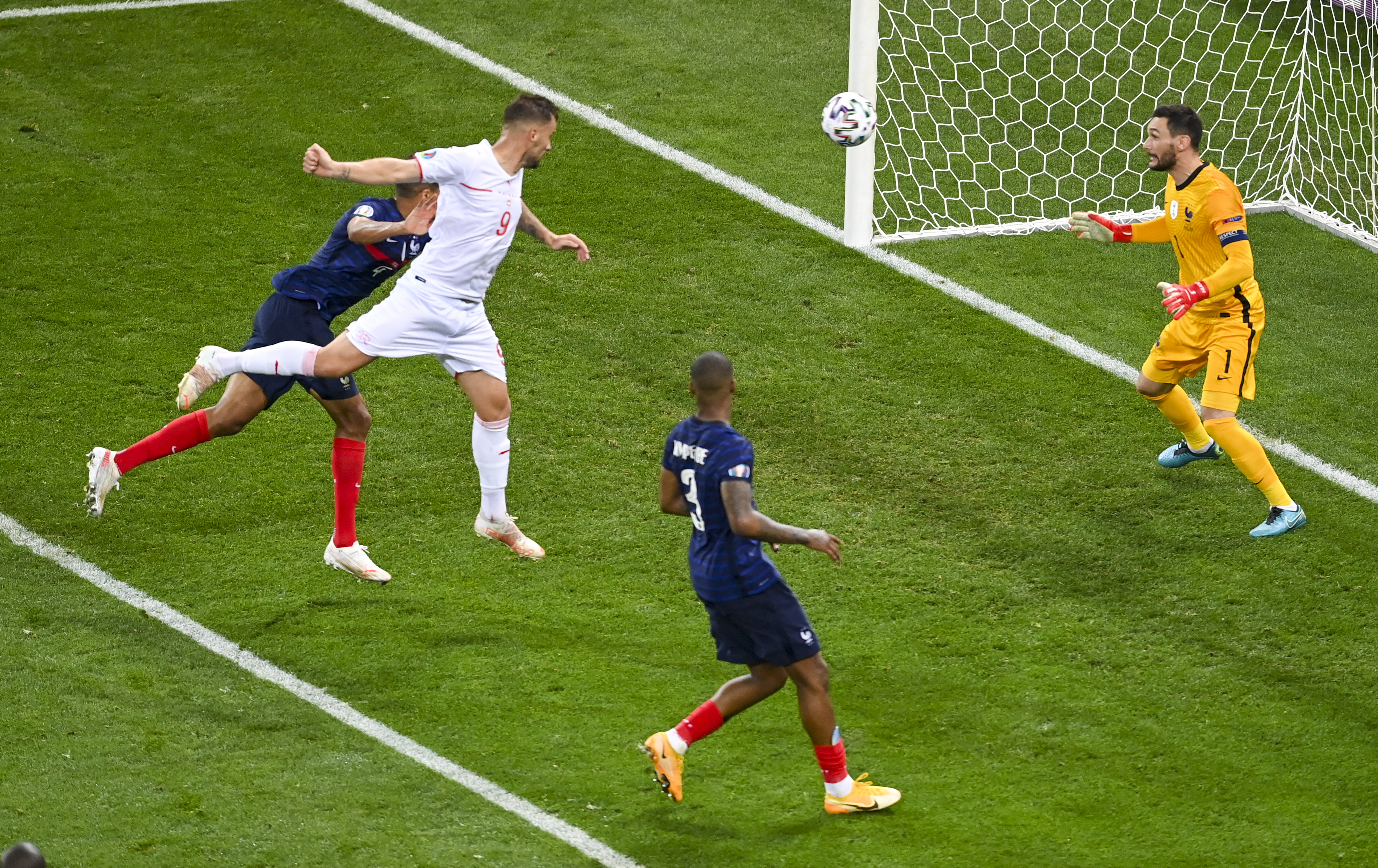 Philippe Senderos (Geneva, 36 years old), son of Julio, a Spaniard from the province of Guadalajara, and Zorica, of Serbian nationality, played three World Cups with Switzerland (2006, 2010, 2014) and one Eurocup (2008), was 57 times international (five goals) and played, despite suffering several injuries, in Servette, Arsenal, Milan, Everton, Fulham, Valencia, Aston Villa, Grassophers, Rangers, Houston Dinamo and Chiasso, where he retired with 34 years. Now, the former defender is the sports director of the club that saw him grow up and one day he hopes to be a coach. On the eve of Spain-Switzerland, Senderos reviews his professional career with infinite patience with a verb, in Spanish, easy and fluent. The interview could also have been conducted in French, English, German, Italian, Serbian… and Iranian, the nationality of his wife. He speaks all those languages.

An injury-ridden career. “Despite everything, I had a good race. Of course they were a constant brake on my football development. At first I wondered why it was happening to me. I saw other players who cared less and nothing happened to them. That tired me more than recovering. In the end, I decided to think that I had a predisposition to injure myself and each injury strengthened my mental part. I met them with self-denial. It was clear to me that they couldn’t tag me as a player because of them. The more injuries you have, the more you will have. It was inevitable. I never flinched. I always thought I was going to come back and stronger than before ”.

Victory in 2010 against Spain. “It doesn’t put it in my passport, but it could be put because that victory at the 2010 World Cup in South Africa was very important. Winning the one who later became the champion is still something incredible. I was also injured in that game, but I participated. I understand that in Spain a debate was generated after that defeat because he did not play as badly as he said. Our thing was to defend and take advantage of the opportunity if it came to us and it came to us. We hurt them because we could go against it. We resist with our strength ”.

A mix of styles. “This current Switzerland has values ​​of the cultures that we have in the country. From the French side we have to play football well; from the Italian side, that we are able to defend low and leave the initiative to the adversary and then surprise him, and from the German side, that we go out fast and always forward. We are a mix of the three styles also in football culture. The national team is the living mirror of the country. It reflects their qualities a lot. I am an idealist and I see it that way. We have players from many origins and we have the possibility to use them in all sports and in life itself. It is an example of integration into society ”.

This is Switzerland. “It is a brave team, without complexes and that has more football quality than it may seem. He respects the principles of football and always wants to play. It is a philosophy that the new coach has brought [Vladimir Petkovic] and the team obeys it. To win against Spain, he will have to repeat what he did against France. The same. Never stop believing. Not giving up. Many Swiss turned off the television, but the team was always there and ended up winning. As for the game, you must take advantage of the opportunities that are left to you. It may seem like a cliché, but it is not. It has already been seen that in important matches this team has responded. In the first two, against Italy and Wales, he was at a lower level than he really is. We are a young team, we only have three players over 30 years old. It is a wish of the coach. He wanted to renew the team and have the highest level players ”.

The tactic of the three centrals. “It is a system that we know perfectly well. We have been working like this for a long time. Always playing with the same defense gives us a lot of security. A stable system is always beneficial for the players. It is not non-negotiable, we have also played with four. This defense demonstrates Italian and German influence. This selection is very varied, some were under-17 world champions (2009) and the majority play in Germany, in Italy … where they have the possibility to express themselves. Now when we make changes there is no decrease in collective performance. In the past we did not have spare parts to maintain the level of the team. Now we are a great team and I am not saying it only for this tournament, but for the last few years. Few games are lost and few goals are conceded ”.

Without Shaka, as without Busquets. “Similar. It is a great loss for the dressing room and for the field. Whoever enters will help us in another way. It will be cooler, but it won’t be the same ”.

The two left-handed centrals. “Playing with two right centrals is common. I played a lot on the left and was right-handed. Speaking clearly, it is a limitation to play on the other side. It does not allow you to open your foot and play out. As Spain plays it needs people who can open the pass to control the game. It is compensated because they are two left-handers who play well and since the team is in control, it does not slow them down as much. At another level, playing with two left-handers would be more complicated ”.

The mutation of the Red. “Despite the draws against Sweden and Poland, I did not doubt the quality of the Spanish players. They needed big games to really behave as a team and now they have proven to be so. It is a great team that can beat any of the remaining teams in the championship ”.

Sergio Ramos. “I cannot enter the criteria of the coach. He is there for something and he is the one who decides. Personally, about Sergio Ramos I can only say that he is a defender of great quality, with experience, that in a short tournament like this he could help with everything he has learned and developed in his career, but one could also talk about Cesc Fabregas, who neither is it. Regarding its quality, there are no doubts ”.

“At the Bernabéu I vomited from nerves”

His father, Julio, was a Madridista who would not eat dinner at night if he lost the team. He inherited his genes. “He always bought me the shirt and when I was little it was also from Madrid. When they came from preseason to Nyon, near Geneva, I would visit them at the hotel. The signatures didn’t tell me anything, I wanted photos to remember the moment and I told myself that one day I could be there… I have photos with Capello, Seedorf, Roberto Carlos, Hierro… Over the years later you become fan of the team you play for. The nice story is that when I arrived at Milan and Seedorf was there, I showed him a photo with him. I was nine years old, and he posted it on his website. “
Another day that Philippe has in mind was when he played a Champions League tie, Real Madrid-Arsenal, at the Bernabéu in February 2006. “I am very nervous by nature. It wasn’t just because of playing against Madrid. It was obviously a special moment. I live everything with great intensity and the games, more. Before playing I always felt something and if I did not feel it, something strange was happening, that it was not going well. He needed those nerves to do well. It was like positive pressure. The image of an animal in the jungle that runs behind you. I have also seen Zidane vomit on the field before taking a penalty and Messi take some stomach pills and I am not comparing myself to them, who are from another galaxy. The vomiting thing happened to me at the Bernabéu because it was a special moment, and when the game started everything happened. Before starting, I admit that I felt some special nerves ”.