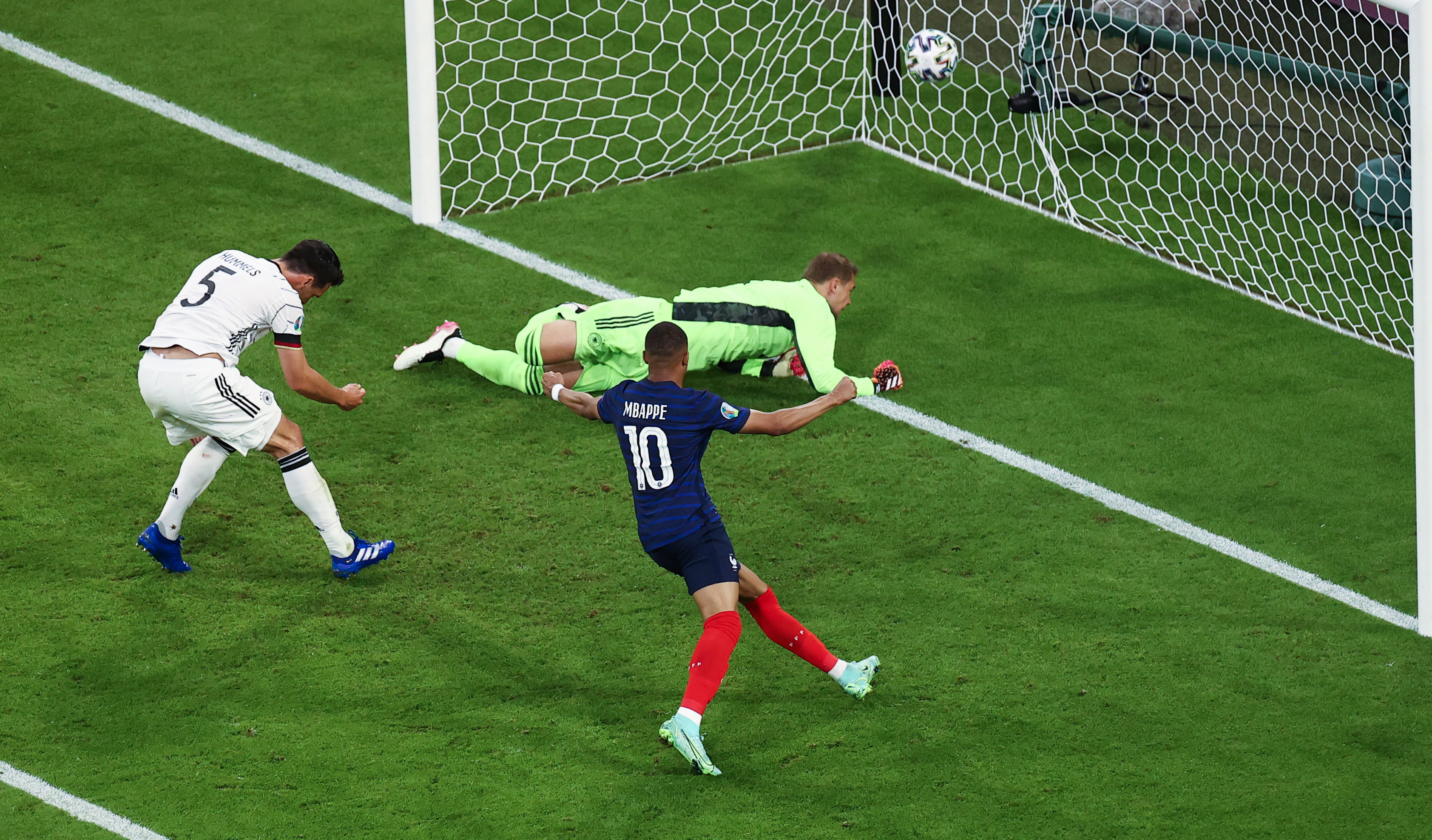 France won without playing well. The team with the best footballers on the planet won without their figures shining. It was imposed without causing a great stop by Neuer. It was enough for him with a goal against Hummels to record the 0-1 against a Germany that has been in crisis for five years and, nevertheless, dominated the ball and the field based on courage, order and a desire to survive, encouraged by its people in Munich.

France conquered the 2018 World Cup playing a heavy but effective game. That Neolithic mill wheel that slowly crushed its adversaries has been replaced by something else. It is not known, at the moment, what it is about. Faced with an interwar rival, hastily rearmed after La Cartuja’s 6-0, the novelty was substantiated in an unrecognizable game team, without a pattern, disjointed. Something remained unchanged regarding the World Cup adventure. Through thick and thin, France held on thanks to the constant intervention of its three midfielders. There is nothing comparable to the trio of Kanté, Pogba and Rabiot, shadow workers who supported France when it seemed cornered.

The propaganda machine announced the triumph of an iron logic according to which, in contact with Benzema, the best generation of French footballers in history would produce an exquisite game, masterpieces of indoor football gushing out of the boots of the splendid members of the golden trio that debuted in an official match. On the night of Griezmann, Benzema and Mbappé, the distance that separated the media noise from the reality of the competition was summed up in the character of the goal that opened the scoring in the 20th minute.

France served out of the rival field and Pogba changed orientation for the arrival of Luchas Hernández. This magnificent center-back turned into a hard-line winger took advantage of Kimmich’s oversight to put a bitten, funny center into the small area. The first news of the action was that none of the three magnificent French forwards managed to win the position to Hummels. The second that Hummels, whose slowness long ago removed him from the catalog of the best center-backs, reacted late and instead of clearing he scored a goal.

The goal, accidental, did not respond to the activity of the forwards. Benzema’s contribution to the game was concentrated on leaving balls in the face in intelligent supports that briefly streamlined circulation. Stationed in the area of nine, the Madridista freed himself —or was freed— from the burden of defensive duties. As when France lost the ball he did not come down, his attitude had a contagious effect. It didn’t take long for Mbappé to pick up. The consequence did not take long to reveal an unusual fact in Deschamps’ once supportive painting: the team split.

With the three midfielders and four full-backs, France was dominated by an opponent who was far from perfect. Havertz, the hero of the last Champions League final, fell prey to one of those afternoons so common for him, in which he becomes, at times, just another spectator. On the right, Kimmich did little to take advantage of the highway that Mbappé freed him. It didn’t matter. Germany was enough with the axis formed by Hummels, Toni Kroos and Gündogan to go threading passes until beating the most expert footballers in pressing that exist. Pep Guardiola attests. It is not normal to see Kanté overwhelmed by the combinations of his opponents. This happened in Munich. And it happened without the ball rolling too fast either. It happened because the French frame lacked the armor layer that made it impenetrable in its brightest days.

For a long hour, Germany prowled the Lloris area without making the last touch, probably because it lacked quality at the top. The centers rained on Varane and Kimpembe and, in the absence of articulated football to get out of the quagmire, Mbappé’s lack of ambition to exploit the empty park that opened up ahead of him drew attention. As if dismissing kickbacks as vulgar, Mbappé paused where they weren’t necessary. In that strange spiritual quest in which he is embarking, the PSG striker does not feel fulfilled just by running and scoring goals.

Benzema had scored a precious goal, annulled for offside, when the most bizarre play of the night was unleashed. Pogba broke the first pressure and played from his field for Benzema, who, with a brilliant touch, left Mbappé alone in front of Hummels. Suddenly, before the crowd of eager Bavarians and eager French, fate placed the fastest footballer against the slowest. As football transcends the logic of the singles, the loser won. The ball stayed with Hummels.