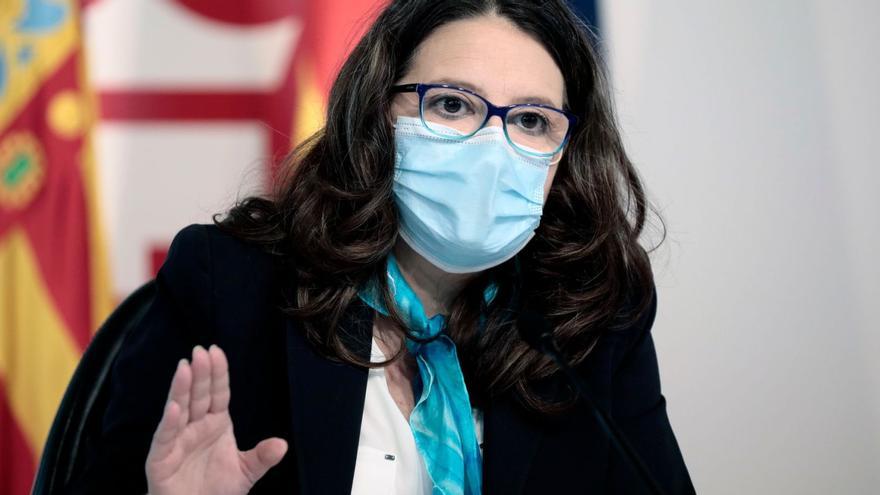 This is stated in a letter from the Petitions Committee, in which this body states that it has examined the petition of the PP deputy and declares it “admissible”, given that the matter raised falls within the scope of the EU. For this reason, the European Commission is requested to carry out a preliminary investigation and also sends the request to the Coordinator of the European Parliament for the Rights of the Child and requests information on the matter from both the European Commission and the Generalitat Valenciana itself. .

It has been the popular deputy in Congress Teodoro García Egea who has revealed this investigation at the end of an intervention in the control session in a response to the second vice president and Minister of Labor and Social Economy, Yolanda Díaz. “I have to ask you a favor. Next Saturday you are going to support Mónica Oltra in Valencia. A disgrace with the investigation that the European Parliament has opened“, has indicated the also secretary general of the PP in reference to the act ‘Other Policies’ in which both will participate this Saturday.

Bastidas exercised the right to petition before the EP in the face of “numerous information of extraordinary gravity that affects a plurality of minors under the guardianship of the Generalitat Valenciana, who in recent years have been subjected to sexual abuse in public facilities of reception in different places of the Valencian Community “.

Among the examples attached, he referred to cases such as a man facing trial for raping a 13-year-old girl who escaped from a Buñol juvenile center; to the arrest in Alicante of a woman accused of providing drugs to girls sheltered in juvenile centers, whom she urged into prostitution; three detainees in a juvenile center in Valencia for alleged abuse of two minors outside the facilities; the conviction of a minor for a sexual assault on an educator at a center and the situation at the Segorbe and Monteolivete centers.

The ex-husband of the Minister of Equality was also sentenced to five years in prison for abusing a minor under guardianship in a center in Valencia, since the prosecutor in this case pointed out the Generalitat “for not protecting the minor.”

“These examples are just some of the number of cases that unfortunately occur with an intolerable frequency in the minors’ centers of the Valencian public welfare network, endangering the physical integrity and sexual indemnity of the most vulnerable people, who are minors who They are under the supervision of the administration because they do not have parents or guardians to take care of them, “Bastidas explained.

According to the popular deputy, these are serious events that “transcend the regional or state level and represent a clear violation of the fundamental rights of those minors who are protected by the public powers.”

“After what we have learned, what was said in the conviction, what was said by the Síndic de Greuges and now the investigation of the EP, we do not know what else has to happen for the president of the Generalitat to take action on the matter and break your silence. We want you to pronounce on this and say if you will continue to keep your vice president in office despite everything, “demanded Mazón.

In his opinion, the opening of this investigation “It is good news that will serve to shed light that the tripartite has not wantedor “and he has reproached Puig for” for months he has put himself in profile in this case. ”

Along these lines, he has demanded that he “manifest himself publicly” now. “Oltra has not been in charge of the Ministry for a long time, much less when he has tried to hinder the investigation and belittle the minor, who was not believed by his department, as indicated in the court ruling,” he said. , to add that it is a case that causes “embarrassment and shame”.

“Oltra put his personal and political interests before the rights of the minor and Puig can not continue looking the other way”, he has stated and has shown his confidence that the European Commission “will have more luck than the PPCV and obtain the Valencian Government the information that until now has not been wanted to give “.

Mazón has pointed out that the PP in the Valencian Cortes has already requested an investigation commission in the autonomous chamber on the case of the ex-husband of the councilor “and the tripartite covered Oltra’s back, preventing the facts from being clarified“.

“The abuse of minors is abominable and the Justice has already acted, condemning the educator to five years in prison. Our role as politicians and representatives of the citizens is not to judge, but rather to try to give the appropriate political explanations before the attempt to obstruction, “he concluded.