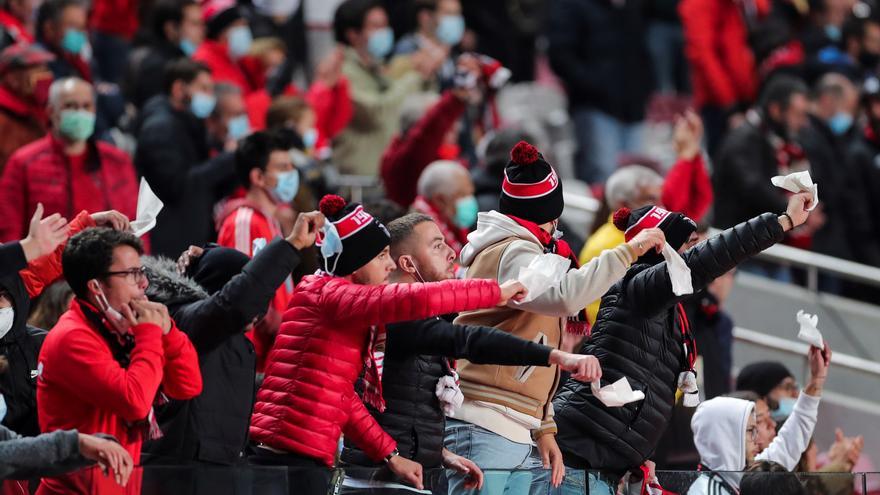 In Portugal it is already known as the shame party. That’s right. It happened last weekend, in the field of Belenenses. The local team had suffered a covid outbreak that affected almost its entire squad, between infected and isolated by close contact (later, it was confirmed that all were affected by the omicron variant), and barely had footballers for their match against him Benfica. The club requested the postponement of the match for this reason, but the Portuguese league denied it, citing a shortage of dates in the calendar.

Os Belenenses was forced to play, but could only have nine players, almost all of the U23 squad, and two of them were goalkeepers. At halftime, Benfica was already winning by 0-7 and the local team decided to go out with only seven players in the second half. Shortly after, he claimed the injury of one of them to force the suspension of the game, since a team cannot play with six troops or less on the pitch.

And so football, with a stroke of embarrassment, became aware that all the fears of the pandemic that seemed already forgotten are reappearing with force, once again threatening the stability of the sport throughout the continent. In Portugal, at least, they learned the lesson: this week the confinement of the workforce of the Tondela and the league, now yes, announced the postponement of their match this weekend against him Moreirense.

It has also been postponed, although with more uncertainty, the duel that Os Belenenses himself had to play this Saturday against him Vizela, after confirming the Portuguese health authorities the mandatory confinement of the entire squad until next day 10, so the Lisbon club lacked sufficient troops to play the match. Having learned the lesson of embarrassment against Benfica, the Portuguese competition has now made the decision to postpone the match.

The Portuguese case has been the most striking, but the concern extends throughout almost all of Europe. In Germany, RB Leipzig He has already had five positives for covid in the last two weeks and has been forced to close the doors of his stadium to spectators again by order of the authorities of Saxony, one of the most affected regions of one of the most affected countries , with a skyrocketing rate.

The Bayern, of the state of Bavaria, has also been forced to close the Allianz Arena, a measure that will affect the decisive visit of the Barça to Munich next week, in which the Catalans will have to play their pass to the next round of the Champions League. In other German states the fields remain open for the moment, although limited to a maximum attendance of 50% of the capacity, without exceeding the 15,000 viewers, following the decision taken by the federal government.

In the Netherlands, one of the Western European countries with the highest incidence in the last 14 days, the decision to play without an audience was made three weeks ago. Belgium, with a rate higher than 2,000 cases in the last two weeks, is reluctant for the moment to lock the bolt, although it could do so at any time.

On Austria, which has decreed a new partial confinement for its population, the stadiums also remain closed to the public. That will cause the Champions League match that he Sevilla have to play this week in Salzburg is played without an audience in the stands.

In the Premier League There is still no news of possible restrictions, although the data of infections in soccer teams have reached unknown numbers since the summer. In the weekly positive report prepared by the championship, he reported six cases the week of November 21 and seven the following week. In the previous ones, the number did not exceed four.

For the moment, Spain It also gets rid of the restrictions on capacity despite the increase in cases experienced in recent weeks. It is not ruled out that in the coming weeks more measures will be taken by the autonomous communities, those competent in this matter, especially those that have been more restrictive in the past, such as the Basque Country, Navarra, the Valencian Community and Catalonia.

Beyond health issues, this hypothetical scenario generates great uncertainty for the clubs, very economically drowned by the pandemic, at a time when they believed that the normality of the competitions had recovered. Of course, a new break is ruled out, but there are already clubs that fear the financial and organizational chaos that would lead to a new capacity limitation that with each passing day seems more likely.