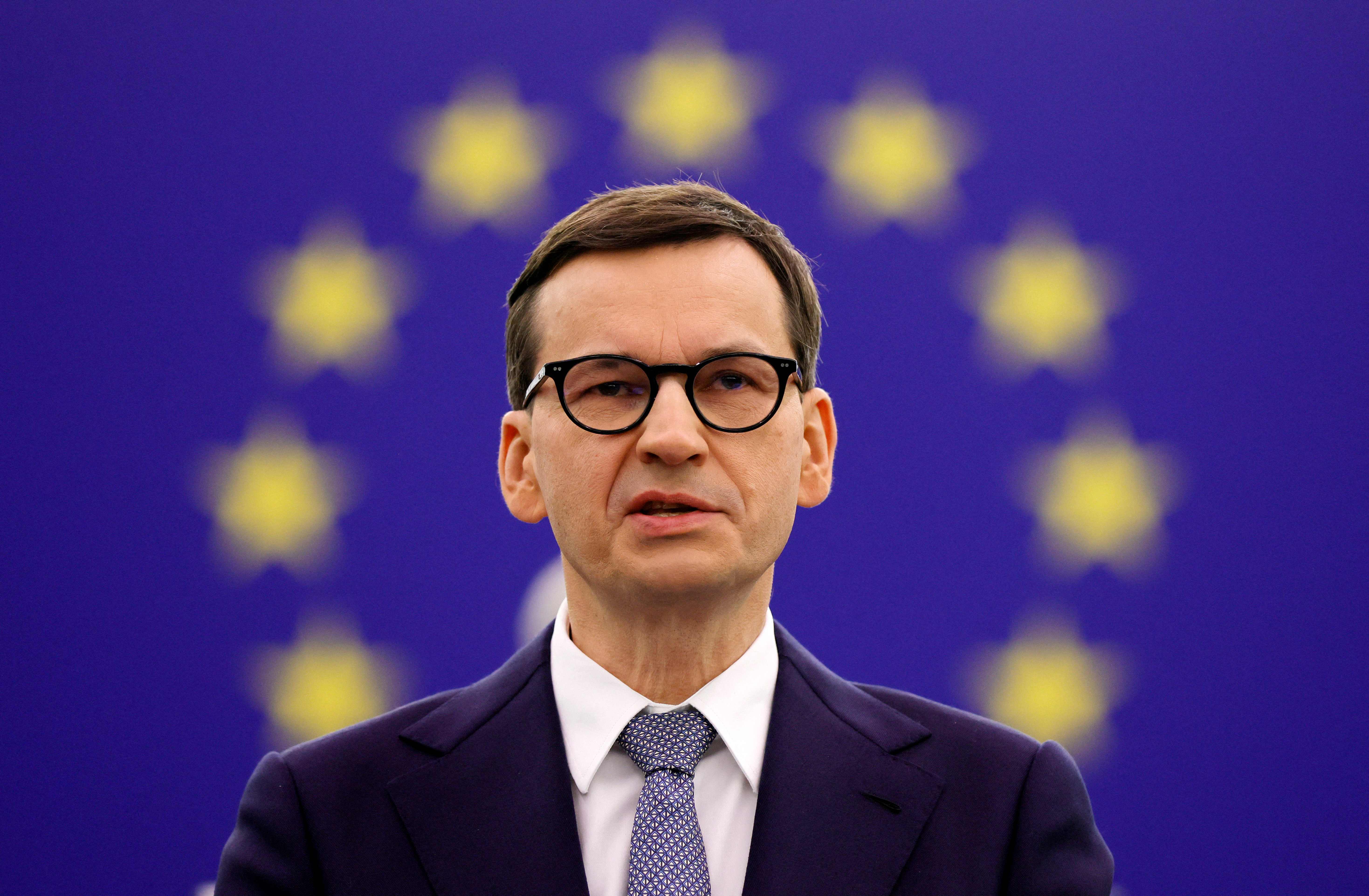 The Court of Justice of the EU (CJEU) on Wednesday forced Poland to pay the European Commission a fine of one million euros a day for not paralyzing the activities of the disciplinary chamber of the country’s Supreme Court, a body that threatens the independence of judges, according to Brussels. This room is at the center of the political and judicial battle on account of the rule of law between the Community Executive and the wayward neighbor to the East. The decision comes in the midst of the crisis between Warsaw and Brussels, aggravated in recent weeks after the Polish Constitutional Court questioned the primacy of community law and the CJEU itself, placing the country one step away from a legal break with the EU. This is the highest daily fine ever imposed by the CJEU, according to sources in this court.

European justice takes the decision in an increasingly tense climate, considering that Poland has not provisionally suspended, as claimed by the CJEU in July, the disciplinary chamber of the Supreme Court, an all-powerful body that, among other things, it can sanction judges who apply the primacy of European law or raise preliminary questions before the European judicial body. The Luxembourg-based court required the Polish government to suspend the activity of this chamber until the CJEU makes a final ruling on the case, in order to avoid causing “serious and irreparable damage”.

“The mere existence of national provisions that allow the disciplinary system to be used as a system of political control of the content of judicial decisions may raise doubts in the minds of the defendants and the other Member States regarding the independence of the jurisdictional bodies. nationals, which could cause serious and irreparable damage ”, stated the order of the CJEU of last July.

In this Wednesday’s order, the vice president of the European court, Lars Bay Larsen, recalls that compliance with these precautionary measures is necessary to prevent irreparable damage to “the legal order of the European Union and, consequently, the rights “Which confers on individuals and on the values ​​on which the Union is based,” in particular that of the rule of law.

The decision comes after the Commission noted the lack of movement by Poland since July, despite promises from Warsaw that it planned to dismantle the disputed disciplinary chamber of the Supreme Court. At the beginning of September, the Community Executive decided to demand sanctions from the European justice to demand compliance with the order and put an end to a room that can continue to make potentially harmful decisions with impunity.

In a 2017 judicial matter, the only precedent on record in Brussels offices related to precautionary measures, the CJEU demanded a fine of at least 100,000 euros a day for non-compliance. The protagonist in that battle was also Poland, which refused to protect a primeval forest. The pressure worked: after the announcement of the fines, the Polish Executive took a day to straighten out its conduct. On this occasion, the penalty has been multiplied by ten.

At the last European Council, held last Thursday and Friday in Brussels, the Polish Prime Minister, Mateusz Morawiecki, reiterated that he plans to undertake the reform of the questioned room, and was willing to dialogue with Brussels. “We repeat it now,” he promised to his counterparts, “but neither the Government nor the Parliament will act under the pressure of any blackmail.” A couple of days later, in an interview on Financial Times, He accused Brussels of demanding changes with a “gun to his head” and of the risk of provoking a “third world war” with his demands.

Piotr Müller, spokesman for the Polish Government, has charged against the decision of the European court. “The path of punishment and blackmail towards our country is not the correct one,” he reacted through social networks, replicating the message repeated ad nauseam by Morawiecki. “The EU is a community of sovereign states governed by clear rules. They show a clear division of competences between the EU and the Member States. The regulation of the organization of the judiciary is the exclusive competence of the Member States ”, he stressed.

During the leaders’ summit last week, they wanted to reduce the accumulated tension with Poland. Germany’s acting Chancellor Angela Merkel called for restraint and advocated avoiding a cascade of litigation against Poland in the EU Court of Justice. The majority of capitals also asked for political dialogue to resolve differences, but they supported the Commission in its multiple battles against its neighbor to the East, caused by its institutional involution.

Brussels has a diverse and powerful arsenal, as this judgment shows. Perhaps your most powerful tool for tightening the nuts on Warsaw is the economic one. Right now, Poland is, along with Hungary, one of the few countries whose recovery plan from the pandemic crisis has not yet been approved. And Brussels has been very clear when dealing with this matter: it will not pump out the first check for 36,000 million euros until a path is agreed with very specific milestones that imply respect for the rule of law and reforms of the judicial system, among them the dismantling of the controversial disciplinary chamber of the Polish Supreme Court.

It also has the so-called conditionality mechanism, an instrument designed so that not one euro of the multimillion-dollar European funds falls into the hands of countries that violate the rule of law. Poland, again together with Hungary, has appealed this measure to the CJEU, so the conditionality mechanism is still in a kind of limbo, awaiting a judicial ruling. The European Parliament is already preparing the lawsuit against the Commission for its inaction in this field, but Brussels wants to respect the pact reached by the European leaders not to use the mechanism as long as the European justice does not give the go-ahead; the decision of the Luxembourg court could come as early as 2022.

During the high tension of last week, with Morawiecki on a tour of the European institutions warning of an alleged “centralizing” drift in the EU that ran the risk of turning sovereign states into mere “provinces”, the President of the Commission, Ursula von der Leyen recalled the range of measures she has to respond to the earthquake caused by the Polish Constitutional ruling. Among them, it included the procedure of Article 7 of the EU Treaty, also known as the nuclear button of the Union, since it was thought as a kind of deterrent weapon of last resort against countries that violate the fundamental values ​​of the bloc. “We will not tolerate that they put our common values ​​at risk,” settled Von der Leyen in the European Parliament, in an electric meeting with his antagonist, Morawiecki.

The battles between Brussels and Warsaw are currently forming a very complex tangle of sentences, orders and infringement procedures that are overlapping each other like layers of an archaeological site. In September, Brussels launched a new procedure to demand that Warsaw comply with another European sentence that declared the disciplinary regime of the Polish judiciary illegal, because it undermines their independence and does not provide the necessary guarantees to protect them from political control. In this case, the Polish government, again, is exposed to potentially million-dollar sanctions.

The fines also accumulate. Just over a month ago, the European justice sentenced Poland to pay a daily penalty of 500,000 euros for refusing to comply with another CJEU ruling that ordered the closure of a coal mine in Turów. The court understood that the activity should cease because it affects the groundwater that flows to the neighboring Czech Republic. Warsaw has refused to close, claiming that the operation, which feeds an electricity generation plant, is key to the country’s energy stability.