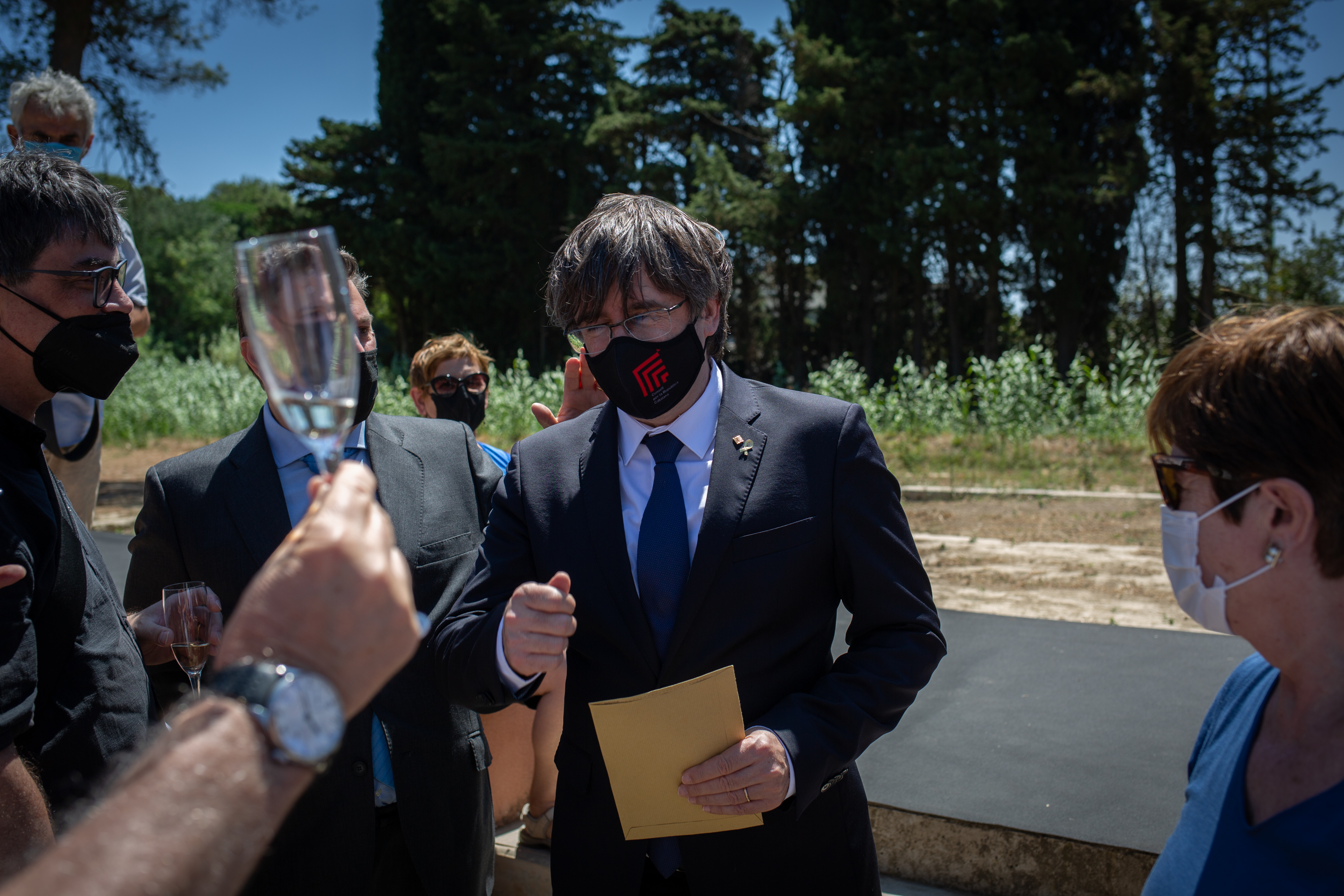 The umpteenth judicial tail of the Puigdemont saga has been against the former president of the Generalitat, but without any practical consequence for the purposes of his situation as a member of the European Parliament residing in Belgium. In an order issued this Friday, the General Court of the European Union has rejected the request for precautionary measures against the suspension of parliamentary immunity raised by the MEPs of Junts per Catalunya Carles Puigdemont, Toni Comín and Clara Ponsatí. The vice president of the court, who signs the order, considers that “the MEPs have failed to demonstrate that the requirement of urgency is met” or that the loss of immunity exposes them to “serious and irreparable harm”.

The order, therefore, leaves Puigdemont, Comín and Ponsatí without parliamentary immunity, as decided by the European Parliament. But the community judge considers that none of the three MEPs, who remain on the run from Spanish justice, is in danger of being arrested and handed over to the Spanish authorities because the European arrest and surrender orders issued by the Spanish Supreme Court are currently suspended .

The arrest warrants were frozen while waiting for the European court to resolve the conflict between the Spanish and Belgian justice, which until now has refused to carry out the requests of Judge Pablo Llarena against the people fled from justice as a result of the unilateral declaration of independence in Catalonia. The conflict arose due to the refusal of a Belgian court to issue the order against Lluís Puig, another defendant of the process, believing that their delivery to Spain would endanger their fundamental rights.

Llarena has filed a preliminary ruling before the European court to determine whether or not the Belgian justice has infringed the rules of the European arrest and surrender order in the case of Puig. This preliminary ruling entails the paralysis of the rest of the orders, as confirmed by Spain during the procedure prior to this Friday’s order.

The vice-president of the General Court of the EU adds that the three MEPs continue to enjoy parliamentary immunity to travel to the hemicycles of Parliament, which also exempts them from any risk to attend the sessions in Strasbourg (France) in particular.

This Friday’s order revokes a previous one from the same court, dated June 2, in which the execution of the decisions of the European Parliament that on March 9 suspended the parliamentary immunity of Puigdemont, Comín and Ponsatí as a consequence of the requests made by the Spanish Supreme Court. The provisional suspension of the lifting of immunity was made while waiting for the European judge to review the request for precautionary protection measures raised by the three MEPs, a request that was finally rejected this Friday.

The case will now continue a normal process. The judges will have to resolve the lawsuit brought by Puigdemont and the other two MEPs against the Parliament’s decision to withdraw their immunity. The three MEPs contested these decisions because they consider that Parliament has not guaranteed them the possibility of exercising their fundamental rights as representatives of citizens and that several articles of the EU Charter of Fundamental Rights have been violated.

The court recalls that while this lawsuit is being resolved, MEPs have the possibility of requesting again precautionary protection if they consider that they are at risk of being arrested in any country or that they may be handed over to the Spanish authorities. The three also have the possibility of filing a cassation appeal against the order of the vice president of the General Court this Friday.

Junts per Catalunya, the party led by Carles Puigdemont, has reacted to the withdrawal of immunity stating that, despite this, the political rights of the former president and former councilors “are not in danger.” It’s a statement, informs Blanca CiaJunts emphasizes that “the General Court of the European Union has withdrawn the precautionary measures because the political rights of Puigdemont, Comín and Ponsatí are not in danger.” And they add: “Spain, when presenting the preliminary question to the Court of Justice of the European Union, has had to suspend the Euro-orders. In the event of the reactivation of the Euro-orders, the General Court of the European Union would give the precautionary measures again ”, interprets JxCat.