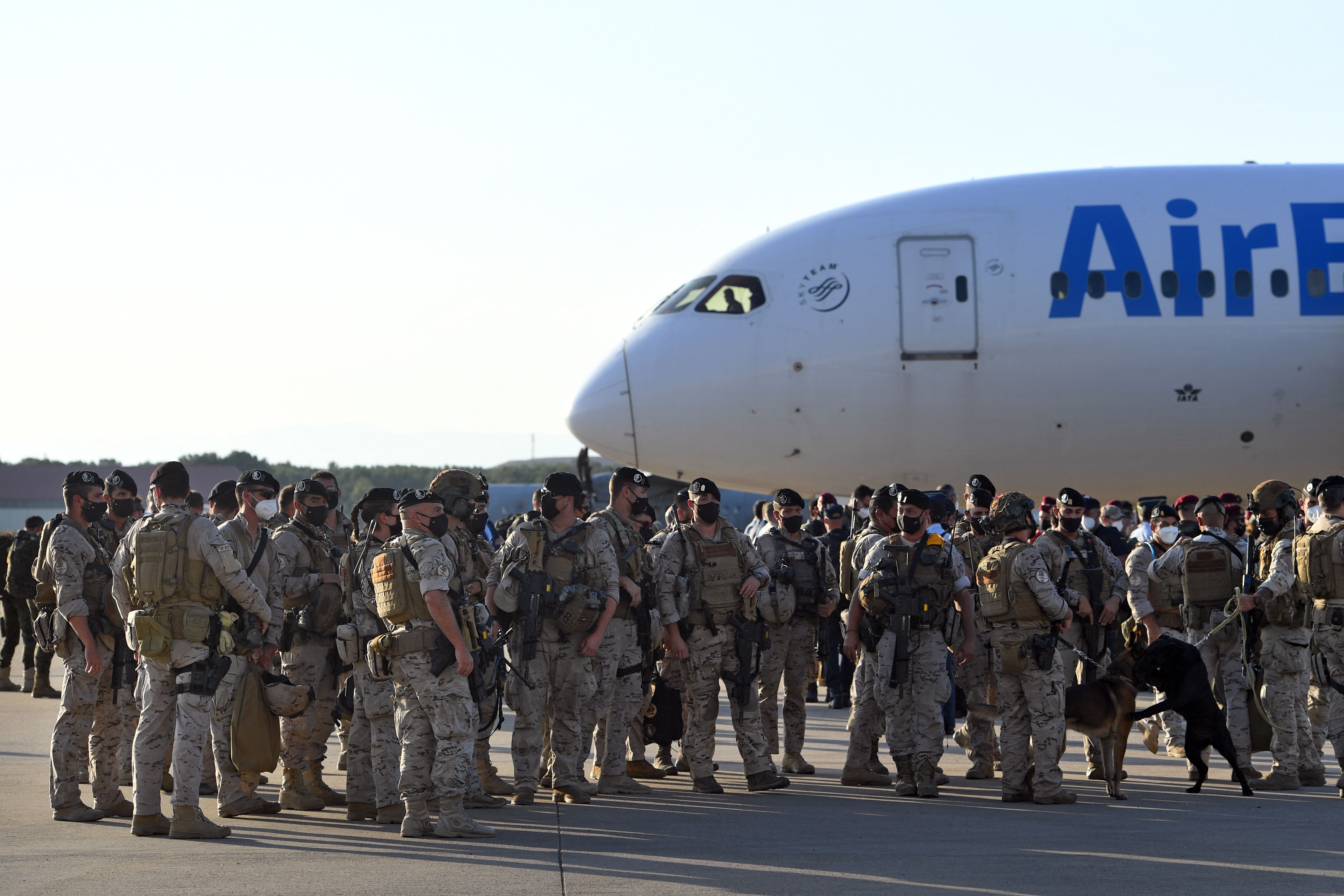 It was 9:38 in the morning on Monday, August 16, when the Ministry of Defense and the Ministry of Foreign Affairs announced: “Two A400M aircraft of the Armed Forces will depart in the next few hours from Spain to Dubai to cover the first phase of repatriation of personnel. of the embassy of Kabul, of the Spaniards that remain in Afghanistan and of all those Afghans who have collaborated with our country ”. Those flights took off almost blind, without knowing how or when they could land in the Afghan capital. “It was necessary to get closer to the objective and access when possible,” explain sources close to the operation of a time trial mission that did not have time or to name it.

Thus began a hasty operation that ended yesterday, after 10 grueling days in which just over a hundred men and women (diplomats, policemen and soldiers) have managed to bring 2,206 people to Spain, fleeing in terror from the reinstated Taliban regime in the Central Asian country.

The announcement of the imminent withdrawal of US troops from that sanctuary of the jihadist network Al Qaeda, promoter of the 9/11 attacks, was followed by an accelerated advance by the Taliban, boosted by a massive desertion of Afghan soldiers and police who ” they had stopped collecting their payroll, paid by the United States, “according to sources close to the Spanish operation. In the middle of summer, the fundamentalist militia was occupying the cities and provinces of a country of 38 million inhabitants for days. Until arriving in the capital, Kabul, on August 15, and spreading images to the world walking through the rooms of the presidential palace, from where Afghan President Ashraf Ghani Ahmadzai had already fled.

The rapid entry of the Taliban that same Sunday caused the first stampede of embassy personnel located in the so-called Green Zone of the city. An American helicopter “urgently” transferred all the personnel of the Spanish legation to the NATO air base near the airport, where at that time there were only American and British soldiers.

The acting ambassador, Gabriel Ferran, and his second in the Spanish legation, Paula Sánchez, were joined by the 17 agents that made up the embassy’s security body: ten GEOS and seven members of the Police Intervention Units (UIP). They would be, initially, those in charge of evacuating hundreds of Spanish collaborators, while reinforcements arrived (or not).

The terrifying images the next day of people trying to get on a plane, hanging from the landing gears of aircraft at Hamid Karzai International Airport, heralded chaos.

Kabul was already owned by the Taliban, including the civilian part of the airport, which shares a runway with the military one, where all the foreign legations and their respective security forces were concentrated. On Tuesday 17, while thousands of Afghans crowded against the walls of the airfield, which had become the only escape route, “the US military managed to gain all internal control, and repatriation flights could already be coordinated,” the same sources explain.

On Wednesday 18, at 11:24 am, the first Spanish plane took off from Dubai to Kabul. And another left that same morning from Madrid to Dubai. The Dubai-Kabul airlift remained open.

“The planes could only arrive, land, load and leave, there was no margin to stay on the ground,” explain sources close to the operation. The first flight arrived in Madrid at dawn on Thursday 19, after stopping in Dubai, with 53 refugees: “Those who had arrived in time to get on, collaborators from Spain or another EU country: the watchword was to get people out.” The Torrejón air base, where in one day the UME and the base personnel set up a camp for a thousand people, became the first reception point for the newcomers.

The evacuation dynamics were extremely difficult. The conditions were “warlike,” recall mission participants. “The Spanish collaborators had to be located and summoned in a safe area around a collapsed airport.” The lists of possible refugees grew as thousands of people, families with children, included, collapsed the airfield. And the heavily armed Taliban tightened access controls.

On Friday 20, one of the planes that took off for Kabul to continue evacuating people was carrying reinforcements: 110 soldiers (half stayed in Dubai), three other GEO members (including a group leader) and diplomatic personnel. The objective was “to coordinate to get as many more people as possible,” they explain. On Saturday 21, the Ministry of Defense confirmed: “110 Spanish soldiers participate in the evacuation operation from Afghanistan.”

The precarious system for introducing the refugees into the safe area of ​​the airport was greasing, despite the tension and fatigue increasing by the hour. The pressure mounted as August 31 approached, the date for the withdrawal of US troops, which guaranteed control of the airfield. The threat of a terrorist attack loomed over their heads. However, more and more loaded flights were made, with more than 200 people on board.

Precisely, the area most used by the Spanish police and soldiers to summon the collaborators who were going to be evacuated was that of the canal that was full of corpses after the two explosions registered during the afternoon of last Thursday (more than a hundred dead), claimed by the Islamic State. There were no victims among the Spanish.

On Tuesday 24, the Defense Minister, Margarita Robles, admitted to having sent another special brigade of “green berets” to Kabul.

This August 27, the mission was closed with the return of the entire operation to Madrid on the last flight. Not all those who wanted to leave were able to leave, but as many as possible were evacuated in 10 frantic days.