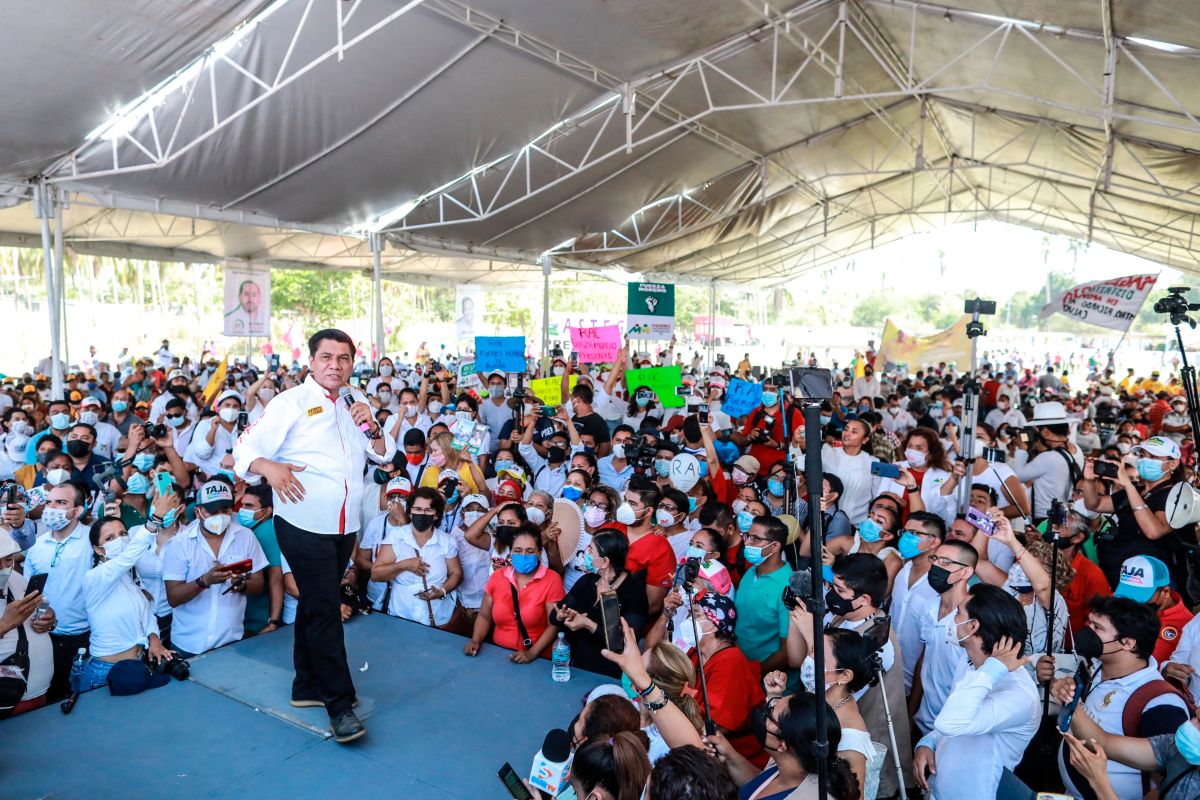 After almost two months of promotion of the vote by candidates and partiesMexico will close its most violent electoral campaign this Wednesday at midnight, at which time the period of reflection will begin while waiting for the midterm elections on Sunday, the largest in the country’s history.

The lowering of the campaign curtain, ordered by the electoral authority, will put an end to the most violent process in terms of the number of attacks registered against politicians, candidates and aspirants.

According to data from the consulting firm Etellekt, since the beginning of the electoral process last September, which includes the pre-campaigns, there have been 782 attacks against politicians, such as beatings, kidnappings or threats, a figure higher than the 774 of the 2018 presidential and local elections process.

In addition, the current campaign leaves 89 murdered politicians, 35 of them candidates or candidates, although the 152 murders in 2018 were not exceeded.

Despite the numbers, the Mexican president, Andrés Manuel López Obradorhe said Thursday at his morning press conference “The country is at peace, there is governance, there are no risks of instability.”

“We are facing the scourge of violence every day and we can speak of peace and tranquility in the country,” added the president, who has been singled out for influencing the campaign in his press conferences despite being prevented from doing so. the law.

Next Sunday, more than 93 million Mexicans are called to vote for the 500 federal deputies, 15 of 32 governors, 30 local congresses and 1,900 city councils in the largest elections in the history of Mexico.

These elections put face to face the leftist project of the National Regeneration Movement (Morena), founded by the president, and the opposition coalition of the three previously hegemonic parties: National Action Party (PAN), Institutional Revolutionary Party (PRI) and Party of the Democratic Revolution (PRD).

These three joined forces to try to remove the majority that supports López Obrador in the Lower House, since in this contest the future of the president’s reform agenda that began in 2018 is at stake.

In the elections of July 1 of that year, López Obrador swept with 30 million votes and 53% of the votes, while Morena took control of the Chamber of Deputies, the Senate and several states, including Mexico City.

With the end of the 2021 federal and local electoral campaigns this Wednesday, the period of closure or reflection will begin the first minute of this Thursday and will conclude with the closing of the polling stations on Sunday afternoon.

In a statement, the National Electoral Institute (INE) recalled that during that period “all electoral propaganda in print media, radio and television must be suspended so that citizens can reflect on the meaning of their vote.”

In addition, he informed that for the day he will install 162.815 voting centers in which just over 1.4 million citizens will act as civil servants.

Mexicans may cast their vote of the 8:00 a.m. to 6:00 p.m. and after the closing of the schools, the Preliminary Electoral Results Program (PREP) will begin, a projection of results made by the electoral authority while the votes are counted.

Political analysts have considered that some disputes their outcome will be resolved in court.