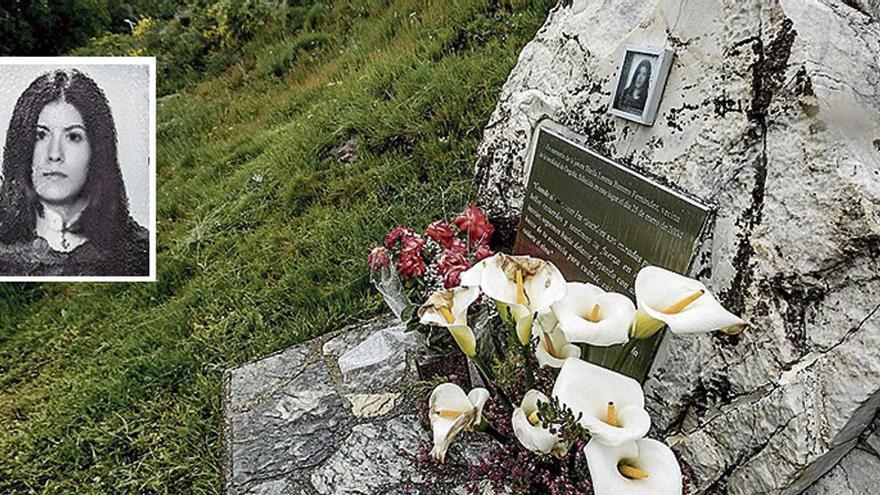 The crime of Sheila Barrero turns 18 on Tuesday without the judicial system having been able to find the author of a cold-blooded crime or offering answers to the young woman’s family, who already fear the worst. “This murder will remain unsolved, unless there is a divine miracle”, her sister, Mónica Barrero, declared to La Nueva España on Sunday, on the eve of an anniversary that neither she nor her parents would have wanted to experience, that They do not find a logical explanation for the twists and turns to which the investigation has been subjected of this case.

A complaint against the Superior Prosecutor’s Office of Asturias is, for now, the last step in a process that began on the night of January 25, 2004 when Sheila Barrero, 22, was shot in the neck near the top of La Collada. He was in his car, a Peugeot 206, in which he used to travel every weekend from Gijón, where he worked in a travel agency, to his town of Degaña to be with his family.

Six months after the crime Civil Guard arrested a young man from Villablino, Borja Vidal, friend of Sheila, because in a paraffin test carried out throughout the investigation, remains compatible with the detonation of the bullet found in the victim’s car had been detected, and because a textile fiber from his jacket was found in the rear seats.

First, the judge of Cangas del Narcea, in 2007, and then a new judge, at the request of the Prosecutor’s Office, after reopening the case in 2015, ordered the dismissal, considering that there was no conclusive evidence in an investigation with errors from the beginning. “We, the family, are in the middle of what the Civil Guard investigators say on the one hand and the Prosecutor’s Office, on the other. The Civil Guard considers that the investigation is resolved”, commented Sheila’s sister. The family’s argument is that, with the existing evidence, there should at least be a trial, “so that the experts, people trained to do so, can assess whether or not they are sufficient and have a verdict one way or the other. That is something that an Investigating Court should not do.”

Sheila Barrero’s family does not understand that “if the investigators have it so clear, there can’t even be a trial“and rejects that there was a predisposition against the young man from Villablino because, they say, “he was not a suspect, we did not know him at all, we did not know who he was, or that there was a relationship until he was arrested after six months.”

Mónica Barrero is aware that the family’s efforts to solve Sheila’s crime are annoying. “If you are silent bad, because everything is stopped, and if you speak worse. The system fails, I don’t know if it’s due to a lack of professionalism or a lack of interest”, maintains the sister of the young woman murdered in the vicinity of the Alto de la Collada.

“Sheila’s is an uncomfortable case and we don’t know why”, abounds Mónica Barrero, who also does not understand the inaction or the assumption by the judicial system that “there is someone out there who killed a person and is free”. And he has the feeling that “the Prosecutor’s Office is not used with the same energy” in clarifying the authorship of the murder as in reporting the dismissal of the investigation.

“We are facing a wall, there is nothing to do and you see everything lost. For my parents, life is almost over, but this whole situation is diminishing them even more”, concludes Mónica Barrero eighteen years after the weekend that marked, forever, the life of her family.

Also Read  What is the ZCAS, the meteorological phenomenon behind the floods in Brazil and what makes it so extreme now