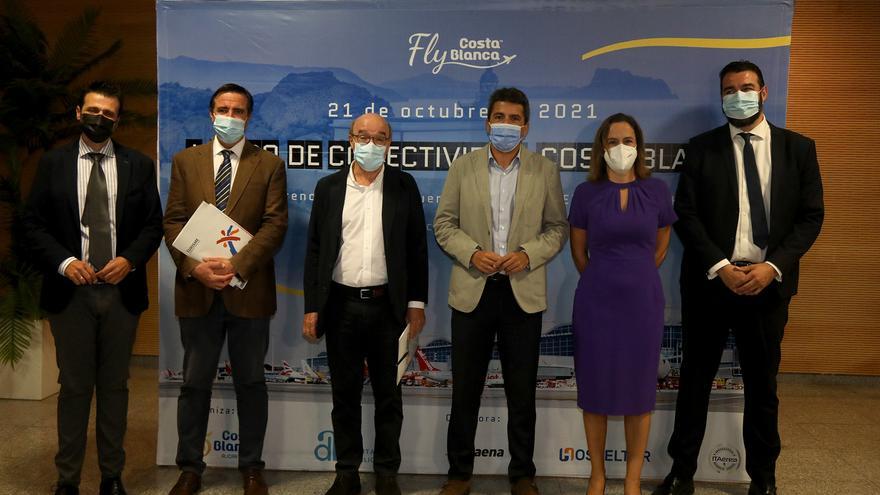 Mazón, who has recognized that the Costa Blanca “has managed to overcome one of the most difficult years in its history”, has advanced that from the Provincial Tourist Board “we are working on attracting new routes and diversifying the issuing markets , like Icelandic or Eastern and Scandinavian countries, always hand in hand with the business associations of the sector and the Alicante terminal, true engines of our tourism growth ”.

The president has also specified that in these months “in which we have worked on the reactivation of our air connectivity and we have attended the World Routes fair, the main global forum for the acquisition of routes, various international airlines convey their intention to recover old routes to the province, to establish new frequencies and to increase the capacity of its planes ”.

The impact of the pandemic on Alicante terminal has caused a reduction of your passenger traffic of 75% during 2020, with figures that did not reach 3.8 million passengers at the end of the year. 2021 is being the year of recovery, mobilizing until last month of September a total of 3.5 million people.

In this regard, the also president of the Provincial Tourist Board has indicated that the Alicante terminal “is currently positioned as the fourth peninsular airport in our country, with very favorable prospects for this winter.” As specified, “the forecasts estimate more than 16,500 flights between October of this year and March 2022, with a total of 2.9 million seats offered and 123 air routes.”.

Finally, Mazón has assured that the Alicante-Elche Miguel Hernández airport “is our gateway to the province, as well as the terminal of the AENA network with more connections to Norway, a very important market for the Costa Blanca, along with the Netherlands. , Belgium and the Scandinavian countries that during the most difficult months of the pandemic have shown their confidence in our destiny ”.

The opening of the forum has also had the intervention of the General Director of Tourism of the Generalitat Valenciana, Herick Fields, and the president of HOSBEC, Toni Mayor, as well as the presence of the director of the Costa Blanca Board of Trustees, Jose Mancebo, as well as other authorities.

This technical meeting, held in the Conference Room at Alicante-Elche Airport Miguel Hernández, has as speakers responsible from major airlines and of different tourism promotion agencies working on planning a connectivity strategy. During the day, in which they collaborate AENA, Hosteltur and the business school specialized in connectivity ITAérea, experts have delved into the main challenges those faced with airline companies and how the sector faces the situation from the point of view of destinations.

Mazón also wanted to address the issue of tourist tax and has influenced the need to “dispel this threat”, for which he has asked the Minister of Finance, Vicent Soler, and the regional secretary of Tourism, Francesc Colomer, “That in that internal struggle that they have in the Generalitat they dispel this threat and that the rate is not true. They have my full support and if we also manage to avoid talking about it, we will not scare away the sector, nor the tour operators, nor the airlines, nor the tourists ”.