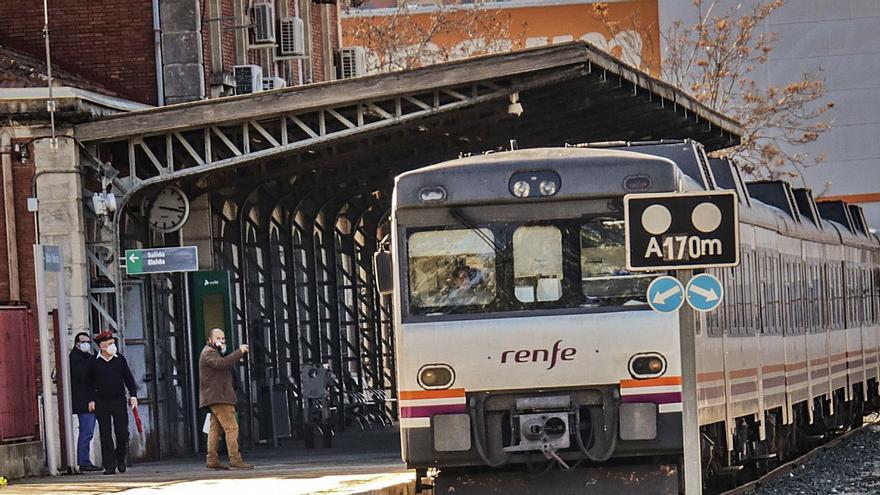 This is what Adrià Ramírez, president of the Plataforma pel Transport Públic de Catalunya, a representative entity of professionals from different fields linked to the railway and users in the neighboring community, points out when asked about the specific case of the Alcoy-Xàtiva line. In a context in which the Generalitat has asked the Government to manage the commuter rail routes -which would foreseeably include those of medium distance-, it considers that the railway that connects l’Alcoià and El Comtat with Valencia meets particular conditions that would make it advisable to transfer it to the Consell.

The idea has been launched on occasion by groups and political parties, although it has never been officially put on the table by the Generalitat or the successive Ministries of Development and Transport. However, there is a precedent for this in Catalonia that shows that the option of even transferring the Alcoy-Xàtiva line infrastructure could be carried out. The result of this, moreover, has been positive, which reinforces the feeling that here too it could be satisfactory.

The line transferred in Catalonia is the one from Lleida to Pobla de Segur, whose transfer took place in December 2004 and which bears many similarities with the one from Alcoy to Xàtiva. Like this one, it is a single track branch, without electrification and “cul-de-sac”, with a planned extension that never materialized; in one case, to Alicante, and in the other, to France, crossing the Pyrenees. In addition, both routes lack long-distance traffic and the rail connections have the closest reference city as their main destination. There is also a certain parallelism in terms of orography, saving the distances. Of course, in demographic terms this area wins overwhelmingly: Alcoy has more than 59,000 inhabitants, compared to just 3,000 in Pobla de Segur, and the 35,000 residents of Ontinyent double the 17,000 of Balaguer, the main towns passing through on both routes.

Also Read  'Procés', year X: the unknown of the ladder

Since its transfer to the Catalan Government, effective as of January 1, 2005, the line from Lleida to Pobla de Segur has undergone a notable improvement. The infrastructure has been renewed – it is still a single track and not electrified, but in good condition – the daily frequency of trains has grown from three to seven between Lleida and Balaguer and, even in 2016, the Renfe rail cars and trains were replaced own, smaller. In 2019, 251,483 travelers were registered, more than double the 121,583 in 2004, according to the reports of Ferrocarrils de la Generalitat de Catalunya (FGC).

For the president of the Catalan Public Transport Platform, the transfer of the Alcoy-Xàtiva line to the Generalitat would “undoubtedly” improve his situation, in parallel to what has happened with the route from Lleida to Pobla de Segur, which even It has occasional tourist trains. “The regional administration is more interested in showing that everything works correctly” due to its proximity to the citizen, argues Adrià Ramírez. In addition, he emphasizes that “due to the experience of the Lleida-la Pobla line, we think it would be positive.” And he emphasizes that there “the best levels have been recovered” in terms of use, as the figures support.

The Alcoy-Xàtiva line registered 132,900 travelers in 2019, according to government data. Its hypothetical transfer to the Generalitat would force to negotiate some type of agreement so that there would continue to be direct trains to Valencia. However, Ramírez recalls that something similar already exists in Catalonia, by virtue of which FGC trains can use the Adif tracks to get to Lleida station from the start of the Pobla branch. Thus, it is not an option that, today, the Council has raised for the future of this infrastructure, but it would be possible.