In Extremadura, 62.5% of students between the ages of 14 and 18 have drunk alcohol in the last month. It is a percentage that places the region with the most worrying figure in the entire country, according to the ‘Estudes’ survey carried out by the Ministry of Health to find out the situation and trends in drug use and other addictions among young people who attend Secondary School .

These are data that put this autonomous community well above the national average (53.6%) and far from other regions where that percentage of students does not reach 50%, as happens in Galicia (46.5%) and Murcia ( 48.5%).

In addition, Extremadura is the second region, only behind Navarra, that presents a higher number of drunkenness (large intake of alcohol in a short period of time) among its students. In all the indicators recorded by the survey, it is at least five percentage points above the national average.

Regarding tobacco consumption, the percentage of students who acknowledge having smoked on occasion is higher in Extremadura and Castilla y León than in the rest of the autonomous communities, with a figure that exceeds 43%. Precisely these two regions are the ones with the most students who regularly smoke, since their prevalence of consumption in the last month is the highest, standing at almost 28%.

It is above the national average (23.9%) and very far from regions where this consumption does not exceed 20%, as is the case in the Balearic and Canary Islands.

It is the community where ‘binge drinking’, a trend on the rise that consists of reaching a state of intoxication in the shortest time possible, is most widespread.

The consumption of binge or ‘binge drinking’ continues to grow among adolescents. It is a practice that consists of consuming five or more alcoholic beverages in a maximum interval of two hours. With this they seek to reach a state of intoxication in the shortest possible time. They usually do it in the large bottles, where Extremadura is also at the top along with Navarra and Castilla y León.

It is a fashion that has been well known in the Emergency services for several years and in Extremadura it is very widespread. In fact, it is the region where it is done the most among students. 38% of those between the ages of 14 and 18 binge on alcoholic beverages in the last month.

Only Navarrese have a similar percentage (37%) and there are regions such as Galicia, with 20%, where ‘binge drinking’ has not spread as much as in Extremadura.

Regarding cannabis, Extremadura is above the national average, with 22.8% of young people who have used it in the last 12 months.

However, it is not one of the regions where there is a greater consumption of this substance. Those are Navarra, the Valencian Community and the Basque Country, where the prevalence for the last 12 months is around 27%.

Where the Extremadura region does stand out is in the use of electronic cigarettes. In fact, it is the only one in the country in which more than half of the young people between the ages of 14 and 18 have tried it.

There are aspects in which this survey determines that a series of patterns are met in almost all communities and time periods. For example, that girls admit to getting drunk more than boys. They also smoke tobacco to a greater extent than men.

Where the communities also coincide is in the starting age of consumption of this type of substance. In all regions it is similar to Extremadura, where they start with tobacco and alcohol at the age of 14 and with cannabis at 15.

Unlike tobacco and alcohol, cannabis use is more widespread among boys.

“Prevention programs must be carried out, but there are fewer and fewer subsidies” 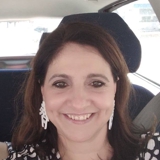 “More and more young people are asking us for help for cannabis use. Also for alcohol and ‘online’ bets, “acknowledges Beatriz Rivas, social worker of the Atabal association, a pioneering group in the treatment of addictions in Extremadura.

He assures that these types of problems already existed before the pandemic and what they do observe is that it is occurring at younger ages. “The big problem is that they are not aware of what it entails until they hit rock bottom. From depression to difficulty achieving goals or feeling an emptiness in your day to day and even a predisposition to mental illness and that consumption is the trigger. We get very touched people around 15 and 16 years old, “explains Rivas.

It indicates that they have noticed an increase in requests for help due to the consumption of online gambling in recent years. Added to this are addictions to new technologies.

From this association they try to alleviate this problem with prevention actions in schools through associations of mothers and fathers, among other initiatives. “Prevention programs must be carried out, but the problem is that the subsidies to carry out this type of program are being reduced more and more by municipalities, the Board and the Ministry. We are small associations that have had a good track record for many years, but it is getting more and more complicated. For example, in this last year we have had to do without the person who was dedicated to doing prevention because the project we had planned was not subsidized, “they lament from Atabal.

In their case they do individual treatment, as well as with the families of people who have this type of addiction. «The profiles are very varied. There are women, minors, people with disabilities, etc,” explains Rivas, who alludes to the publication of the book prepared by the Atabal association entitled ‘Classic and emerging addictions: gambling, drugs and technophilia’. With it they intend to provide tools for better prevention and treatment, as well as to understand the new generations and consumption.