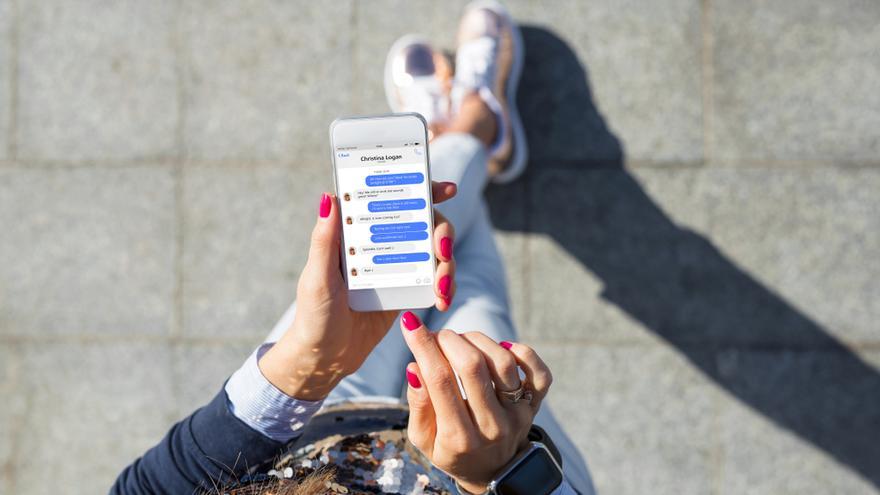 goal matrix Facebook, has announced new features in Messenger, among which the implementation of a notice that notify users that a screenshot has been taken in conversations through the encrypted chat.

The technology company has reported that security has been reinforced in secret chats -conversations in which there is end-to-end encryption and the messages have an expiration date- with the new notification, an extension of the already existing ‘Vanish’ mode ( ‘modo disappear, in Spanish) on Messenger and Instagram.

“We believe that it is important that you can use encrypted chats and feel safe, so we want to keep you informed if someone takes screenshots of temporary messages,” Meta said in a statement.

In this way, when one of the users participating in an end-to-end encrypted conversation proceeds to take a photo of an ephemeral message, the application will recognize it and will indicate it in the chat in which the capture was made. so that the sender is aware of it.

In addition to catches, GIFs have been implemented, stickers and reactions in end-to-end encrypted chats, elements that were already available in Vanish mode, added to the messaging app in November 2020.

Also, the ability to reply to specific messages in end-to-end encrypted chats has been introduced. To reply to a specific message and have it appear in the chat, it is only necessary to long press or slide your finger on it, just as it happens in WhatsApp.

If you keep the button pressed, Messenger will also give you the option to forward it to one or more people or groups, and you can even create a new group before sending this message to other contacts in the application.

Also Read  This is the new season of 'Elite': freshness, excesses and vice

With the same gesture it will be possible save videos, images or files that have been received in these encrypted conversations. In the event that it is the user who sends them, they can make small edits -doodle, include ‘stickers’, add text, trim or edit audio- before sharing them.

Facebook has also introduced changes to calls and group chat conversations, which can now be done with end-to-end encryption. The announcement of this feature in multiparty conversations came in August 2021, with the launch of encrypted video calls in individual chats.

This update of the messaging application includes writing indicators in group chats, to check that one of the participants is writing, something that was only possible in individual chats.

Finally, the company has announced that verification badges in encrypted chats They will also be present, with the aim of helping users identify authentic accounts and discard the ones that are not.