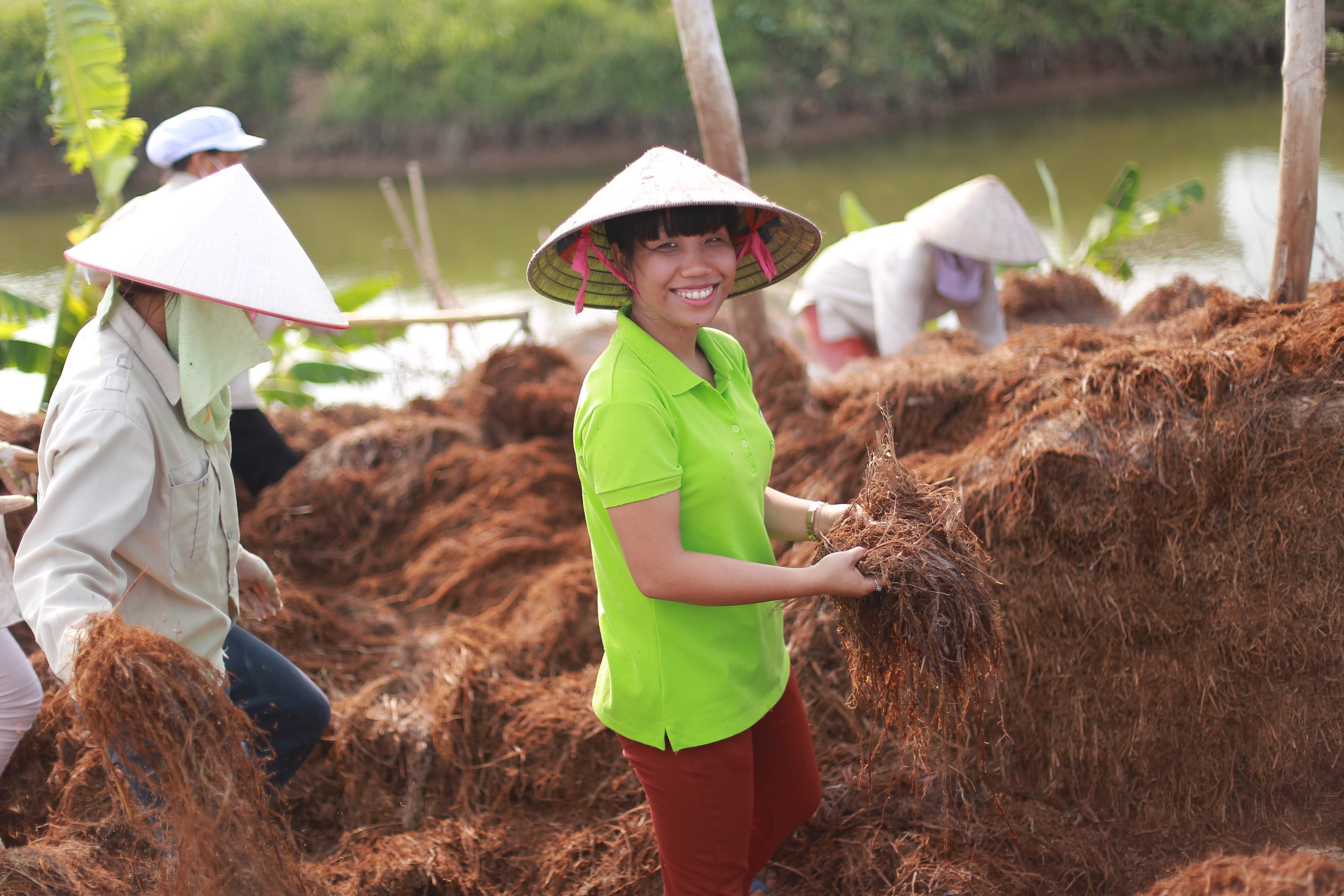 The Vietnamese Tran Thi Khanh Trang, 34, with a master’s degree from the University of Colorado, never thought she would go into agriculture, because in her country many young people her age aspire to leave rural areas behind to look for work in the big cities. cities. However, it was her passion for caring for the environment that pushed her to undertake a sustainable cultivation project, and what she herself calls “the project of her life”.

In 2015 Trang created Far Green, a system that helps rice growing communities not burn the straw that is left over after harvest, and instead use it to earn more income by growing mushrooms gourmet and the enrichment of the soil of their fields. “With this work, we have managed to prevent 600 tons of C0² from being released into the environment in six years,” he says.

Trang’s source of inspiration to become an activist stemmed from her relationship with the river that flowed at the back of her parents’ house, where she lived as a child in the Vietnamese province of Ha Nam. In the past, the river acted as a dividing line between a commercial city and an agricultural area. But due to the strong industrialization process that this area is experiencing, he says he witnessed “many changes in the communities that live on its shores and the entire ecosystem that surrounds them.”

The young woman was the first person in her family to receive a higher education. Like many Vietnamese with few resources, their parents did not have sufficient financial support, nor did they see the need to let any of their children go beyond secondary school.

Trang says she was “very lucky” because she was surrounded by books since she was a child. Their parents had to buy them so they could break them up and use them as wrappers for the sandwiches they sold at the market. So she had a library under her bed and spent a lot of time alone, since they were busy late into the night.

70% of the population comes from farming families, although it is also peasant families that have the least resources

After finishing high school, Trang was selected to join the provincial-level High School for Gifted Students and majored in mathematics and natural sciences. Being a quiet girl and quite a “bookworm”, as she defines herself, her environment thought she would become a math teacher, but she lost a couple of points on the entrance exam and ended up studying English. The first time he approached this language.

The time in college was a major turning point for her, because it helped her find her passion in community development work through volunteer activities and part-time jobs. He started working for international development organizations after graduation, and through this, he learned more about sustainable development. He ended up studying a master’s degree in Global Social and Sustainable Enterprises at Colorado State University, United States, where Far Green was born.

Upon joining the master’s program, he raised the open-burning problem of rice straw that he had seen in all the places he had gone in Vietnam and Southeast Asia through a research project. Her teacher encouraged her to think about building a sustainable business to solve the problem. Throughout his research, Trang looked for many different solutions that people have been making around the world, but he was struck by a small article on using rice straw as a base for growing mushrooms and using leftovers as fertilizer.

Far Green products have been served in high-end hotels and restaurants, such as the Metropole hotel in Hanoi

This find sparked an idea he had always been looking for: build a circular economy model, growing mushrooms. gourmet, while taking care of the field soil. Its products have been served in high-end hotels and restaurants, such as the Hanoi Metropole, where US President Donald Trump and North Korean leader Kim Jong-un met for a summit in 2019.

Before the arrival of the covid, the young woman had a network of approximately 70 farmers in three different agricultural communities in Vietnam: Thai Binh, Ha Nam and Gia Lai. His work, he says, has helped families stay together. ” “Mothers have more time to be at home with their children and many people in the community have actively joined the work that protects their own environment and food systems,” he remarks.

One step after another and with more and more helping hands, the project has grown. “There is still a lot to do to develop the capacity for local people to participate and take leadership. For example, fostering partnerships with different stakeholders in the ecosystem: the customers who buy the products, the research institutes and the schools that help raise awareness and prepare the next generations, ”he says. Beyond this, they are also working on their expansion plan. She is proud that in 2025 Far Green will expand to other countries in Asia, such as Cambodia, Thailand, the Philippines and India.