According to the Cal Fire CZU unit, the blaze erupted in the area of Edgewood Road and Crestview Drive. Firefighters initially responded to the fire shortly after 2:20 p.m. California Highway Patrol reported that smoke was visible from Interstate Highway 280. Just before 5 p.m., a Cal Fire battalion chief said the fire was holding at 20 acres.

Evacuations have expanded in a San Mateo County wildfire that is threatening homes, but holding steady at around 20 acres, Cal Fire says.

Evacuations were ordered for the areas of Emerald Hills and Handley Rock Park. An evacuation warning was issued for Woodside, east of Canada Road to Emerald Hills, including Canada College and Canada Apartments.

According to Cal Fire, the blaze was made up of several smaller fires, which included one in the area of Colton Court. That fire was contained.

Fire officials said another blaze in the Edgewood area was actively burning.

So far, no injuries have been reported.

Former KTVU reporter Lloyd LaCuesta, who lives in the area, said the winds seemed to be cooperating with firefighters and that the smoke he saw was white, which indicates firefighters were getting water on the flames.

“It’s very hilly, sort of like the Oakland Hills, a lot of trees and it’s very, very dry,” LaCuesta said, describing the area. He said his area was not facing a mandatory evacuation.

For those who are being evacuated, those people are being asked to go to a temporary center being set up at 1455 Madison Ave. in Redwood City.

LaCuesta said he briefly lost power at his home.

“That’s another reason for concern. We realize that we could lose our power here. And the roads, up in the hills here are very narrow/congested, and to get a big truck up here can be difficult,” he said.

Stanford University also reported impacts as a result of the fire, with a power outage affecting many parts of the campus due to a downed PG&E transmission line, school officials said on Twitter.

Smoke from the fire may be visible from campus, but there is no threat to the campus as of late Tuesday afternoon, Stanford officials said.

The fire is affecting a portion of Edgewood County Park and Natural Preserve.

No further information was immediately available. 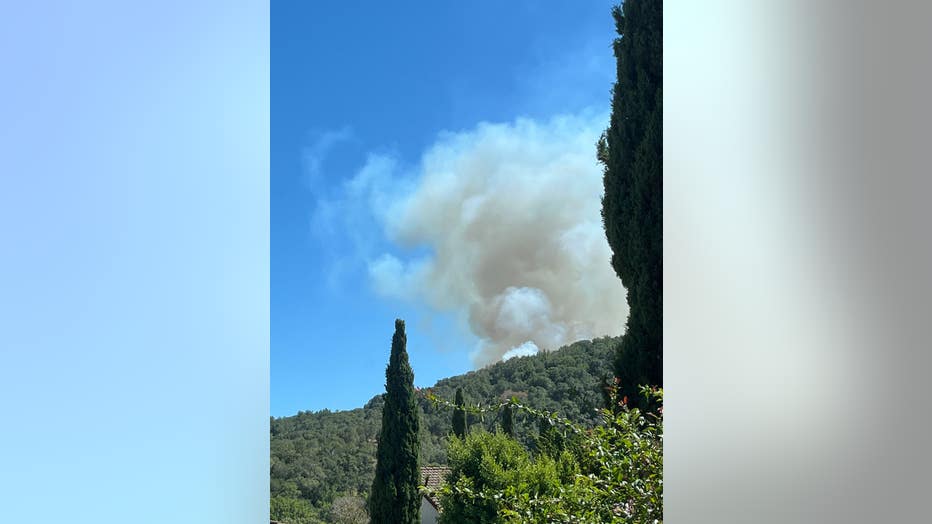 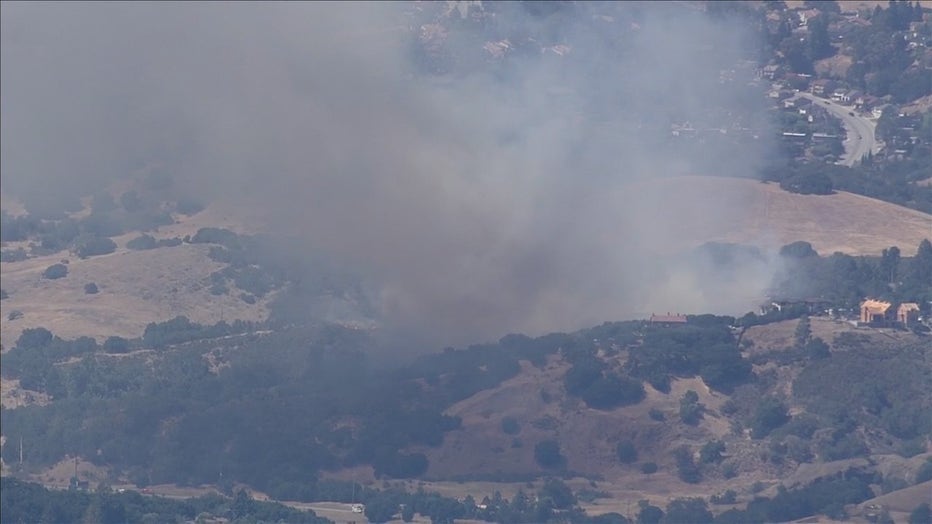 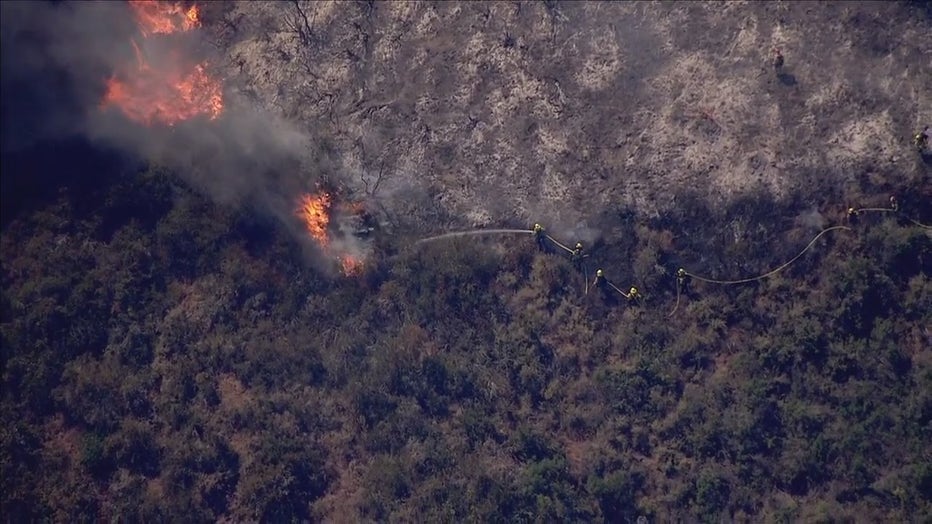