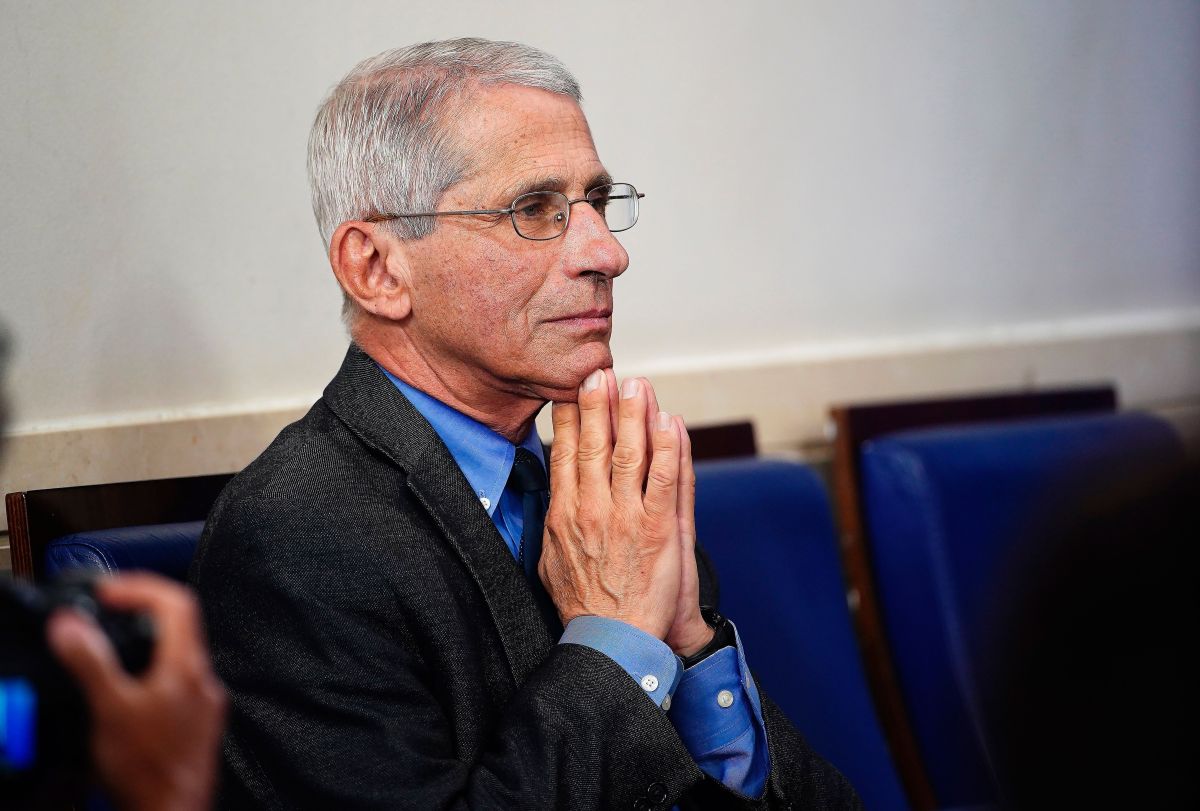 The chief epidemiologist of the United States, Anthony Fauci, acknowledged this Sunday that there have been delays in the covid-19 vaccination program in the country, but assured that it will accelerate.

“I think it’s just that we are trying to start a huge vaccine program and get off on the right foot. There have been a couple of technical problems and that’s understandable, ”he said. Fauci in statements to the ABC network, where he pointed out that the important thing is “to see what happens in the next week or week and a half.”

According to the latest figures from Centers for Disease Control and Prevention (CDC)4.2 million people had received the vaccine in the US by this Saturday, despite the fact that the authorities announced that by the end of December 20 million people would be inoculated.

This means that only one person has been vaccinated 20% of the 20 million citizens that was planned.

Improvements in the last days

However, Fauci stressed that in the last 3 days, 1.5 million people have received the vaccine: “That is an average of 500,000 a day, which is much better than the first days, when it was much less.”

“We are not where we want to be, there is no doubt, but I think we can get there if we accelerate and (…) see what happens in the next few weeks of January,” he added, although he pointed out that, for the vaccination program to run smoothly, a “royal alliance” between the federal government of the country and local governments.

For his part, Moncef Slaoui, main adviser to the White House operation against the “Warp Speed” pandemic, also admitted in an interview on CBS that “we have to improve”, but pointed to the lack of information and communication by the states as one of the main problems that are occurring in the distribution of vaccines.

Consistent with President Donald Trump’s arguments, which has blamed the states for the slowness of vaccinations, Slaoui asked state authorities to let the federal government know where a greater number of doses are needed and assured that as soon as they receive a request they will come to support.

The head of “Warp Speed” also raised the possibility that only the first dose of Moderna vaccine is administered in some citizens to reach the largest number of people as soon as possible, since it is known that giving half the dose to people between the ages of 16 and 55 give an “identical immune response” to the two doses.

For this reason, he said he was in talks with both the pharmaceutical company and the Food and Drug Administration (FDA) to discuss the reduction to a single dose in that sector of the population.

Both Fauci and Slaoui spoke in addition to the new strain of virus discovered in the UK and whose presence has already been confirmed by three states of the nation (California, Colorado and Florida), and clarified in separate statements that although it is believed that it is more easily spread, it is not more virulent.

“In other words, it does not make people sicker or cause more deaths,” summarized Fauci, who further emphasized that developed coronavirus vaccines would continue to be effective against this variant.

“It does not seem to evade the protection that you would have from the antibodies that induce the vaccines that we are currently using,” said the epidemiologist in reference to the information they have received from scientists in the United Kingdom, and that experts in the United States will confirm .UU.

The United States remains the country most affected by the pandemic, with 20.4 million confirmed cases and more than 350,000 deaths, according to the independent count from Johns Hopkins University.

Shortly after the country surpassed 350,000 fatalities from covid-19, Fauci admitted that he never thought the figure would be so high, something that he attributed to “many factors”, including inconsistency in compliance with public measures, low temperatures that limit activities abroad and travel associated with the Christmas period.

“All these ingredients make it a terrible situation. (…) There is no way to escape from these figures ”, he sentenced.