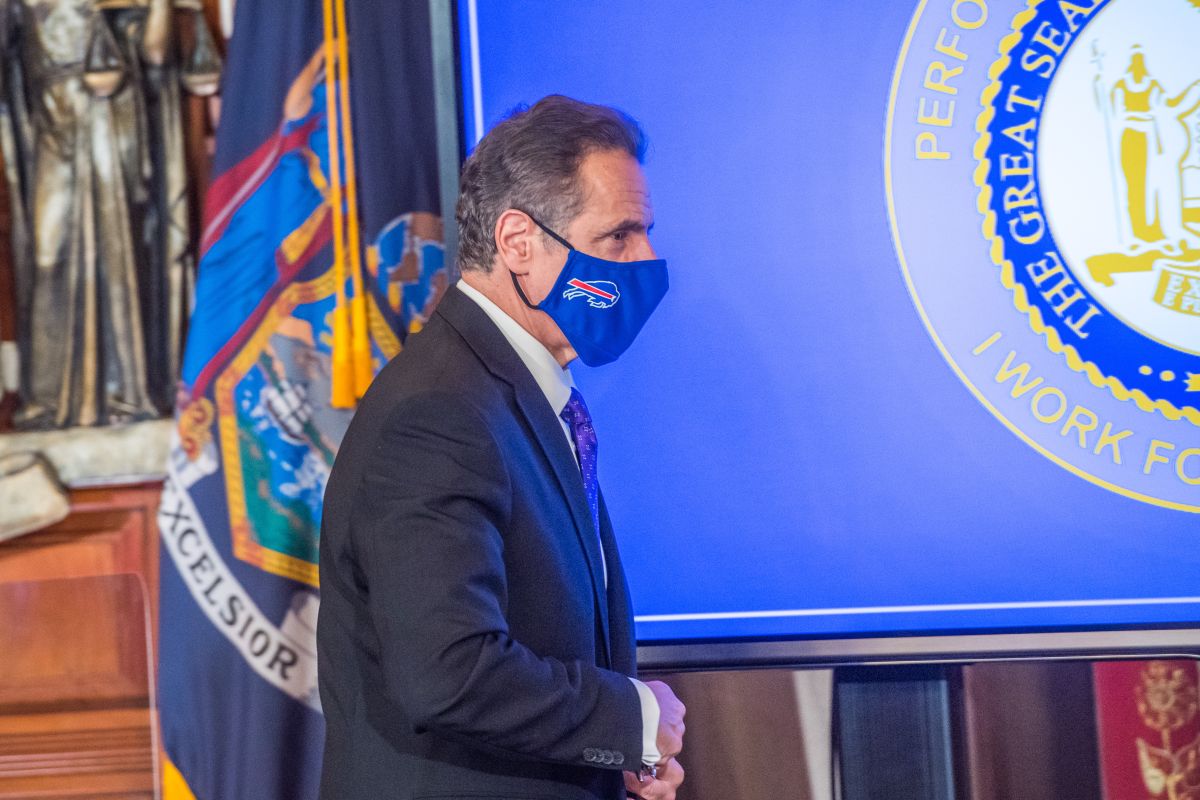 Since the start of the coronavirus pandemic a year ago, the Governor Andrew Cuomo stood out at the national level as the leader who was best fighting the virus, achieving that New York will go from being the epicenter of the health crisis to be the place with the best measures to stop contagions. But during that management, his Administration made serious failures in the management of COVID-19 in the elderly, which has now become a real headache for the president and something that threatens to overshadow his achievements in the past 12 months.

This Thursday it was reported that now the FBI and the Brooklyn Federal Attorney initiated an investigation into whether the Cuomo Administration withheld information that led to the reporting of 50% fewer deaths of the elderly and whether the measures taken led to more deaths in these care centers, such as the State Department of Health (DOH) of March 25 that required nursing homes to accept people who had tested positive for COVID-19 and who were discharged from hospitals.

Given the opening of these investigations, a spokesperson for Governor, Rich Azzopardi, It indicated in a statement that the Administration “has said it publicly on several occasions, that the DOJ (federal Department of Justice) has been investigating this for months. We have cooperated with them and will continue to do so ”.

The federal investigation is apparently in its early stages and is focusing on the work of some of the top officials in the coronavirus task force created by Cuomo, which includes the Health Commissioner Dr. Howard Zucker and the Governor’s secretary Melissa DeRosa, as reported by the Albany ‘Times Union’ newspaper, which used as a source a person with direct knowledge of the matter who is not authorized to comment publicly.

John Marzulli, spokesperson for the office of the Federal Attorney in Brooklyn, said Wednesday afternoon that it could not “confirm or deny” whether the office had launched an investigation, the Times Union reported. Nor was it indicated whether any of the state authorities had received any summons to testify.

Last week, DeRosa made the controversy worse by acknowledging during a private meeting with Democratic state legislators that he had withheld from them for months the numbers on the deaths in the elderly that had been requested, because they first had to attend an investigation of the Federal Department of Justice.

DeRosa’s comments that were leaked to the press last week said: “Basically, we were paralyzed because then we were in a position where we were not sure if what we were going to give to the Justice Department, and then we would give to you (the legislators), was going to be used against us. We weren’t sure if there was going to be an investigation. “

In addition, this Thursday it was reported that state assemblymen began to create a commission to carry out an ‘impeachment’ (impeachment) the Governor in the Legislature in Albany.

The Republican Assembly Conference reported in a statement that it will begin to “collect factual evidence and other evidence,” to show Cuomo “mishandled and then covered up the COVID-19 crisis in nursing homes”.

But before the evidence gathering is done, the conference will first present next week a bill to create a bipartisan committee which will have 60 days to “examine the methods and conduct of the Administration in all matters related to the state’s nursing homes and long-term care facilities during the COVID-19 pandemic. ” After those two months, this commission must present its conclusions and recommendations to the Legislature on the possibility of impeachment.

Cuomo also faces another process in the State Legislature, which is supported by legislators from his own party, and which seeks to strip him of the special powers that were granted to him when the health emergency began last year, and which has allowed him to issue many executive orders related to the pandemic.

And as if this were not enough, now he also faces the opening of another inquiry by the Senate Judiciary Committee in Washington, which is promoted by a group of nine Republican senators, led by Ted Cruz.

Addressing the controversy this week at his daily press conference, Cuomo insisted that they had done their best, but did not offer a direct apology for the failures in handling the crisis. “Apologize? Look, I’ve said it repeatedly, we made a mistake creating the void, ”he said. “When we don’t provide information, we allow the press, the people, the cynics, the politicians to fill the void. When we don’t correct this information, we allow it to continue and create the void. “

“That information gap caused tremendous pain to families who lost a loved one,” he said, adding: “My administration created the gap, and that makes me feel bad. It is not illegal, it is not unethical. But we just failed people at that time. “