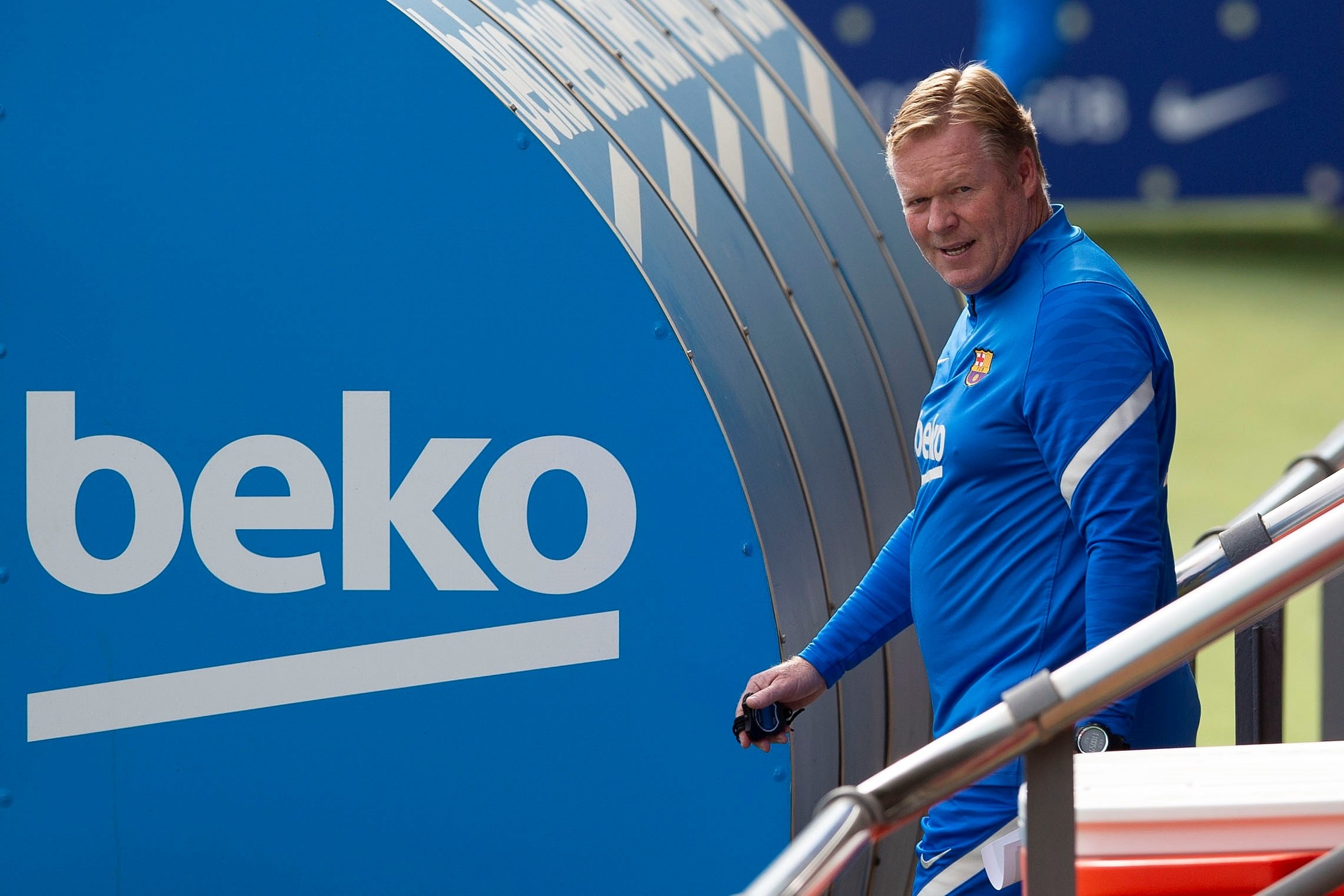 In a few years, when the Barça fan remembers the passage of Ronald Koeman on the Camp Nou bench, his memory will transport him to that match against Granada in which Luuk de Jong, Gerard Piqué and Ronald Araújo crowded into the area rival to finish balls hanging to the weight, an improper resource that my friend Xosé has seen fit to baptize as ‘The triple Alexanco’. Inappropriate, I mean, for a club that has based its story on verifiable facts and that now, by a simple matter of abandonment, discovers its most recognizable mantras turned into mere objects of mockery by the mouth of a legend: live to see.

Taken into the scrupulous terrain of fiction, the Dutch technician would be, today, an aging Tintin who walks the world with a rope around his neck waiting for someone to hang him, at least in a strictly metaphorical sense. He does not avoid a single puddle, he does not leave a single foot to tread -often one of his own, who are already wanting to dance crooked-, and what could have been a comforting adventure, with the myth holding the club’s shame in a delusional stage, it has all the signs of ending with its deformed legend, visibly battered from so much parking excuses in the loading and unloading area. The last ones, read in the form of a statement and without accepting questions from the press, only delve into the feeling that Ronald Koeman only thinks of Ronald Koeman: not his players, not the fans, much less Barça .

Anyone can see that the current squad is not one of the most competitive on the continent: that was taken for granted after receiving a poisoned inheritance, Messi’s traumatic goodbye and the arrival of players who continue to rub their eyes when seeing his signature stamped on a contract with the official Barcelona Football Club letterhead. That said, it is also true that it is still a team full of competent internationals -some even brilliant- and watered with the incipient talent of a litter of footballers who may not guarantee immediate success but the minimum required of a professional team: compete . That improper resignation, verbalized by Gerard Piqué after the defeat against Bayern and assumed by Koeman as a unilateral means of escape, exceeds any limit of acceptable tolerance in the field of high competition. Everything else is glitter, mud, and something akin to misunderstood melancholy.

The Ronald Koeman who yesterday stood before the microphones with a paper in his hands and reading glasses must resign today: not because of the club that entrusted him – reluctantly, it is true – with the leadership of the famished project, but because of him himself, for all that his figure represents and what he will continue to represent once the swelling is reduced immediately. It is in his hand to choose the best ending for this second stage, but always being aware that carrying out what you could have saved yourself is also a way of making history … And hers carries the odd diamond and the triple Alexanco, that is to say: it is no longer suitable for all audiences.