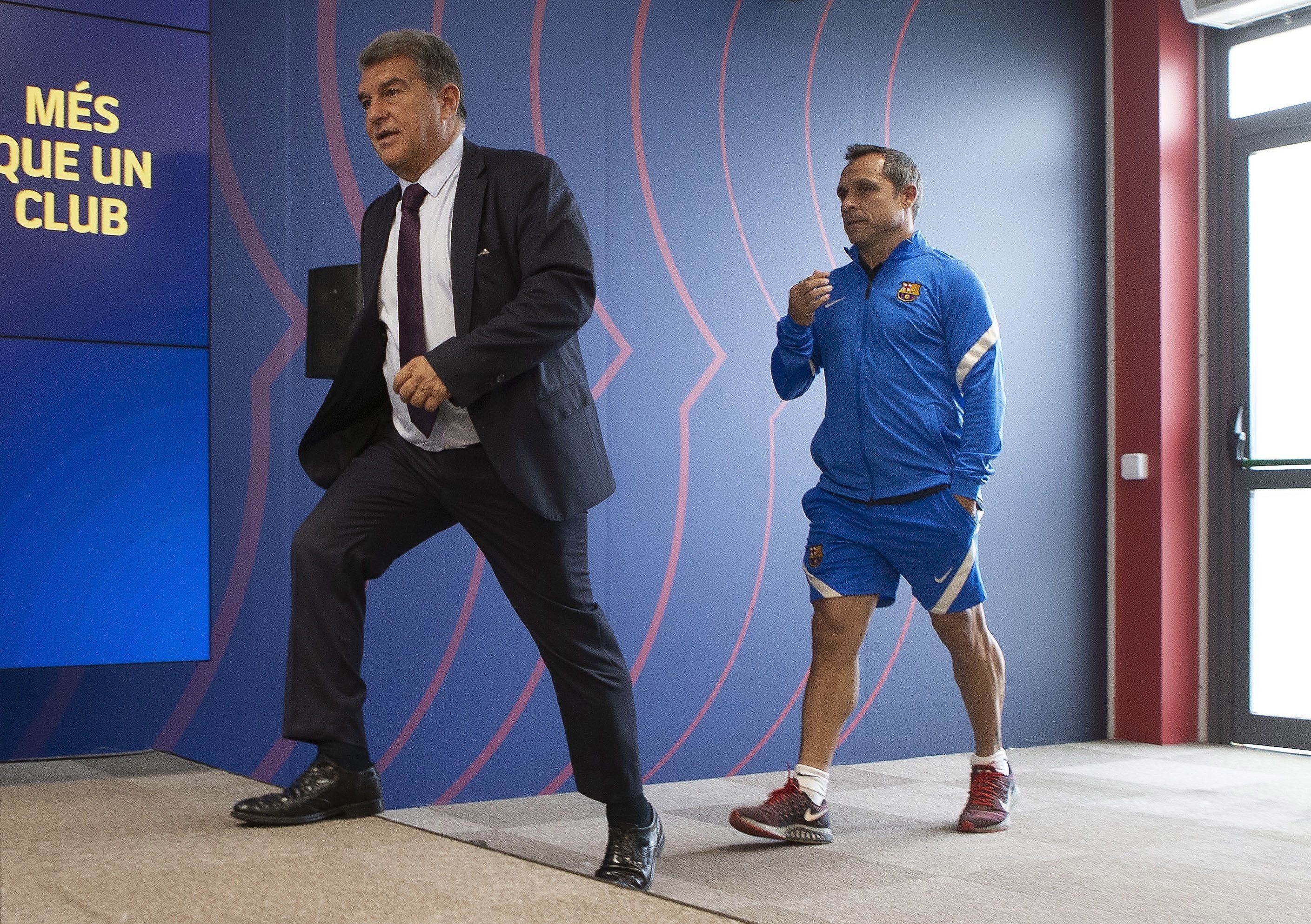 During the last electoral campaign, Joan Laporta referred to Xavi Hernández as a colleague rather than as a possible Barcelona coach. “We have a very good relationship,” he explained in February, in full promotion of his candidacy. At that time, the present of the former captain, linked to the candidacy of Víctor Font, had more weight than the past that they had lived together in their first stage in command of the club. “We call each other often, even though it seems that it is linked to another candidacy. In my club proposal, Xavi is not there. But I think he can be Barça’s coach in the short, medium or long term. It depends on him ”, insisted, then, the current Barça president.

Xavi Hernández, on the other hand, said nothing. He avoided positioning himself for or against Laporta, the same strategy he used with Víctor Font. “Xavi transcends Font. His link is with Barcelona ”, assured sources close to the world champion with Spain in 2010. Laporta, however, developed the reason why he discarded Xavi as an option to replace Ronald Koeman. “It needs a little more travel. The club requires experience. It’s the same thing we did with Rijkaard, who laid the foundations for Guardiola to achieve excellence later on, ”Laporta explained. He had not yet won the elections. And there were only two things clear: he did not like Koeman’s style or Xavi’s inexperience.

In the summer, Laporta decided to fire the Dutchman. It did not matter to him that Barcelona had lifted the Copa del Rey, their first title in two seasons. The president told the coach of his intentions and asked him 15 days to find him a replacement. It did not succeed. Neither Nagelsmann, nor Luis Enrique, much less Guardiola – ”his return would be my wet dream. But I’m not here to explain my dreams, “said Laporta,” they wanted to take the reins of Barcelona. Then, without too many options in the foreground, Xavi’s name reappeared. “It is not proven”, answered in May the leader of the Barça leadership to the question of whether the Al Sadd coach was ready to jump to the Camp Nou. “I’m sure he will be a great coach,” added the president.

Laporta resigned himself to Koeman. “We could have fired him in the summer, but the circumstances were more complicated than now,” the president explained this Friday, after the Dutchman’s dismissal, and while looking for a coach, with Xavi as the main bet. Barça, hanged by the salary bill, did not have a margin in the box in July to pay Koeman’s 12 million settlement, which asked the president for a vote of confidence. “He explained to me that the League had narrowly escaped us,” Laporta revealed this Friday.

The 2021-2022 season started in the same way as the 2020-2021. But without Messi. “You can’t forgive that much. We have a problem of effectiveness and not of play ”, justified the Dutchman. And Laporta got tired of the excuses. After the second defeat in the group stage of the Champions League, against Benfica (3-0), just as painful as the first against Bayern (0-3), the president was convinced that it was time to dismiss the Dutch. His environment thought the same. In the technical area they work as his substitute. There were the supporters of a proven candidate like Robert Martínez and those who were seduced by Pirlo’s charisma. There were those who believed in a risky bet like Gallardo and began to gain strength, for the first time in the second era of Laporta, the name of Xavi.

“He is the only one who can take the team at the moment. He knows the club and people will be patient with him. Robert does not have the style of Barça, Pirlo failed at Juve and Gallardo cannot jump from River to Barça ”, assured a source from the sports area. The problem was again Laporta. He was not convinced. Koeman was saved from dismissal before the match against Atlético, but he was left without credit in Vallecas (1-0). “Koeman’s firing may have come late. The same is a decision that should have been made earlier. I take responsibility ”, Laporta confessed this Friday. According to Cadena Ser, Barça agreed to a settlement of eight million.

Laporta does not have a coach. “Xavi’s name is the one published by the media, but there are other options,” he explained this Friday. And he acknowledged: “I know what Xavi thinks of the team and I know what he wants to do.” The current Al Sadd coach’s option is not his favorite. “But it is the most intelligent,” say sources in the technical area.

Laporta clings to Xavi as a coach of consensus between the board, the fans and the dressing room. Non-stop, the Al Sadd manager went from unprepared to being the leading candidate to relieve Koeman. “It is in a very interesting process, evolving very well. I have very good references ”, Laporta explained this Friday. Guardiola, City coach, also gave the go-ahead. “He is ready to train Barça. He knows the environment of the club, which is very important, he knows the game and has passion. He has more experience than I had when I joined the first team, “he said. They think about it in the sports management of Barça and Laporta is convinced. The president already likes Xavi.

While Barcelona awaits the recovery of Ousmane Dembélé – they do not want to risk with the Frenchman after suffering 10 muscle injuries since he arrived at the club in 2017 – Sergi Barjuan ruled out Ansu Fati for today’s game against Alavés (21.00, Movistar LaLiga ). “Ansu has not trained today,” explained the Barça team coach, who will sit at the Camp Nou until Joan Laporta’s board finds a replacement for Ronald Koeman.

“I have seen the team very well. I think we will go little by little. It is difficult to change things in a short time. The style is non-negotiable and we have to cut a lot of stone. We are finding the formula to have more presence and be more protagonists with the ball. In the end, the little ball has to come in, ”said Barjuan, who sat next to Laporta to listen to the explanations of Koeman’s goodbye. In the press room of the Ciudad Deportiva the entire leadership of Barça professional football was present: Mateu Alemany (football director), Ramon Planes (sports director), Rafa Yuste (sports vice president) and Ferran Reverter (general director). It was not, however, Jordi Cruyff, who according to the organization chart of the club is director of international scouting.