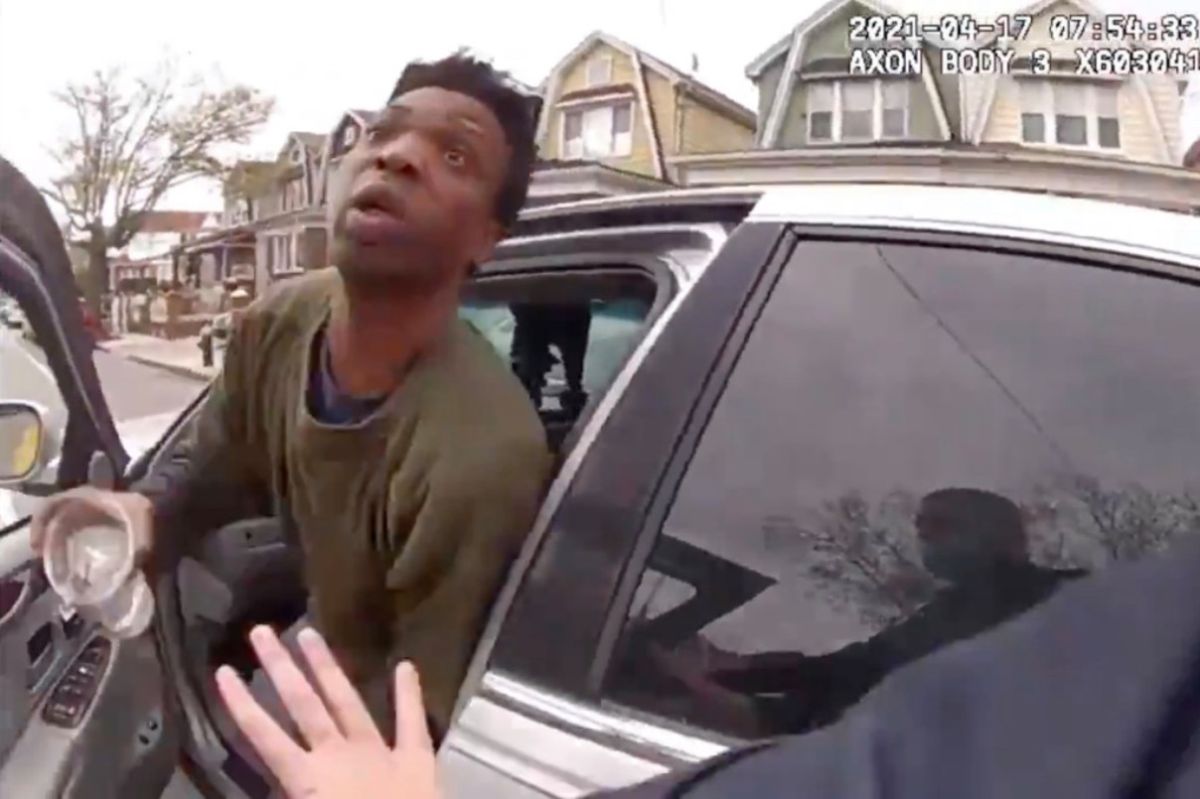 Virgile, 44, of Bridgeport, Connecticut, was charged with arson and faces a mandatory sentence of five to 20 years in federal prison if convicted.

He allegedly attacked officers from Police Station 67 in East Flatbush on Saturday. Then he admitted to throwing a cup of bleach (chlorine) to an officer’s face NYPD during a traffic stop and a Molotov cocktail bomb lit to a patrol that was chasing him, with the intention of “hurting the police”, knowing that it would “start a fire.”

Five additional Molotov cocktail bombs and a red can of gasoline were later recovered from Virgile’s gray Lincoln Town Car 2000. After being arrested admitted that, for at least two weeks, he had been driving with six Molotov cocktail bombs, ready to attack the police. He also said that he had watched YouTube videos about explosives.

His brother spoke with ABC News along with other family members, saying that the defendant He is bipolar, refused to take his medication, and was recently taken to the hospital and released.

During the virtual hearing yesterday, prosecutors emphasized that Virgile’s actions demonstrated that he has absolutely no respect for the police and the people who live in the East Flatbush neighborhood, and said that the end result could have been severe.

“He was charged with arson … a crime of violence and terrorism,” Assistant United States Attorney Sara Winik said during the virtual court appearance. Virgile must return to court on May 3.

The body camera footage the NYPD posted Saturday the suspect is shown without a mask throwing a cup filled with caustic liquid at an officer who approached him at the corner of Clarendon Road and East 45th Street, during a traffic stop.

After the initial attack, Virgile got back behind the wheel and sped away. Officers were able to radio a description of the fugitive and request additional assistance. Moments later, in the area of ​​Snyder Avenue and East 56th Street, two additional officers saw the suspect and the vehicle and moved to stop him. As they did so, Virgile allegedly stopped the sedan, got out of the car, and then threw a Molotov cocktail at the patrol.

The improvised explosive device it bounced off the windshield and fell to the pavement, law enforcement sources said. None of the officers were injured. Then Virgile supposedly sped away again, but His escape ended shortly, when he collided with an SUV parked less than a block away, on Snyder Avenue. Other patrols cornered his car and officers detained Virgile without further incident, finding more explosives in his possession, he recalled. amNewYork.

This is another reminder of how quickly a situation can change, & the dangers your cops face every day while they’re protecting NYers.

Even after arrest, the investigation into this attack remains active.

And your NYPD cops will not relent in their mission to keep you safe. https://t.co/tuymwW6O4D