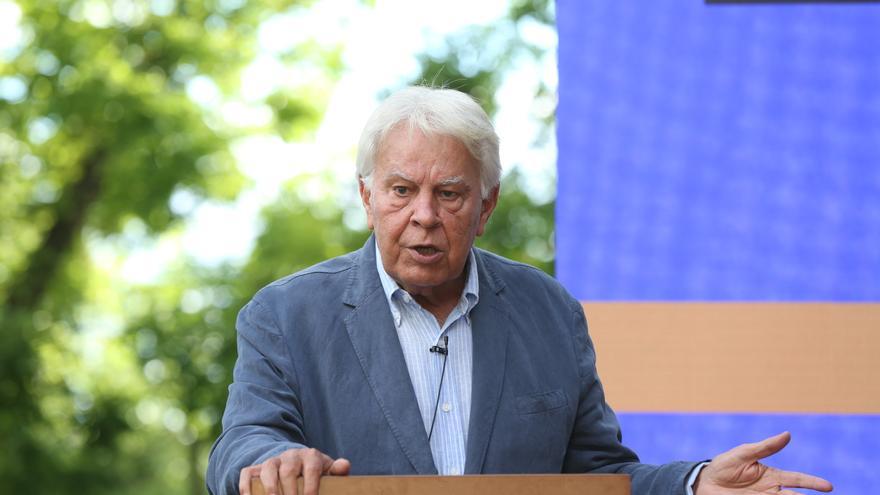 The former President of the Government Felipe Gonzalez has warned this Monday that in this “historic moment” that is being experienced by the pandemic, the economic crisis and the situation in Catalonia, “there are some decisions that lead to difficult and narrow alleys, with complicated exits if it is not clear which are the frameworks of coexistence that must be respected“.

This has been assured a day before the Government approves the pardons for those convicted of the procés, although without making any reference to this issue, during his intervention in the act of tribute and delivery of the Rojana-Alfredo Pérez Rubalcaba Award, which he organizes its Felipe González Foundation, and that in its first edition has been for the cartoonist José María Pérez González, better known as Peridis.

Upon his arrival at the act, upon being questioned by the media about the pardons, González did not want to comment on the decision he will make this Tuesday Minister council, although he has assured that he does not believe that this fact is the prelude to a future constitutional reform, when asked about that specific question.

Already during the event, the former president has emphasized on several occasions the need to respect “the rules of the game”, the Constitution and the legal system, even those who do not agree with that framework and want to change it. In addition, he has called to respect “the institutionality” and has asked that “decentralization does not become centrifugation”, because “a good decentralization is not”, in his opinion, “a kingdom of Taifa where everyone does what they want” .

“This historic moment is going to define what we are as a country and what we will be“, he affirmed, in relation to the pandemic, but also to the Catalan situation.” We have to defend the values ​​and the rules of the game of democracy, “he continued. And at this point, he has warned that democracy” does not it is only legitimized by the vote, “but also” by respecting the rules of the game. “” And out of respect for those rules, even when they intend to change, they cannot be overwhelmed. If not, you cannot talk about democracy “, he has deepened.

“I don’t want to say thick words, but there have been great dictatorial experiences that did not come from boots but from votes, votes betrayed when you had the instrument of power. We have to take care of what we have, “he defended.

In this context, the former president has vindicated the figure of Rubalcaba and his way of doing politics, and has assured that currently there is a need for “political operators” like him, who are capable of “solving problems” with “loyalty” and responsibility “and always seeking agreement, not only on the basis of the legitimacy given by the votes or the Majorities “There are very important challenges, and an urgent need for people who put their talent at the service of agreement, of overcoming problems, with respect to the rules of the game,” he assured.

González has refused to interpret what Rubalcaba would think or say about the current situation, although he has been convinced that together they would exchange their views in an “intellectual and fun” way and “not with the solemnity with which sometimes politics is made in these times. ” “He did not like the great dithyrambs,” he recalled.