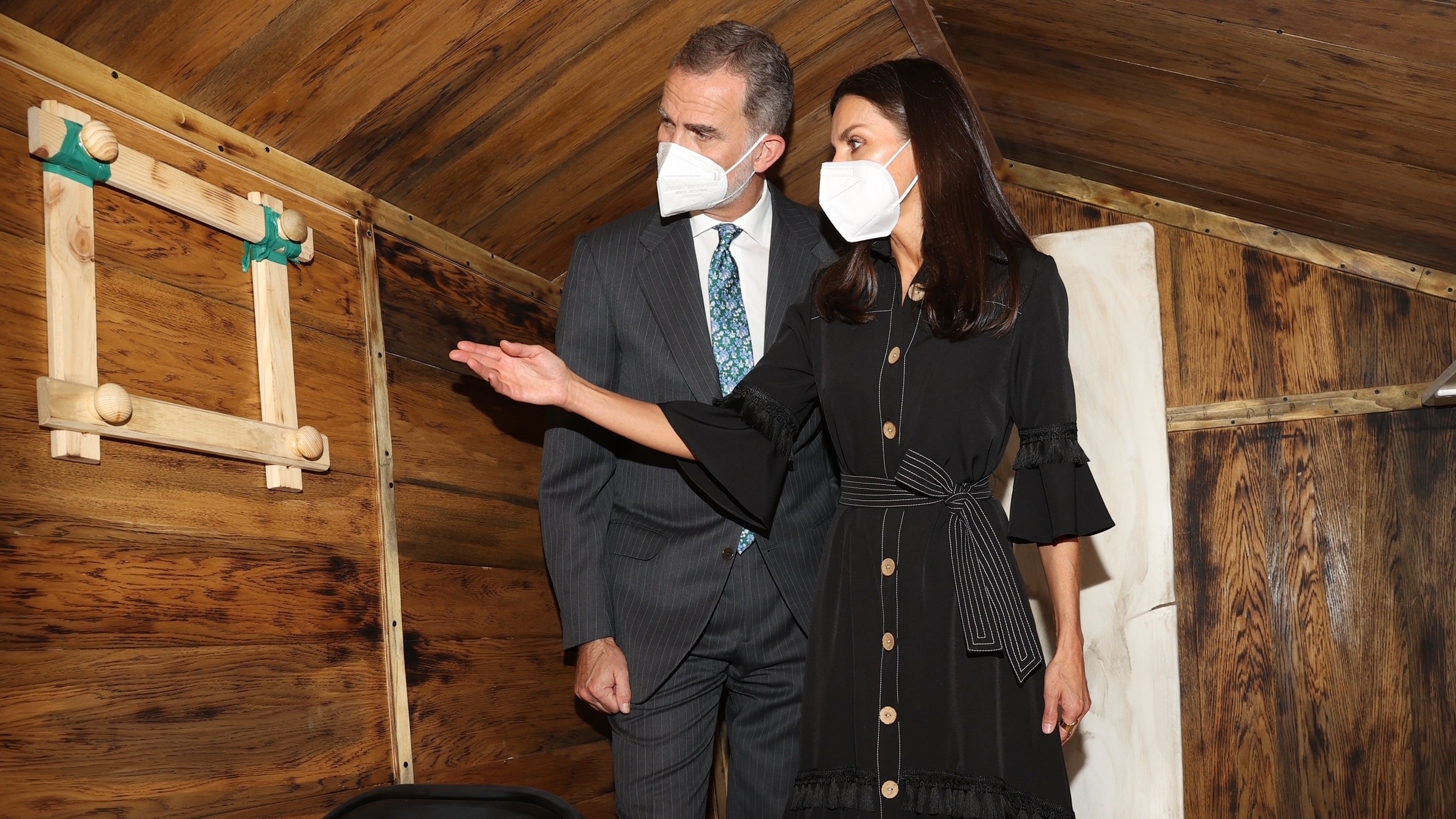 The Vitoria Victims of Terrorism Memorial Center is now a reality. The Kings, the President of the Government and the Lehendakari, among other personalities, have inaugurated it this Tuesday to turn it into the “Bank of Memory”, as defined by its director, Florencio Domínguez. After a private visit in which the monarchs and Pedro Sánchez have had time to feel the chill that the memory of the murders produces through the three floors of the museum, King Felipe VI has congratulated its launch because “ it reminds us ”that victims are one of the“ ethical pillars of our democratic system ”.

The photographs, the audios and videos and the symbolic objects that they have seen on the tour have not left them unmoved. Among them, the non-violent resistance of Gesto por la Paz and some of the more than 800 murders of ETA are recalled; You can see objects that people left on the streets of Madrid after the jihadist attacks of March 11 or on Las Ramblas in Barcelona; stained books from the Lagun de San Sebastián bookstore, which suffered numerous attacks; or Ignacio Echeverría’s skateboard with which the businessman tried to fight a terrorist in London. All of them vestiges that represent the recent history of pain in a society that has suffered and continues to suffer terrorist groups of different ideologies. Especially emotional has been the moment in which Felipe VI and Queen Letizia have visited the replica of the pit in which ETA imprisoned the prison official José Antonio Ortega Lara for 532 days.

The release of Ortega Lara on July 1, 1997 and ETA’s revenge for that act – the kidnapping and murder of the PP councilor Miguel Ángel Blanco in Ermua, 13 days later – represented a radical change in the social way of facing terrorism . Basque society began to stand up to them in the street.

The president of the Victims of Terrorism Foundation, Tomás Caballero, has influenced this idea in the brief speech he gave after the visit. “This reality, that of implacable executioners and that of innocent victims, is the one that we must not allow to blur,” he justified, in front of those who want to impose a story in which the victims are diluted with the perpetrators. The director of the Memorial Center for the Victims of Terrorism, Florencio Domínguez, has said that the main challenge is to transmit a real knowledge of the history of the violence unleashed “with political pretensions and of the victims it causes. This memorial, which was the Bank of Spain for decades, will now be Banco de la Memoria ”.

There have hardly been a few shouts of protest from those who claim that the center also welcomes the victims of the Franco regime or those of March 3 in Vitoria, when the police killed five workers during workers’ strikes in 1976. The Memorial covers all terrorism since June 1960, date of the murder of the girl Begoña Urroz by a DRIL (Iberian Revolutionary Directorate of National Liberation) bomb in San Sebastián, until the jihadist attacks in Madrid and Barcelona. The victims of ETA, those that generated the dirty war of the GAL, Grapo, FRAP and jihadism have a place in the Memorial Center that was born under the protection of the victims of terrorism law.

After observing a minute of silence, King Felipe VI has assured that from now on preserving the memory of the victims is an exercise of respect and justice, but also an essential element so that future generations are always aware of the seriousness of what happened and the pain caused by terrorism.

This center is run by a board of trustees made up of representatives of the central government, the Basque regional executive, the remaining autonomies, General Courts and victims’ associations. The Vitoria Memorial will be integrated into an international network of memory museums with the 9/11 in New York; the one in Oklahoma that recalls the massacre of 168 people in 1995; that of Paris, which has spanned since 1974, with the attacks of the Carlos terrorist group, The Jackal, until today with jihadism; and the one on the island of Utøya (Norway), which commemorates the 77 young Norwegian Labor Party members killed in 2011 by a neo-Nazi. In the institutional representation that participated in the inauguration of the Memorial Center there were no members of the Popular Party.