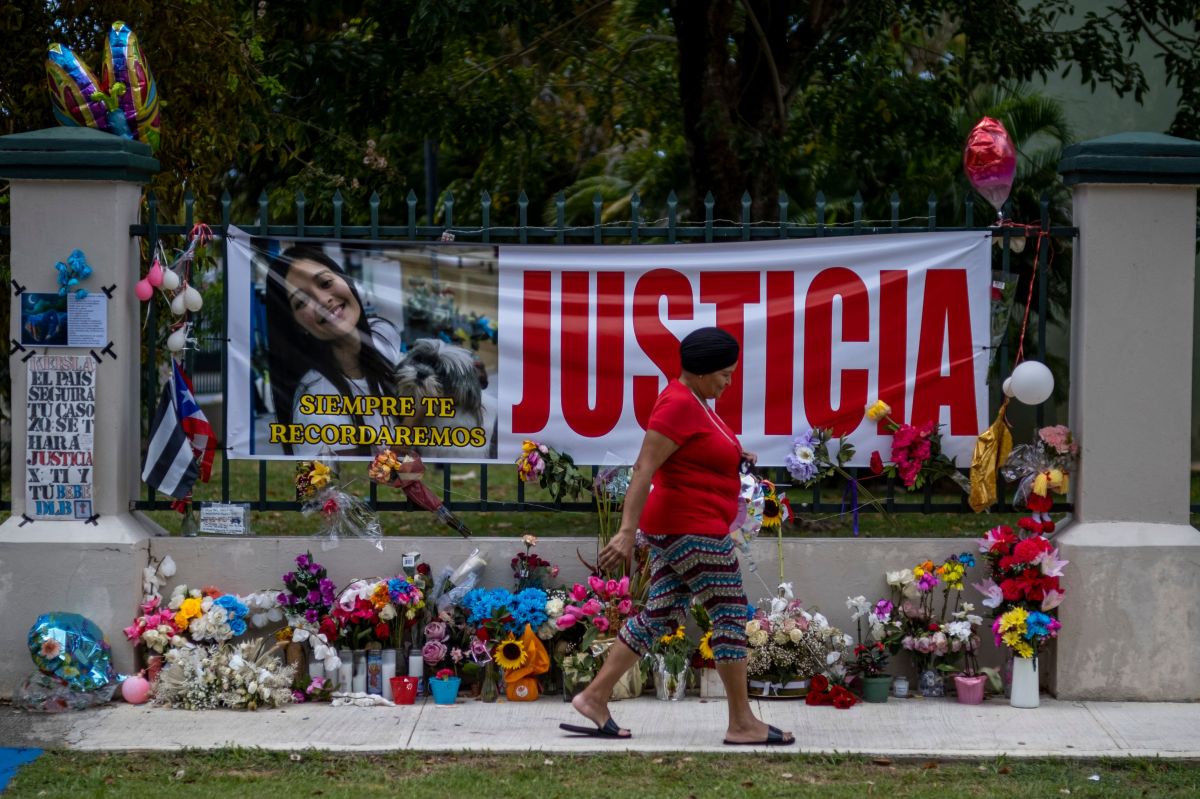 A makeshift altar calling for “justice” for Keishla Rodríguez Ortiz outside the public housing complex where she resided in San Juan, Puerto Rico.

Edwin Prado, who was the lawyer of Luis Antonio Cádiz Martínez, alleged boxer’s buddy Felix Verdejo in the murder of Keishla Rodriguez Ortiz on Puerto Rico, ruled out any linkage of Eliz Marie Santiago Sierra, Official partner of the fighter, or the father of this with the crime.

In an interview this Thursday in the Teleonce program Playing Hard Ball, Prado said that the rumors and speculation on social networks that locate Santiago Sierra and his father with knowledge or participation in the events that culminated in the murder of Keishla have only managed to tarnish the image of the young woman with whom Verdejo procreated a girl who has two years.

“Here I have said on several occasions that here two women have been murdered. One was physically murdered, violently, which is Keishla; and the other was murdered of character, of reputation, who is the wife of Félix Verdejo. We have heard defamation, slander, inventions, fatuous detectives, conspiracy theories with the father, the daughter, that if he forced her to marry, a lot of nonsense, and in everything that I heard, heard and investigated independently, those two people did They have nothing to do with it, nor do they show up ”, declared Prado, who was the liaison between his client and the prosecutors in the federal case.

“The information that I have and the evidence that I have is that when they found out about the pregnancy, Keishla was already dead,” the lawyer alleged in the interview.

“There are two people who conspired”

“Basically, there are two people who conspired and it is there … and there is no one else,” insisted the lawyer that Cádiz Martínez contacted last Friday to confess the criminal acts.

In a previous exchange with the gossip program La Comay TV, on the same channel, Prado insisted on the innocence of Santiago Sierra.

“Here in this case they have murdered two women, one was killed physically, and our condolences to Keishla’s family, and another is being killed while alive with defamation and tarnishing reputations. Verdejo’s wife has absolutely nothing to do with anything that happened there, ”argued Prado, a lawyer in federal cases with an office in Orlando, Florida.

“Let me say something and I want it to be crystal clear, based on the research that this server did, based on what our client contributed to the investigation, the only two people who are in this construction are the two who are in this specification. accusatory ”, stated the interviewee.

The co-defendant, who was washing cars in the Luis Llorens Torres de San Juan public or residential housing complex, in the island’s capital, would have conspired with Verdejo in exchange for money to help him kill Keishla on April 29 in the area. metropolitan area of ​​Puerto Rico.

Cádiz Martínez is the person identified as a “collaborating witness” in a complaint filed by federal authorities. signed by the special agent of the Federal Bureau of Investigation (FBI), Lorenzo Vilanova Pérez, document that is public.

Also Read  Spain, the rich country that least reduced the deficit after Covid-19, according to the IMF

The man said that Verdejo summoned Keishla not far from his home, and when the victim got into his Dodge Durango truck, the boxer punched him in the face and injected him with drugs. specifically fentanyl and heroin, according to a preliminary report of the autopsy carried out on the corpse by the Institute of Forensic Sciences (ICF).

“Verdejo and the witness then tied the victim’s hands and feet with a cable. The victim was tied with a concrete block. The witness took the victim’s keys and drove her car, which was nearby, ”reads part of the criminal complaint built from the story of Cádiz Martínez.

“Verdejo and the witness drove the two vehicles to the Teodoro Moscoso bridge that spans the San José lagoon, between San Juan and Carolina,” the document continues. “Verdejo and the witness drove to the bridge where the victim was removed from the car and thrown over the side of the bridge into the water. Verdejo shot the victim from the bridge with a pistol. The victim’s car was later abandoned ”.

The girl’s Kia Forte vehicle was found the next day parked on a plot of land in the town of Canóvanas.

This Thursday, a federal grand jury on the island filed charges against both of them for “carjacking” and kidnapping that led to the murder of the young woman as well as an unborn baby, since Keishla was allegedly pregnant with Verdejo.

The fighter, nicknamed “El Diamante,” also faces a charge for using and carrying a firearm during and in connection with a crime of violence. This charge refers to Verdejo’s alleged action of shooting the victim twice without hitting her while she fell into the water from the Teodoro Moscoso bridge.

Verdejo must appear at a hearing in the case on May 11.

The cooperating witness is in a place not identified by the authorities for security reasons.