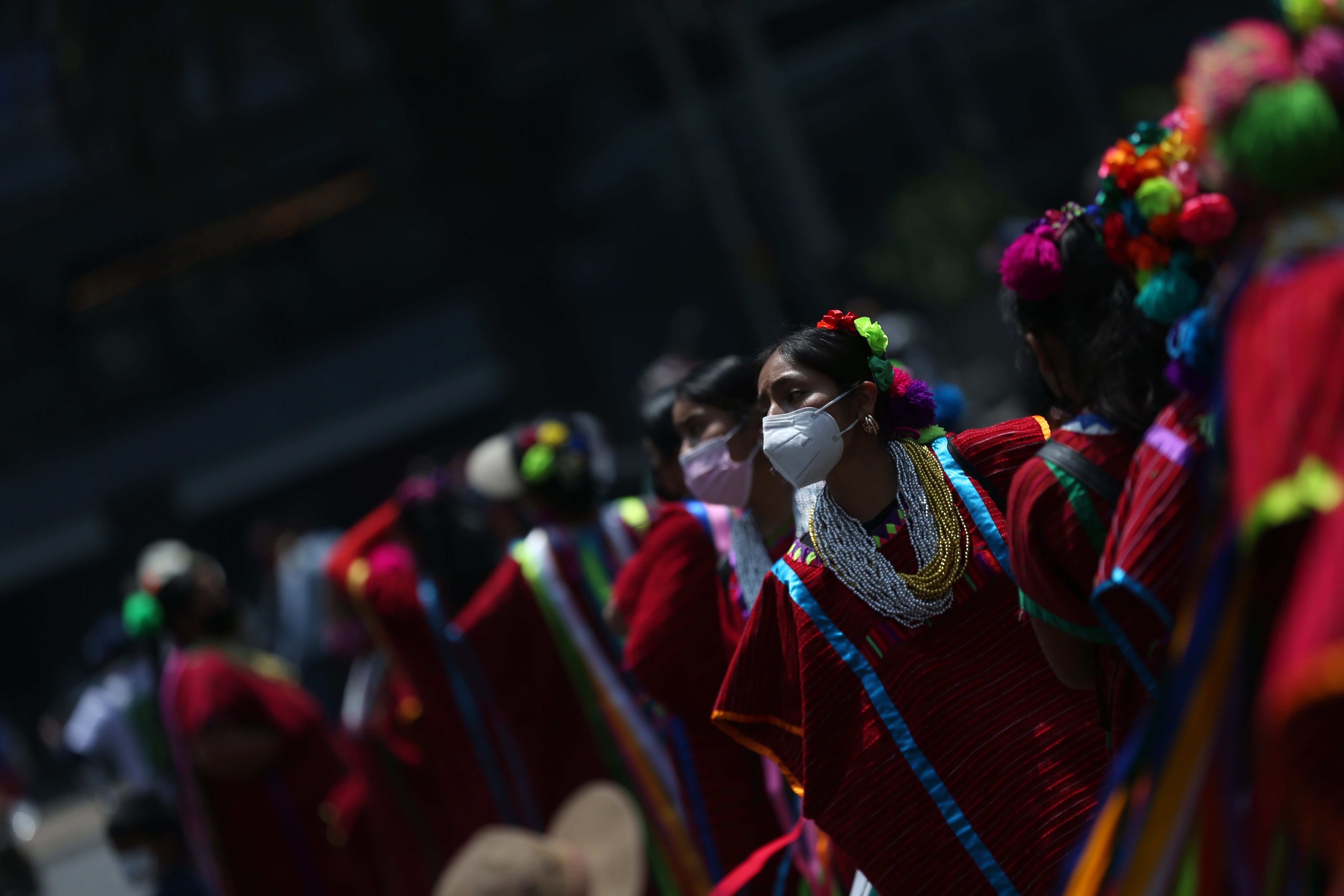 They have a lot to say and little space in society to do so. Indigenous women are the engine of many communities across the globe, yet their representation in decision-making remains a huge challenge. They often face the worst face of social and environmental damage, and witness the violation of the rights of indigenous peoples, without their leadership being taken into account. The discrimination for them is twofold. To put an end to the chain of inequalities, this Thursday the Second Global Conference of Indigenous Women will begin, a virtual space in which nearly 500 women leaders from all over the world meet to address the great challenges they face, such as the dispute over land. , the multiple violence they suffer and food sovereignty based on cultural identity. The horizon is common: “Nothing about us, without us.”

Native peoples represent 6.2% of the world’s population. About 476.6 million people belong to an ancestral community. Of all of them, 238.4 million are women. Instead, they are 15% of the poorest people on the planet, according to data from the UN Permanent Forum on Indigenous Issues (UNPFII). Poverty is a huge trip for ancestral communities, which, according to the Global study on the situation of Indigenous Women and Girls in the framework of the 25th Anniversary of the Beijing Declaration and Platform for Action, carried out by the International Forum of Indigenous Women (FIMI), has caused the forced migration of these women to the city due to the scarcity of economic opportunities, the lack of basic social services and the expropriation of land.

Also Read  The aerial 'pateras', a new form of illegal entry into Spain

This report, published in 2020, highlights the similar challenges these women face. The five regional reports independently documented high levels of structural violence, discrimination and marginalization. On the other hand, the reluctance of various governments in Africa, Asia and the Pacific to recognize indigenous peoples as such continues to represent the fundamental problem for the protection and promotion of their human rights. They are invisible in the development of public policies. And they, more.

We want to say: here we are. And show ourselves as agents of change from the local to the global that we are

That is why, in 2013, more than 200 women leaders from around the world gathered at the Global Conference of Indigenous Women in Lima, Peru. Then, a Political Positioning and Action Plan was agreed to promote the creation of public policies and the allocation of specific budgets in areas such as the elimination of violence, the eradication of poverty and the incorporation of these in politics, the economy and promoting access to land, education and health. Eight years later, and in connection with the evaluation of the Beijing Declaration and Platform for Action in 2021, indigenous women hold the second meeting to carry out their own assessment.

For Teresa Zapeta, executive director of FIMI, the objective is clear: “We want to say: here we are. And show ourselves as agents of change from the local to the global we are ”. The Mayan K’iche ‘leader hopes that the global platform will serve to bring together different contexts and similar realities in the seven rural regions and “also to publicize our good practices and our contributions in the communities and countries.”

The conferences, with topics ranging from education to sexual and reproductive health or access to technology, will be virtual (and can be followed here) due to the pandemic and will be held every Thursday of next month, at different times so that they can be followed from anywhere. The speakers applied to participate in the event after obtaining the support of their organization or community, thus ensuring that they are the voices of the peoples at the conference and that they replicate the conclusions.

They, engines of change

During the conference, experiences will be exchanged on how they are transforming the world, from leaderships in public positions and international institutions, but also from transforming and sustainable good practices at the local level. The talks bring together indigenous women leaders from different regions and experiences – parliamentarians, artists, members of the United Nations, mayors and social activists – to share a first-person testimony.

Thus, on Thursday, August 12, the inaugural conference will focus on their influence on the international agenda and will include the New Zealand Minister of Foreign Affairs, the Maori Nanaia Mahuta; the Minister for Gender and Human Rights of Burundi, Twa Imelde Sabushimike; Nepalese Pratima Gurung, from the Global Network of Indigenous People with Disabilities; the Quechua activist and president of FIMI, Tarcila Rivera Zea, and the Sami Christina Henriksen, president of the Sami Council in Norway.

On Thursday, August 19 and 26, the discussion will be extended with leaders such as Victoria Tauli-Corpuz, UN Rapporteur for Indigenous Peoples until 2020; the current Secretary of the Interior of the United States, Debra Anne Haaland; the Minister of Foreign Affairs of New Zealand, Nanaia Mahuta; Kenyan MP Silvia Kihoro Museiya, Nairobi County Assembly; Philippine environmentalist Joan Carling and Gladys Acosta of the Committee for the Elimination of Discrimination Against Women (CEDAW).

Also Read  From Hidden Penises to Barbra Streisand: How Frieze Got His Mojo Back - Review | Frieze art fair

“We hope to leave this meeting with a base document or a global agenda that includes our main lines of action and priorities for the next ones,” Zapeta adds. “We want it to be clear where we will put our strength and also where we are asking the state to respond to its responsibility with our individual and collective rights.”