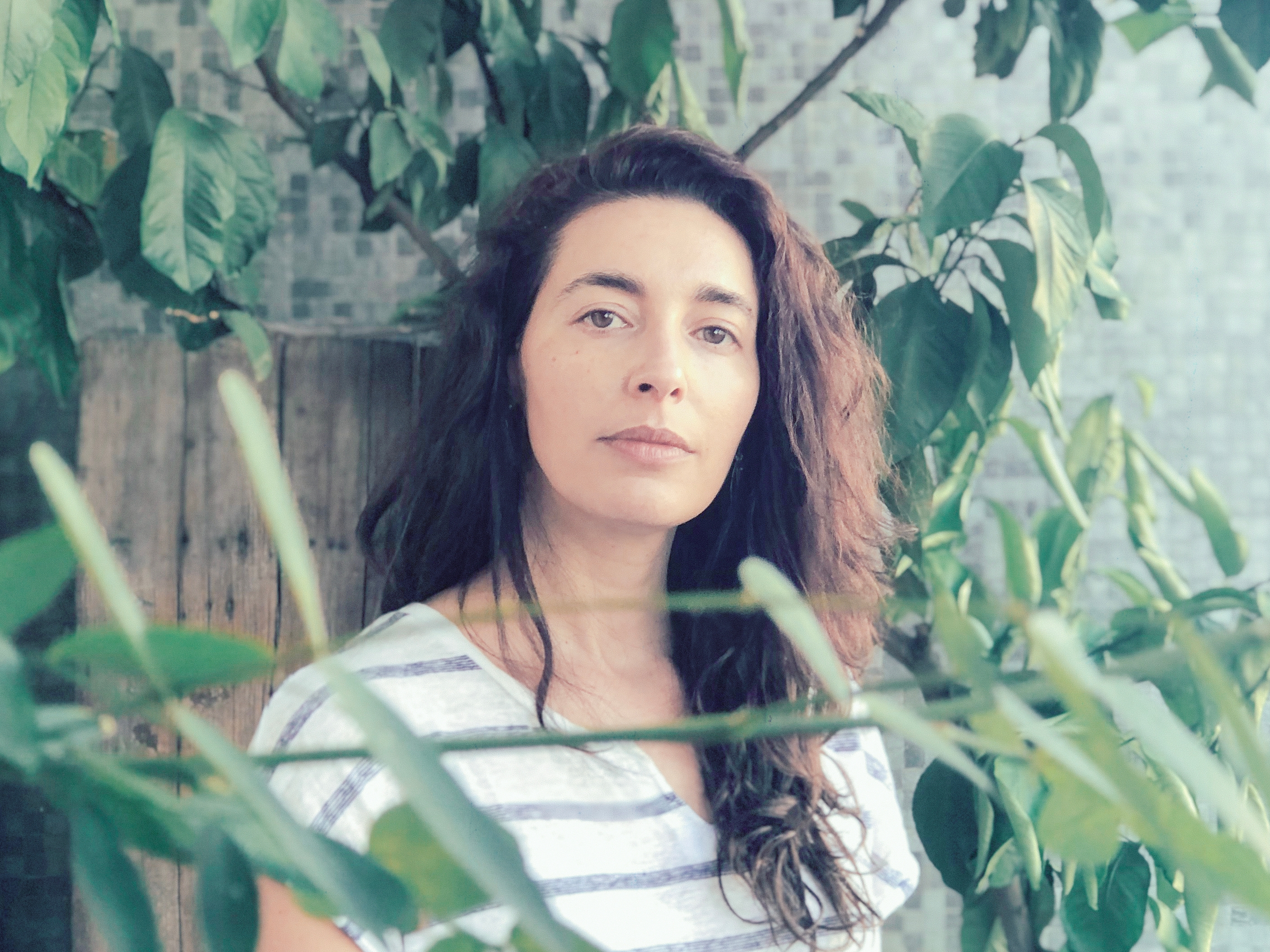 Fernanda Trías, a Uruguayan writer based in Bogotá, finished writing her new novel, Pink Dirt, in December 2019, three months before the pandemic was declared. When he reread it in May, before it went to press, he understood that in addition to writing his first science fiction novel, he had written a story with premonitory power: he had imagined in 2019 the horror that awaited us in 2020.

The novel is almost a description of our daily lives: a woman and a child are confined in a Montevideo department because the air outside can be deadly – in this case a polluted pink wind. The initial symptoms of the patients are cough, weakness, general malaise. The authorities ask the citizens of Montevideo not to forget their mask when leaving, hospitals are collapsing, but some citizens spread conspiracy theories to deny the danger. The markets are almost empty, and the protagonists have little more to eat than ‘pink filth’: some by-products of meat processed with the remains of the animals.

The novel, by Random House, is already in bookstores in Uruguay and will be found in those in Latin America and Spain in April 2021. Within the literature on epidemics, in addition to Camus with The Plague or Saramago with Essay on Blindness, Pink muck it will be a book indispensable to understand what happens to us psychologically and socially in confinement. El PAÍS spoke with Fernanda Trías, a 44-year-old writer born in Montevideo, about her new book.

Question. The deadly phenomenon of the novel is not called covid-19 but rather ‘The Prince’: a polluted wind that comes from the Río de la Plata, which seems linked to the ‘pink dirt’ that the protagonists eat. Where does this disease come from?

Reply. An Indian historian named Dipesh Chakrabarty says that the climate of history and the history of climate are intimately linked, and that they have become confused. Because the human being as a species has become a geological agent. From industrialization to here began what they call the Anthropocene. I had been reflecting on the consequences of human beings on the environment, and this pandemic is a direct consequence of the way in which we relate to the environment, our relationship with animals and the horrifying conditions of the food industry: the markets unhealthy factories. Just as patriarchy is a social structure of domination and hierarchy over half the population, there is also a hegemonic domination and systematic exploitation of man over animals that consists of systematic destruction and killing.

Before the pandemic began, I was already very aware of this apocalyptic feeling of: we are destroying everything and there will not be time to stop this self-destruction. Because if everything continues like this, as I think it will continue, by 2100 74% of the regions where people live today will become uninhabitable environments where there will constantly be lethal diseases.

P. There is a lot of humor in the novel when he describes how the media covers the epidemic. Do you see a parallel with the way information has been handled in recent months?

R. Yeah sure. It can be said that the current crisis is the crisis of the great rapporteur. There are no great stories, the story is atomized, and I was thinking about the information bubble generated by the algorithm of news on social networks. In the networks we are talking alone, or we read each other, and with speeches or posts we convince those who are already convinced. We are blind to a reality that is elsewhere and that suddenly, when that bubble explodes, it explodes in your face. That applies to the pandemic with all that we are seeing from the anti-vaccines, and with all the false information that is circulating now.

I also wanted to make fun of opinology a bit, which has been so patent during this pandemic. With the democratization of social networks and the internet, we rejoice thinking that it is a democratization of the media at last, but once again our own invention exploded in our faces. We are entering the era of individual opinology.

P. The novel is also about confinement: the protagonist is locked up with a child she cares for. What does the novel tell us about this life in quarantine?

R. Although I really liked imagining this dystopian world, what interested me was not the dystopia but what happened in the protagonist’s house, the human and emotional relationships between the protagonists. Being confined in the house allowed me to create a kind of stage, like in a play, where the subtleties of reflections, emotions, conflicts, take center stage. And also because in the confinement is when I can take the character against the ropes, cornering him and without the possibility of escape. How far can you go? What things emerge?

There I wanted to give a lot of space to the construction of memory. How do we build this that we think we are, based on everything we have lived through, but which is also a constant edition? All the time we are editing our past. There are many things from our past that we do not remember, and I wanted to give the protagonist that space to make that trip into the past to understand the relationship with her mother, with her ex-husband, with the character of Delfa [su cuidadora]. In memory the past is past, but it is also present in the moment that we are re-visiting it. At that moment the brain does not understand what is past and what is present. The moment it is remembered, it is rebuilt in the imagination, and therefore it is relived.

P. One of the issues the narrator struggles with is the issue of motherhood: the abandoning mother and the one she cares for are not the same.

R. Motherhood is at the center of the novel for me. The rooftop is the novel about the father, and the mother was surprisingly absent. Always what is not there, what is not talked about, is the core of pain. I realized that the theme of motherhood had been avoiding him in my narrative. I wanted to think about how a non-biological maternal relationship develops or develops. How to become a mother. Because the protagonist is a woman of more or less 40 years old, without children, but with all the conflicts that the child generates, she is becoming a substitute mother for this child. And feeling conflicts that any mother could feel: between boredom, boredom, tenderness, protection. And I also wanted to think about the various conflicts with being a daughter. I wanted to think of motherhood not as a possession. For me, that scene in which the protagonist remembers that the mother forces food into her mouth is important to me, and when she told her that it was hurting, the mother replied ‘I know it hurts, why? because I am your mother‘. So motherhood as a possession versus motherhood as a weaving of affective threads. There can be many maternal figures, and one could think of motherhood in another way, and not as a possession, which in the end is such a patriarchal thing.

P. The novel also explores a medical theme: the narrator cares for a child whose appetite can never be satiated, he has a disease known as Prader-Willi. What is this disease a metaphor for in the novel?

R. I discovered Prader-Willi syndrome doing medical translations, because I have been doing medical translations for many years. From the reflection on our bond with animals, and the way we eat, I saw that more than eating, we predate. More than feeding, we prey. That in several areas, not only in the diet itself, but in the affective. I think that in that compulsion is the need to fill a void, which has to be internal. Existential or spiritual, whatever you want to call it. Already knowing the Prader-Willi syndrome, I could not help seeing the metaphor that existed between this syndrome and our society of unbridled consumption. This unbridled consumption is destroying us, just like the unbridled consumption of food in people who suffer from this syndrome. Obviously that is truly uncontrollable, because the command that allows you to feel the feeling of satiety is missing. Therefore it is a constant hunger. And that moved me a lot, it shocked me to try to imagine that you can feel constant hunger. It is very painful to imagine. Therefore, people who are born with this syndrome without supervision, without very strict control, eat until they destroy themselves, until they die. Due to morbid obesity or other associated diseases. They can eat garbage, they can eat things that are not edible, they can become violent to access food.

Obviously I saw the metaphor, of this voracious capitalism in which we live, in which we consume until we destroy ourselves.