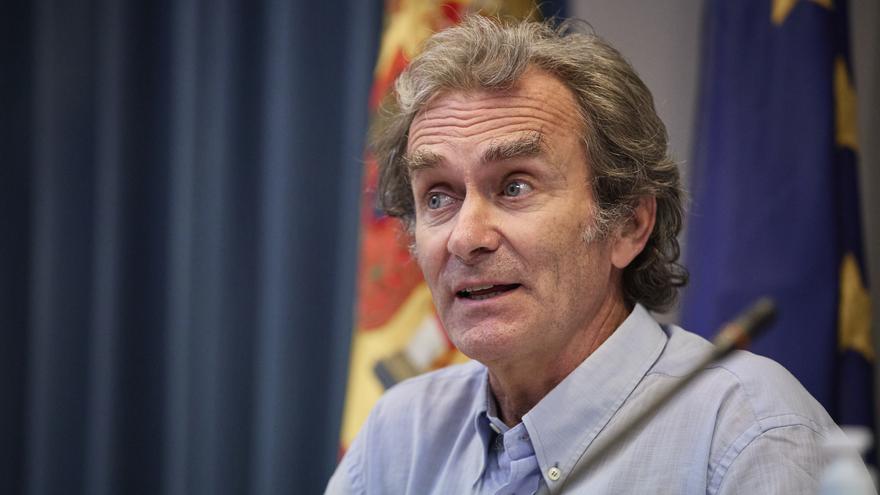 In Spain, approximately 2,500 samples are sequenced every 14 days, and these results are incorporated into a European database, Gisaid. In the last 92 sequences the percentage of delta variant is 43%.

Already between May 31 and June 14, 20% of the more than a thousand sequences were of the delta variant. The percentages that Fernando Simón contributed in his press conference on Monday correspond to those that appeared in the databases in the first half of May. Because sequencing takes time, the actual percentages for a rising variant, such as delta, are considered higher than those listed in the tables at any one time.

Until four days ago, Fernando Simón and the Minister of Health, Carolina Darias, spoke of a percentage of 1 percent. This percentage corresponds to the period between April 19 and May 3. “The problem is that fortunately, there is this database to share sequencing results against epidemics that clarifies what data are real and have nothing to do with what they tell us,” the Galician technical engineer points out on his Twitter account Ovidio Fernández (@WanOvi). His thread shows the data from the Gilead database and the graphs available on the Covariants.org website, which reflect the evolution of the variants by country.

The European Center for Disease Prevention and Control (ECDC), dependent on the European Union, has warned that the delta will account for 70% of infections in the EU at the beginning of August and up to 90% at the end of that month. The ECDC highlights that the delta is between 40% and 60% more transmissible than the alpha (British). However, the Ministry of Health report dated Monday only states that the delta is “probably more transmissible”, and does not even classify this sublineage B.1.617.2 as “of concern”.

This report, entitled “Update of the epidemiological situation of the variants of importance in public health in Spain”, indicates that “in Spain, the delta variant (B.1.617.2) has been increasing its percentage in random samplings until reaching a 2.7% in week 22 ”. That week 22 to which the Health document refers is the one between May 31 and June 6, that is, almost a month ago.

It is also striking that the Ministry of Health classify this variant first detected in India as “variant of interest” (VOI) and not “variant of concern” (VOC). As variants of concern, it only considers alpha (B.1.1.7, detected for the first time in the United Kingdom), beta (B.1.351, South Africa) and gamma (P.1, Brazil).

As he did with the English variant (alpha) until it was dominant in Spain, Fernando Simón continues to downplay the Indian variant: “The global increase in infections is now not associated with the delta variant, but rather that we have non-immune populations among which the virus is circulating ”, he settled at his press conference last Monday.