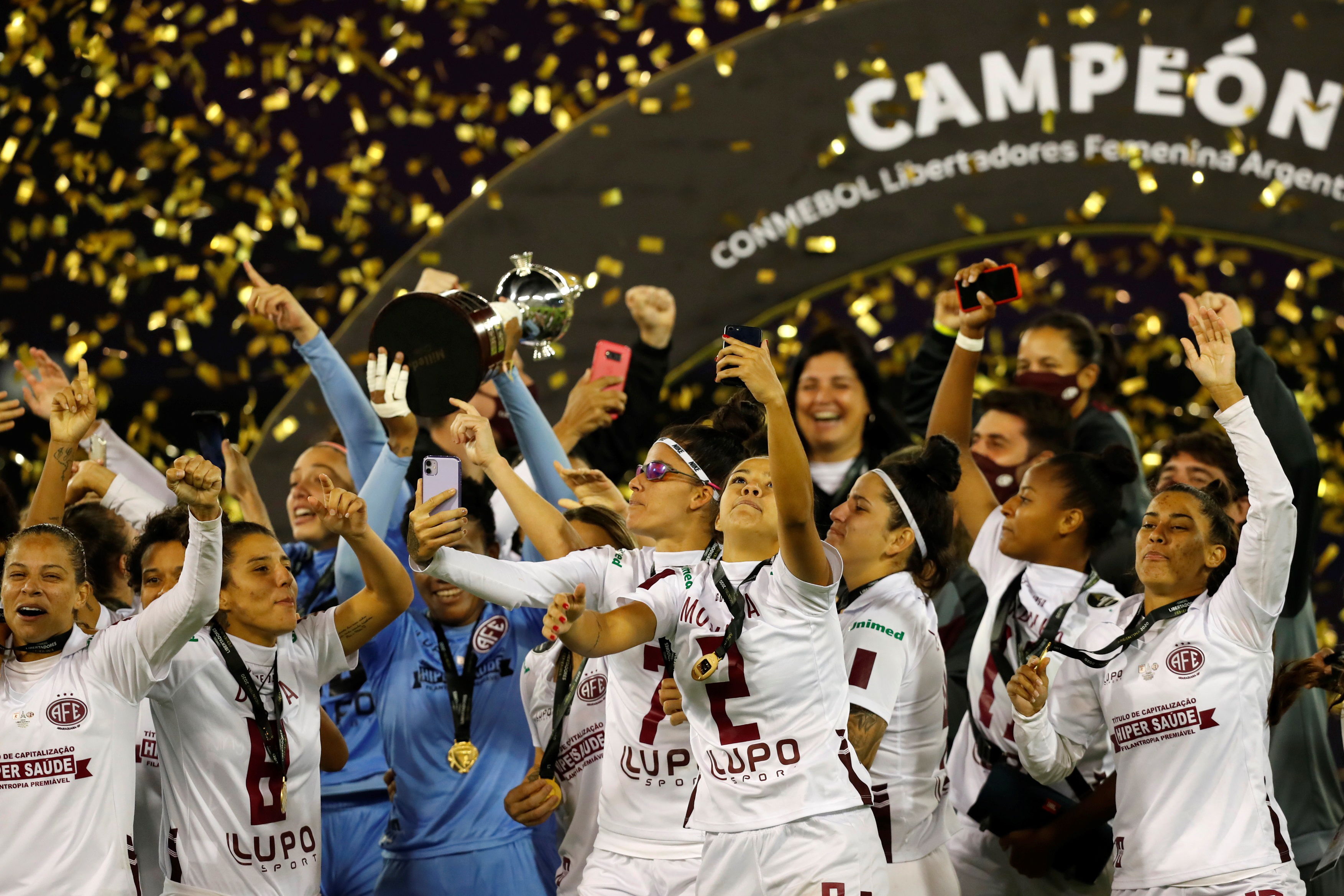 Ferroviaria, from Brazil, has been crowned champion of the Copa Libertadores Femenina by defeating América de Cali 2-1 in a vibrant final. The Colombian team played a great game and fought until the last minute, but could not recover from two mistakes in the area that gave victory to their rival in Buenos Aires. With goals from Sochor and Aline Milene, Ferroviaria won its second title in the top continental tournament this Sunday, a year after losing to Corinthians in the final. Of the twelve Liberators disputed to date, nine have remained in the hands of Brazilian football, a long way from the rest of the continent.

Ferroviaria played an intelligent game at the Vélez Sarsfield stadium and was able to withstand the attack of the scarlet team. After seven minutes of play, Sochor opened the scoring with a free kick. The tie came after 37 minutes of penalty, executed by the captain, Catalina Usme. But the joy quickly faded: five minutes later, Brazilian Aline Milene also scored a penalty and brought the score forward again.

In the second half, América de Cali was far superior to its rival, but failed to overcome the match. Four shots on target crashed into the posts and the others were stopped by the Brazilian goalkeeper, Luciana, one of the great figures of the team. The Colombian offense increased even more in the last fifteen minutes of the game, when they sought the goal from the center, the wings and with long balls, but they could not repeat the feat achieved against Corinthians, which they eliminated in the penalty shoot-out. after achieving an agonizing draw in the 93rd minute.

“I am very touched and very sad, because I know what we gave, what we are preparing, but we have to move forward,” said Catalina Usme, the captain of the Colombian team at a press conference. “We made mistakes that we had not made before,” he admitted. His brother and team coach, Andrés Usme, has highlighted the team’s growth in recent years – third in 2019 and second in this 2020 edition, held late by the covid-19 pandemic – and the desire to achieve the championship in the next edition.

With Ferroviaria, which she has directed for less than two months, Lindsay Camila has become the first coach to lift a Copa Libertadores. “I tried not to think about it too much because it was a lot of pressure,” Camila confessed. “All women have to believe that they can. Women need more spaces everywhere ”, she continued. The coach has said that she still does not quite believe the title: “It was a job for the players, they have done everything. We are the miracle team ”. The Brazilian team is awarded $ 85,000 as first prize and America, 50,000.

Like Camila, the Usme brothers have reiterated the importance of supporting women’s soccer in Latin America. “They have been fighting for many years to have a good women’s football, to have good conditions and everything they have done came to my head, when they had to work at night and train during the day,” Andrés Usme recalled about those more veteran players , which broke through before Colombia and other countries bet on the professionalization of women’s teams. “Brazil continues to be a benchmark because there are abysmal differences with the rest of the continent. He has us a lot of advantage ”, added Usme in reference to the dominance of the South American giant in this sport.

This edition of the Copa Libertadores Femenina has been the first to be played in Argentina. The two local teams, Boca Juniors and River Plate, were eliminated in the semifinals after losing to América and Ferroviaria, respectively. Its rapid elimination from the tournament and the ban on public entry to stadiums due to the pandemic reduced the visibility of a competition with which it was expected to show the great boom of this sport.