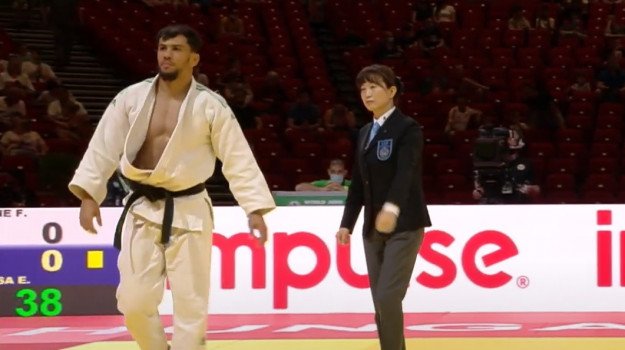 The Algerian Judoka Fethi Nourine, who competes in the category of weight below 73 kilos, has given up participating in the Tokyo 2020 Olympic Games to avoid having to face the Israeli Tohar Butbul, he told a channel in his country on Thursday night. Nourine, who had already performed in the same way at the 2019 World Judo Championships, declared this time on television: “We are not going to raise the Israeli flag and we are not going to get our hands dirty by facing an Israeli.”

In 2019, the Algerian Judo Federation did not immediately offer an explanation. However, Algerian national coach Amar Ben Yekhlef told Ennahar channel on Thursday: “We were not lucky in the draw. We have worked hard to qualify for the Games, but the Palestinian cause is bigger than all of this. We reject the normalization of relations with Israel ”.

Lounes Guemache, director of the TSA digital site, has assured from Algiers that Nourine is not considered a “sports star” nor is he among the best known Algerian Olympic athletes. “However,” adds this journalist, “almost all Algerians agree with the rejection of normalization of relations with Israel, including symbolic normalization, such as competing in the Games.” “Algeria”, explains Guemache, “has a revolutionary tradition of opposition to colonialism. And we must not forget that Algeria was where the Palestinian State was proclaimed, in 1988 ”.

Between the first resignation of judoka Nourine -in 2019- and the one registered now, a key event has occurred. Morocco, the neighboring country of Algeria with which it has had a dispute for decades over Western Sahara, undertook the normalization of relations with Israel on December 10. That day, the then president of the United States, Donald Trump, recognized Moroccan sovereignty over Western Sahara. Morocco, in return, established diplomatic relations with the Jewish state. The immediate step will be the visit to Rabat of the Israeli Foreign Minister, Yair Lapid, announced for the next few weeks.

The visit will take place after the international media consortium Forbidden Stories has revealed that Morocco has a list of 10,000 numbers as possible targets of eavesdropping and control by the Pegasus spy software, sold by the Israeli company NSO. Of those 10,000 numbers, more than 6,000 belong to Algerians, including members of the country’s political and military leadership, according to Forbidden Stories.

Athletes from other countries, including Iran and Egypt, have previously refused to compete against Israelis, in the context of the complex relations between the Islamic world and Israel. Until last year, when it expanded diplomatic ties to the United Arab Emirates, Bahrain, Sudan and Morocco, the Jewish state only maintained formal relations with Jordan and Egypt, which at times have been tense even in the sports field.

Rejection of Egypt and Iran

At the 2016 Rio de Janeiro Games, Egyptian judoka Islam el Shahaby left the competition a few hours after refusing to shake the hand of an Israeli rival, Or Sasson, who had beaten him in the men’s first round in the men’s category. more than 100 kilos. The Egyptian, who had been a medalist in the 2010 World Championship, was subjected to pressure from Islamist groups in his country on social networks to withdraw and not face Sasson, according to the information portal Times of Israel. Later, he came under harsh criticism for being defeated.

The International Judo Federation issued a four-year international event ban order against Iran’s Judo Federation last April after Tehran’s sports authorities demanded that its athletes not face off. never to Israeli opponents. The entry into force of the order was postponed until September of that year, when the judoka Saeid Mollaei he left the Iranian team during the World Championships in Tokyo. From exile, Mollaei revealed that he had received instructions from Iranian sports officials to allow himself to be defeated so that he could withdraw from competitions if the victory involved a confrontation with an Israeli.

The International Olympic Committee authorized Mollaei’s inclusion in the Mongolian national team as a refugee in early 2020. Soon after, the Iranian judoka traveled to Israel to participate in a test in Tel Aviv. “I am competing only for Mongolia, I am not competing for Iran anymore. I have always been an athlete and I have never gotten into politics, “he then told the Kan channel, the Israeli state television.