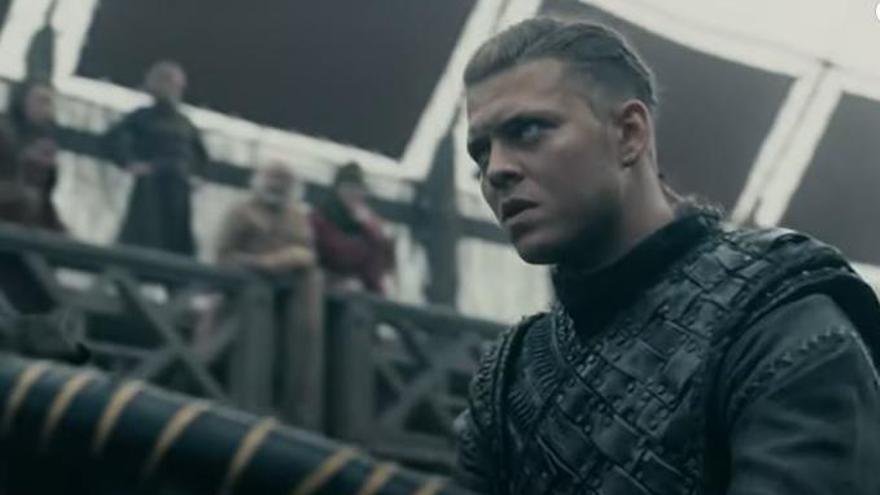 Throughout its 6 seasons, the series Vikings (Vikings) has given its fans great doses of emotion and drama, but also a huge amount of battles and bloodshed, of betrayals between its protagonists. Many of them were inspired by real historical figures and although some things were changed for fiction, others happened as they are narrated.

Given the large number of characters involved in the series, which comes to an end, it is difficult to know which were real and which were completely invented for fiction. And more considering that many of them could exist, but they have been erased from historical records.

However, these 15 Vikings were real, and their story has been told with more or less fidelity depending on the plot.

The protagonist of the first seasons existed in real life. However, it could be very different from how it is shown in the series, since more than a single figure is believed to be a compilation of various Vikings from history. In Vikings, he is the first of his people to reach France and England.

In history, it is believed that Ragnar, or the person he is based on, was the first to claim land in the conquered territories. And as in the series, he is considered the son of Bjorg Ironskin and Ivar the Boneless, and there is evidence that he married Lagertha and Aslaug, but also Princess Thora.

Although she begins as a simple peasant, Lagertha quickly earns the respect of the Viking people thanks to her fierceness and her independence from Ragnar. It has a lot of weight in the plot, but in reality it is only mentioned in the story in the 13th century text Saxo Grammaticus Gesta Danorum.

From its history it is said that he met Ragnar in a battle and he fell madly in love with the warrior. They both get married and have two daughters and a son, although he’s not Bjorg as the show shows. Eventually, Ragnar leaves her to go with Thora, who does not appear in the series. Despite appearing in the texts, most historians doubt the veracity of the character.

Rollo is an important historical figure among the Vikings, although he was not Ragnar’s brother and was born around 860, three decades after the events of the series. He is attributed the assault on France in 885 and the founding of the Duchy of Normandy, after the cession of lands of King Carlos the Simple in exchange for protection against other Viking peoples.

Also Read  The Brexit dinner in Brussels: fish and frank talk but no one was satisfied | Brexit

Rollo ruled Normandy from 911 to 917 and his descendants remained in power, conquering lands in Italy and Sicily. Additionally, he was one of the ancestors of William the Conqueror, who would later become William I of England.

Bjorn’s story in the series is quite faithful to the true story, as he is also considered one of Ragnar’s possible sons with AslaugNot with Lagertha, and his older brother was Ivar the Boneless. He was a conqueror and navigator who founded the Munsö dynasty in Sweden.

However, unlike the show, he is credited with the ruse of faking his own death to penetrate the walls of Paris under the excuse of receiving a Christian burial in the city’s monastery. Once inside, with the few Vikings who had been able to accompany him on his wake, he made his way to open the walls of the city. This also happens in Vikings, but it is Ragnar who fakes his death.

Ivar the Boneless was the eldest son of Raganr Lothbrok, and its name is due to a bone disease that made your bones brittle, which prevented him from walking normally. Even so, as shown in the series, he commanded the Great Heathen Army in 865.

This was an army made up of several Viking clans that united to attack Northumbria and East Anglia. He was the conqueror of York, and many historians believe that the attack was in revenge for the death of Ragnar. He later attacked Scotland with the King of Dublin, Olaf the White, earning him the title of “King of the Norsemen of all Ireland and Great Britain. He died suddenly in 873 of unknown causes.

Ubbe is based on the historical figure of the Viking Ubba, who lived during the 9th century and was one of the great commanders of the Great Pagan Army. Unlike the series, it had no relation to Ragnar or Ivar, but commanded the Frisian part of the army, a region located in the North Sea, near the Netherlands and Germany. His place of birth is unknown.

Also Read  Eduardo Divar (Kia): "The electric vehicle will not triumph until it is the first car from home"

Although in the series he is known only as Hvitserk, his real name is believed to be Halfdan Ragnarson, although as the program shows he was the son of Ragnar and Aslaug, and was another of the main commanders of the Great Pagan Army. Hivstek is a nickname that meant ‘white shirt’.

Historical sources differ on whether he died in York or Northern Ireland during the subsequent attacks. Legend has it that he was captured and when asked how he wanted to die, he asked to be burned on a pyre of human bodies.

Aslaug is one of those characters whose history borders on mythology, but that really existed. Daughter of the legendary hero Sigurd and a Valkyrie named Brynhild, she was raised by peasants who found her abandoned, and covered her face with dirt to hide her beauty.

When Ragnar meets her he is dazzled and decides to marry her. Although in the show she is the mother of Ivar, Ubber, Hvitserk and Sigurd, in real life she was the mother of Bjorn and not Ubbe, and the third wife of Ragnar instead of the second.

Floki was the first Viking to come to Iceland on purpose. Although two other Norsemen arrived before him, they did so accidentally. To calculate how far you were from home, he used two trained crows, which earned him the nickname Hrafna-Flóki Vilger * arson (Raven Floki).

In the series, Floki does not travel to Iceland until Season 5, so his entire previous story is fictitious. Most likely, he had no connection with Ragnar and the rest of his people. Historical sources say that he moved to the region with his family, although his wife and son are already dead when he does so in fiction.

Inspired by the figure of Harald Fairhair, who is considered the first Viking to unify Norway into a single kingdom, the true story is very similar to that of the series. After being rejected by the woman he loved, Harald promised do not cut your hair until you have united all the Nordic peoples in only one, which earned him his nickname. It is believed that he lived in the late 9th and early 10th centuries, so it is unlikely that he was related to Ragnar and his sons.

Judith of Flanders was the second wife of King Aethelwulf of Wessex, whom he married at the age of 12 when he returned to England from Rome, as she was the daughter of King Charles of West Frankia. In the series she had children with Aethelwulf and Aethelstan, but in reality she only had them with Baldwin I, her third husband.

As the show shows, Aethelwulf was the son of King Ecgberth of Wessex, who has not been recorded as having a relationship with Ragnar. Although the series portrays him as a weak and manipulable king, historical records show him as a strong leader who always protected his people from the Viking invasion. Instead of having one child with Judith, as shown in VIkings, he had six with his first wife, Queen Osburh.

Charles II was the sovereign of West Frankia when Ragnar besieged Paris in 865, and used bribes as a way to prevent the Viking massacre, sending them home with each other instead of promoting more attacks. However, his path never crossed that of Rollo, who arrived in Paris after the death of the Emperor. In fact, he did not get the title until 875, a decade after what was shown in the series.

Bishop Heahmund was a holy warrior in the Wessex army who served Aethelred and Alfred the Great, as the series shows. There is not much information about his life, but it is believed that he died in 871 in the Batalal of Marton, at the hands of Hvitserk. In the series, it is Gunnhild who ends his life, and maintains a delinquent relationship with Lagertha, whom he never met in real life.

King Horik appeared in the first two seasons, and manages to trick Ragnar into helping him defeat the Danish king. Actually, Horik was himself who became king in the early 9th century, and he had a deep hatred towards Christians and converts, something the series portrays faithfully. But it was his nephew who murdered him, and not Ragnar.