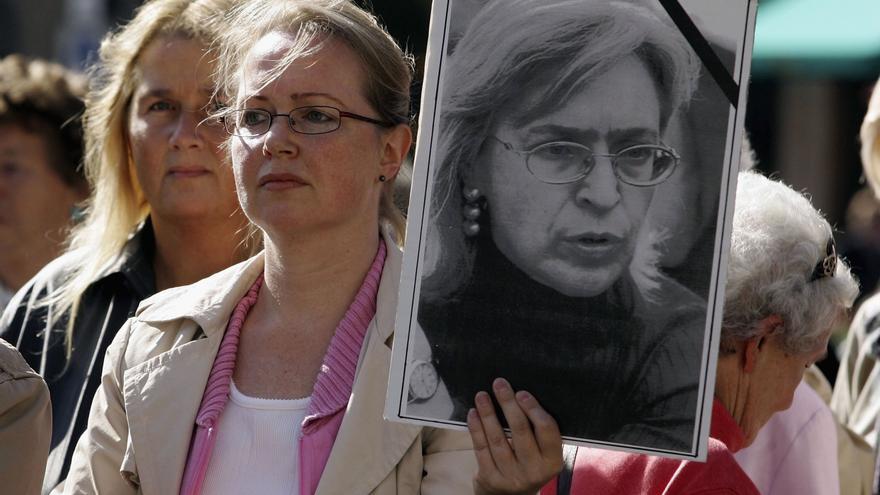 The murder of the journalist Anna Politkovskaya, one of the most uncomfortable and influential voices in Russia, has completed 15 years this Thursday without the mastermind of the crime having been tried. The case, which has raised blisters at the national level, is understood by many as a paradigm of impunity and remains unsolved.

The fate of Politkovskaya, who had suffered numerous threats for carrying out her work, was cut short on October 7, 2006, when she received four shots in the elevator of his house. The journalist was immersed in an investigation into the repression and violence exercised by the Russian Army during the Second Chechen War, which dates back to 1999.

His crime provoked a strong wave of criticism. Despite having suffered an attempted poisoning and having been victim of a mock execution, Politkovskaya did not stop. Shortly before his death, he had revealed that he was investigating torture cases in prisons in Chechnya.

His goal, to get the Chechen president, Ramzan Kadirov, sit on the dock in this case, it never materialized. However, today many consider her a symbol of resistance and courage, especially for not having left Russia.

For the Kremlin, the “imminence of punishment for his murder is paramount”, as its spokesman has pointed out, Dimitri Peskov, who recalled that at the moment it is unknown who commissioned the assassination, which occurred on the same day that the president, Vladimir Putin, turned 54.

The Russian authorities have distanced themselves from the end of the investigations – whose term expires this Thursday – and have assured that they cannot evaluate the “legal possibilities” of the case nor the decisions of those who are in charge of it. Nor do they extend the investigations.

“We all know that many killings, especially those carried out to order, are complex,” he said. Thus he has qualified, however, that for Moscow it is important “that all the perpetrators of the homicide receive their deserved punishment.”

The family of Politkovskaya, who was 48 years old, insists that the case is closed in false: although in 2014 five men were convicted of organizing, executing or participating in the crime, none of them have revealed the identity of the mastermind.

Among them is a former police officer – who acknowledged having organized the murder – and a Chechen citizen who would have drawn up the plan and who died in 2017 while in prison.

The EU and the US demand justice

For the EU, it is vitally important that the Russian authorities succeed in bringing to justice all responsible for the murder to end the “impunity” surrounding the case.

“Today we pay tribute to Anna Politkovskaya, a journalist internationally recognized as a defender of Human Rights, who acted to confront violence and injustice and continued her heroic work despite repeated intimidation “, the High Representative of the EU for Foreign Policy, Josep Borrell, has asserted in a statement.

The European Court of Human Rights found evidence in 2018 that the Russian Government had “failed to investigate the crime properly”. In this sense, the court assured that although the necessary measures had been taken so that those responsible for the murder were tried and convicted, the authorities had not carried out the necessary measures to find the intellectual responsible.

For this reason, Brussels has urged Moscow to “guarantee that all those responsible for his murder are brought to justice in a transparent manner.” “We hope that Russia will act in accordance with its obligations within the framework of International Law and its own legislation in force (…) to protect Human Rights “, the text includes.

The commemoration of the death of the editor takes place now that Russian civil society and independent media accuse the Government of exerting unprecedented pressure on the press, as well as on activists and journalists, whom it sometimes labels as “foreign agents”.

The EU has insisted that it will continue to work to deal with any “violation“of Human Rights and International Law throughout the world and has expressed its solidarity with the workers and people affected.

The US Government, for its part, has recalled that his murder is due to the performance of his work as a journalist in a “brave” way to put the spotlight on the “human rights abuses that took place in the framework of the Chechen conflict and thus give the victims a voice “.

For Washington, it is vitally important that Russia lead “all responsible” before the Justice for the crimes committed. “The continued impunity for those who ordered his assassination undermines freedom of the press and expression and is a blow to the human rights situation in the country,” the State Department stressed.

The United States authorities have thus recognized the “persistence” and the “courage” of the journalist and of all those who try to report independently and are being branded as “foreign agents” by the Kremlin. “We are with them,” he said.