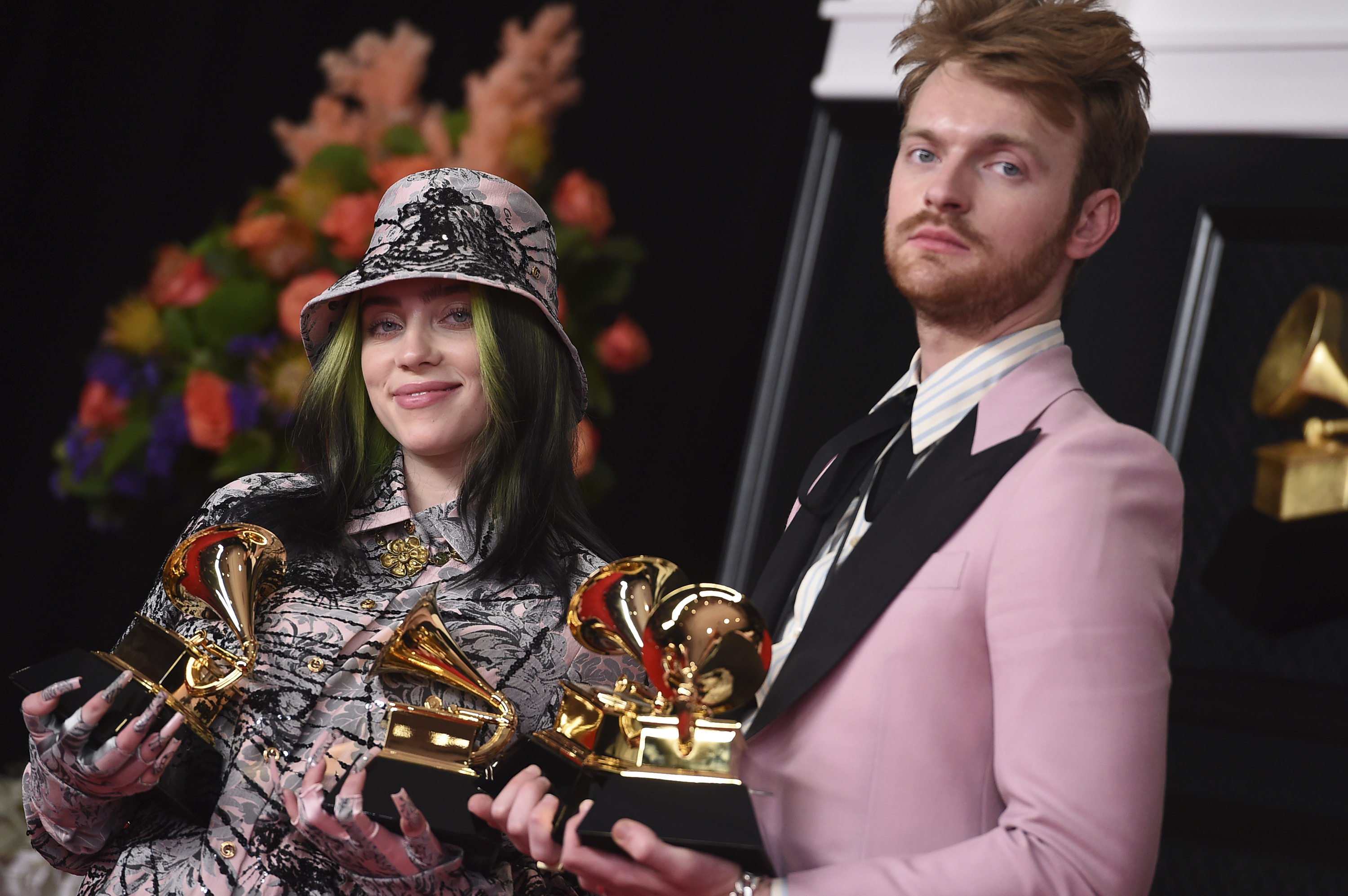 When your sister becomes the most applauded female pop artist at age 19, she can boast of being the youngest singer to win the top four Grammys (album, record, song, and breakthrough artist of the year) and earning position 14 songs on the list at once Billboard Hot 100 the least you can feel is pride. But if you have been part of all those achievements, it also has to produce satisfaction. So thinks Finneas O’Connell, the least visible part of Billie Eilish but not the least successful. At 23 years old, the older brother of the one who is one of the singers of the moment and one of the icons of the generation Z (those born between the mid-nineties and 2010) consider himself lucky to be able to do what he likes with one of the people he loves most in the world. It is common to see them together on the red carpets, they share awards because musical works are written and composed by four hands and he is the architect in the shadow of many of the triumphs in the brief but intense career of the young American. “If I’m writing a song with Billie, I’m just trying to help her tell whatever story she wants to talk about, exchange ideas, listen to her opinions,” explained the producer. to the magazine Atwood in 2018.

When in 2019 the world heard the Billie Eilish song Bad Guy, co-written and produced by Finneas, music experts spoke that the future of pop was in their hands. It was the confirmation after the success obtained with Ocean Eyes, a song the brothers composed for Billie’s dance teacher to create a choreography, which went viral on SoundClound in 2016 and led to their record deal. But Finneas had made music before and alone: ​​he’s 21 singles and an EP, with his first song, New Girl, released in 2016. In addition to his own and Billie’s music, he has produced other great pop stars, from Demi Lovato to Selena Gomez and Camila Cabello. Now, the also winner of five other Grammy awards, including the best producer of the year in 2020, wants to try his luck alone again and is preparing his debut album, of which he has already released his first single. American Cliché.

For a time, Finneas managed to make his first steps in music, with his high school band The Slightlys, and also in acting, although he barely went beyond small roles. He was a student of Cameron Diaz in Bad teacher; acted alongside his parents in the family drama Life inside out, and has participated in several chapters of Glee The Modern Family. Children of singer-songwriter and actress Maggie Baird and musician and actor Patrick O’Connell, the artistic streak of these brothers is abundantly evident.

His complicity inside and outside of music is well reflected in The World’s a Little Blurry (The world is a little blurry), the Billie Eilish film directed by RJ Cutler for Apple TV +. Finneas and Billie grew up together, educated in a world that despite being part of the industry has always been surrounded by love and trust. And like every older brother, Finneas can’t help but be one of Billie’s protectors, especially after she got a restraining order in February against a 23-year-old stalker who had been camped out in front of her house since last summer. “We have a team that we really trust and our parents are around, but because of the number of people we meet, I always try to provide a safe environment for her,” the musician recently explained to The Times. “Now he is 19 years old, but he is very young and I, in these years, had to be as protective as possible. Not in an authoritarian way, but I do make sure that no one is a scoundrel with her ”, insisted the one who has composed the song with his sister No time to die, the soundtrack of the new installment of the James Bond saga that is looking for a place at the Oscars 2022.

Finneas O’Connell now lives in a separate house but close to the one his parents own in Los Angeles, and he continues to see his sister very often because their home doubles as a study. “99% of the second album has been produced here,” he acknowledged to The Times about the new studio work that Billie Eilish is preparing. With her big blue eyes and messy hair, Finneas has become something of a sex symbol since she made the cover of the magazine in February 2020. GQ or every time you post a photo on Instagram for your more than three million followers. “I don’t feel like a sex symbol at all. Nevertheless, [Billie y yo] we make fun of everything. So when they praise me, I’ll be lovingly intimidated. But yeah, the sex symbol is not on my list of self-definitions. I have a lazy eye! ”, He joked in his interview in The Times.

Like his sister, who has spoken openly about suffering from Tourette syndrome or the years in which he has had depression, Finneas also does not hide his problems and in social networks has recognized that he goes to therapy. As a member of a generation that was born into the digital age, he also uses his platforms to promote his work, praise his family and show the love he feels for his partner, the influence Claudia Sulewski to whom he has composed a song of the same name and to which many of his followers have drawn a great resemblance to his sister.