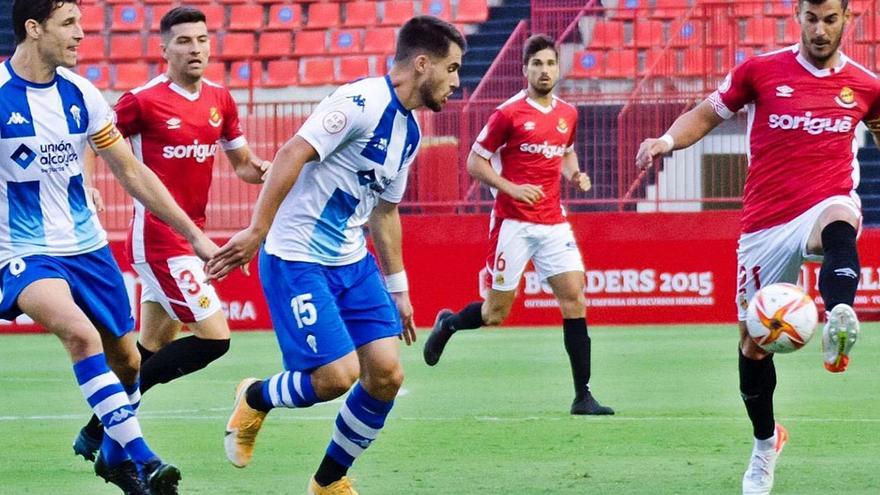 The local team came out in a whirlwind and in the first five minutes Alcoyano barely managed to touch the ball, which he had to suffer to defend. Five corners in five minutes in favor of Nàstic and six in nine minutes, was the example of the offensive superiority that Raúl Agné’s team showed in those moments of the game. However, there were no scoring chances and there was only a clear shot between the three sticks in one of those corner kicks, which José Juan managed to get out.

Once the first quarter of an hour had passed, the game was balanced and Alcoyano managed to advance their lines to avoid attenuating the rival’s superiority. Still, danger came again through Nàstic in the 25th minute when José Juan spectacularly thwarted Robert’s poisoned shot.

Subsequently, the pressure of the local team was decreasing while Alcoyano was taking its place on the pitch, until in the last stretch of the first half they managed to take control of the game with a double pivot formed by Fran Miranda and Imanol It started to work and allowed Vicente Parras’ team to breathe easy and get rid of the gale that hit him for many minutes from the start.

The Alcoy team’s award came in the last bars of the first half when, in a counterattack, Mourad stood before Manu García and in an impeccable definition put the 0-1 on the scoreboard. The Parras team took wings and in the addition Andy, point-blank, was very close to making the second, but this time Manu García avoided it in an impressive save.

In the second half, the game was very even, until in minute 72 Robert got the tie when taking advantage of a rejection of José Juan. From that moment, Nàstic returned to take control and put one more march in search of victory against Alcoyano who for a few moments was affected by the draw and from which the reaction was expected. But that push from the local team only lasted a few minutes, immediately the visiting team went up, balancing the dominance of the match again. But again Nàstic hit to get 2-1 and consummate the return to the scoreboard in an action in which there was a cross from the right, goalkeeper José Juan deflected with his hand, but the ball reached Edgar Hernández who I do not forgive.

At that point, Alcoyano tried to find the opposite goal in all possible ways, but there was practically no time to achieve the miracle of saving a point.

After suffering their first setback, those from Alcoy will host San Fernando next Saturday at 5:00 p.m. on their return to Collao after two consecutive starts in which they have added three out of six possible points.

Eleven from Alcoyano who jumped onto the pitch. | CD ALCOYANO