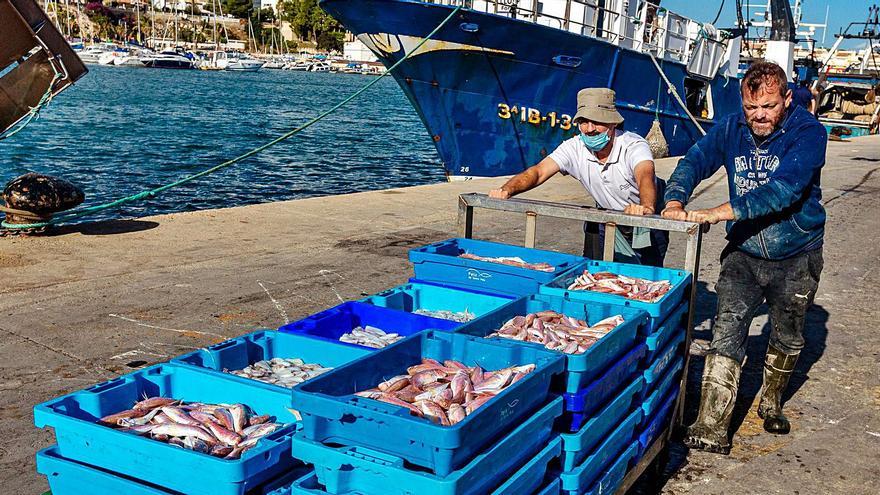 The turnover of the fishing groups in the province of Alicante, located in the ports of Santa Pola, Torrevieja, Altea, Xàbia, La Vila Joiosa, Calpe, Dénia, El Campello and Moraira, It was close to 56 million euros in 2019, through the commercialization of 100,000 tons of fish and shellfish. A real outrage, if compared with the data for 2020, when, according to the president of the Provincial Federation of Fishermen’s Guilds, José Ignacio Llorca, catches had to be reduced by around 40% due to the coronavirus crisis.

In his words, “It has been a terrible year. We were tied up for three months by the confinement, and the restrictions in the hospitality industry led to an unprecedented drop in consumption, which also affected prices, which moved below the usual. And the problem is that the situation has not just recovered, because the bars and restaurants continue not to function at full capacity due to the absence of tourism. Keep the thing stopped ».

Red tuna just caught after being auctioned inside a fish market. | Assets MiguelVilaplana

To this serious problem is added, as reported this week by Coincopesca, the overpopulation of bluefin tuna in the waters of the Mediterranean, an overpopulation that sometimes reaches the levels of plague, since the excess of this species affects others, such as sardines and anchovies. According to the calculations that are handled, the brotherhoods of the province have seen the catches of these last two varieties of blue fish fall by about 50% in the last three years.

The problem lies, according to the fishermen, in the low quota of tuna catches available to the Valencian Community vessels, a measure that was implemented in its day with the aim of recovering the species, something that has been achieved with you grow. They are, specifically, 562 kilos a year, and only for small gear boats, which is considered totally insufficient. José Ignacio Llorca believes that «The quota would have to be increased and the range opened to other vessels, because it is eating it all ». Losses from this cause are close to 4 million euros, to which must be added another 21 due to the effects of the pandemic.

And what does the Administration say about it? The General Director of Livestock, Agriculture and Fisheries of the Generalitat, Antonio Quintana, stresses that “there is no scientific data that supports the increase in the population of bluefin tuna, but it is clear that the quota has been very short, because the boats, in a day or two, they capture what they are allowed. That is why they are going to address the central government to expand the amount that can be fished and also the permit to more types of vessels, “so that there is a more equitable distribution,” sentence.