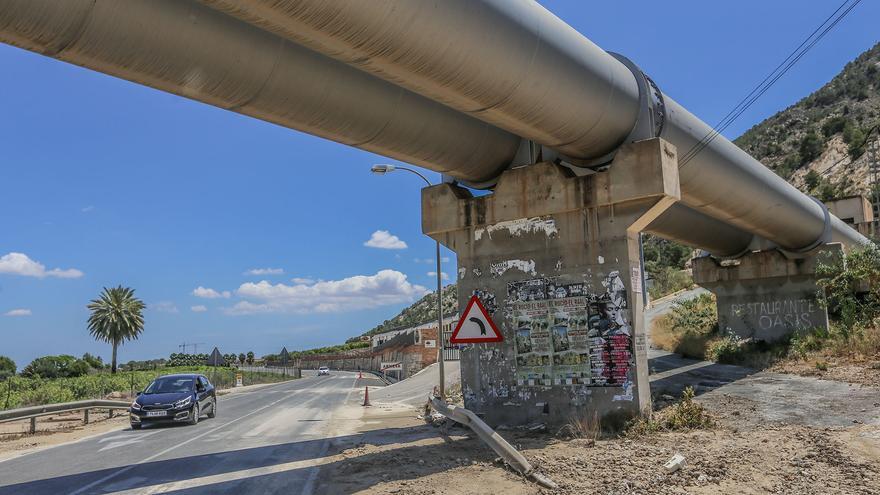 We refer to the endless discussion about the need for the balanced distribution of water resources in Spain and, within this framework, the convenience and importance of the water transfer between the Tagus and the Segura rivers. We are going to provide five essential or structural reasons to help us understand whether or not the existence of this hydraulic part is reasonable, essential in the concert of measures that tend to achieve the right of all Spaniards to enjoy the availability of their resources.

First, nobody disputes that in Spain there is enough and poorly distributed water in space and time, so that the Spaniard is a citizen who statistically lives in a situation of hydraulic privilege. Nature is very generous and we do not need to go to the dowsers or to the images to implore that, in addition, such amounts of water fall proportionally in each town or community. Receiving fixed annual runoff of one hundred and ten billion cubic meters is a luxury for any society, taking into account that with twice the population, multiplying the cultivated hectares by two and increasing its industry twice in a horizon of not less than one hundred years We would only use a little more than fifty percent of the resources that Nature gives us, without forgetting the environmental care of our immense network of channels, groundwater and reservoirs. In sum, if Mother Nature is generous, what is lacking is for human nature, much more complex, to be able to agree on how it should distribute these immense resources. What is necessary is that together we dismantle the most dramatic irony that has been circulating in this country in recent years: that Spain is a dry country. False in all its extremes, since, despite the occasional irregularity of the rain regime, we have enough water, but 70% concentrated in the basins of the Norte-Duero, Ebro and Tajo systems.

In second place, Spain can and should aspire to achieve the regardless of your weather estimating that it is the basic objective for the normal development of a society with a high rate of development, its agriculture, industry, tourist services and environmental requirements and demands. Climatic independence has two conditions: one, already existing, is the great technical capacity of Spain; Another, still to be achieved, is the political agreement that we must all germinate. And we are talking about the need for a political agreement, and therefore an agreement by Spanish society, because its creation does not depend on technical possibilities, which already exist at the moment, but on political responsibilities. Please, let no one deceive about the obstacles to this great national task, nor are they in Nature, nor in technical or economic resources, only and exclusively in the will to do things in common, that is, to have a project of a solidarity nation.

In third placeIf Spain is rich in water and can be independent of its climate, we are in a position to build a large system of solidarity and territorial cohesion, the cornerstone of the constitutional mandate, through the transfer of resources between basins. The opposite is equivalent to preaching in the century of global communication that in this delicate matter we want to be autarkic, local and unsupportive, in the face of the distribution of other natural resources, or of energy or gas or the goods and services that are produced or are acquired by our country. The availability of water thus becomes the evident embodiment of the constitutional principle that obliges the Public Powers to ensure the rational use of all natural resources, in order to protect and improve the quality of life and defend and restore the environment. , relying on the indispensable collective solidarity.

In fourth place, the Spanish hydraulic balance, of which an essential piece is the Tajo-Segura Transfer, contributes decisively to the social, economic and environmental balance of the Spanish. The fear and rejection of water transfers and transfers in general for environmental reasons are not supported by solid arguments, unless someone can say that Nature is an untouchable structure and men mere spectators. Since the Neolithic, we have been altering the earth’s crust, the condition is to do it in harmonic terms and that it does not nullify its regenerative capacity in a society that, on occasions, wastes or mistreats its resources

In fifth place, it is essential, as Adolfo Suárez insisted, that we learn to continue building on what has already been built, that we do not give up our solid foundations; Spain already knew of the need, of how and where it should carry out the intercommunication of its water resources, and this is demonstrated by the Hydrological Plans that were drawn up for the resolution of this structural problem in Spain, (since the first of the year 1902, 1909, 1916 of Gasset, and the great National Hydrological Plan ordered by Indalecio Prieto and drawn up in 1933 by the Aragonese engineer Lorenzo Pardo, until the recent, unborn, of 1990). Within them, the Water Transfer from the Tagus to the Segura was an essential piece that required the execution of other transfers between all the Basins, breaking the curse of the donor and the beneficiary to move to a zero-sum balance, that is, to achieve the availability for the use of water in all the necessary points of the Spanish territory. The uniqueness of the Tajo-Segura Transfer, despite the existence of more than fifteen major transfers, has been its worst enemy because it has reduced and favored the discussion of “alleged plundering” to which strange reasons have adhered without end. If the Transfer is seen as part of an entire hydraulic system, the statement of the great engineer defending the search for Spanish hydraulic balance, Juan Benet, will be understood, for whom “anything can be said about this Transfer, unless it is not necessary”

The time must come when our political and social elites cease to be possessed by the evil of “the pathology of simplification” and set out to tackle the larger objective of a society that aspires to be in solidarity with each other and with the future generations.