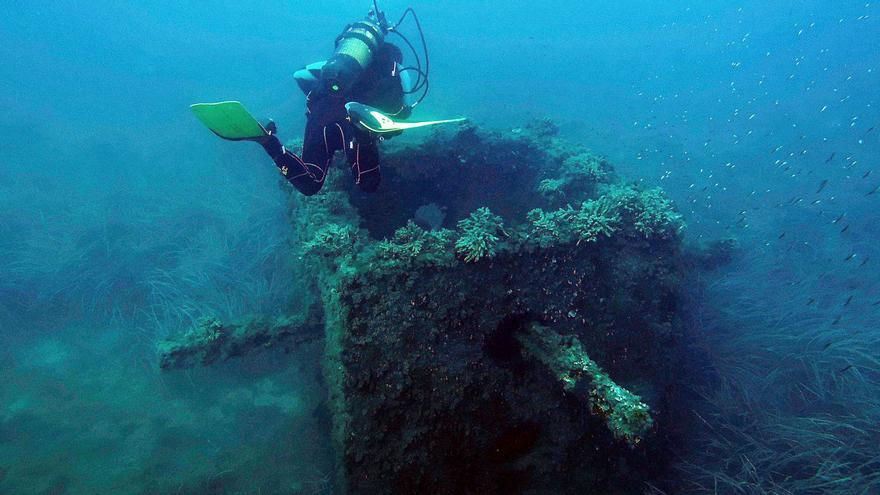 Mayor Juanjo Berenguer and Fisheries Councilor Marisa Navarro (PP), who have been in charge of the process that led to the donation, explained this Sunday that the location of the module will be within the reef polygon that was installed in 1991, for which that the Institute of Coastal Ecology of El Campello (IEL) has already carried out the work on the funds, seeking an ideal location so as not to alter important habitats such as oceanic posidonia meadows or species communities.

The function of this structure will be help fisheries recovery, serving as a module of attraction-concentration, to favor benthic colonization, the development of filter feeders and updrafts that attract pelagic species, those that live in medium waters or close to the sea surface.

That performance stopped the erosion suffered by the posidonia meadow as a result of illegal trawling. “After this time, the impact has been practically eliminated and in large sectors of this extensive reef the meadows of this phanerogam are recovering,” says Gabriel Soler, director of the IEL.

The current project aims to increase the attraction-concentration effect of the reef, adding a concrete alveolar structure measuring 33×33 meters and a height of 16 meters, weighing 8,898 tons. To readapt it to its new function as an artificial reef, it must first make openings between all its chambers by means of 2×2 meter “windows”, in order to facilitate the flow of water inside, favoring the growth of organisms and complementing the function recovery from fishing.

Its objective is to attract certain species and concentrate them in a certain area, so that they are well located for fishing or for observation, making it compatible with sport diving, transforming the diversity and abundance of the species present thanks to the increase in richness. biological system of the ecosystem, and to the concentration of certain species in a given area.

The gigantic structure remains moored in the port of Alicante. | INFORMATION j.a.rico

The structure that will be submerged to a depth of 30 meters on the north coast in the near future is now moored in the port of Alicante, from where it will be transferred to El Campello when all the relevant permits are available. Originally, it was designed as an experimental box for anchoring marine wind turbines, so its construction elements enjoy the highest qualities of marine construction such as C-40 concrete, as well as walls with thicknesses of 80 cm at its base, 60 cm at its base. exterior walls, 1 m in the central chamber and 25 cm in the interior, as well as steel armor.

After its period of experimentation, the Drace company chose to allocate this mass to an artificial reef for fisheries protection, and chose El Campello as the ideal location.

Permission from the Generalitat

This installation requires prior authorization from the Department of Fisheries, which must declare the protection of the reef installation area, once the affected fishermen’s associations have necessarily heard.