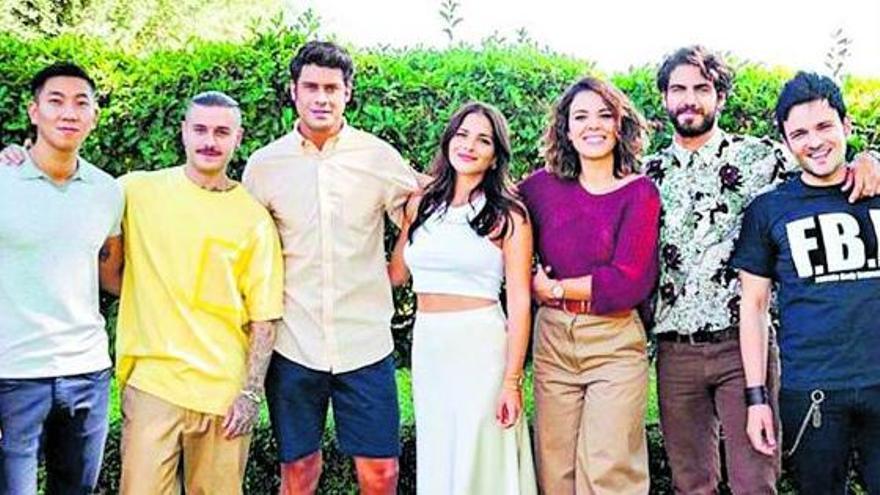 Almost a decade after his farewell, Física o Química returns on December 27 with a reunion of two chapters in which it will be discovered, to the delight of its fans, what has been after these years of Yoli, Cabano, Gorka, Paula or Fer, as well as the teachers of the mythical Zurbarán school.

The wedding of Yoli (Andrea Duro) will be the central axis and the main cause for which the Zurbarán students and teachers will meet again more than nine years after saying goodbye. A double reunion that will allow the characters and the actors themselves to see each other again.

Atresmedia TV, in collaboration with Buendía Estudios and Boomerang TV, is leading this project, dedicated to the most nostalgic, consisting of two 50-minute chapters that can be seen on December 27 and January 3, respectively, on the platform of payment Atresplayer Premium.

A “new commitment to national fiction”, as Emilio Sánchez, manager of videos and digital platforms at Atresmedia, recalled, in a complicated year for filming, project launches and for culture in general, which, however, has been ” a good year for Atresmedia fiction ».

Physics or Chemistry, which was born with the name Start from scratch, became a television phenomenon. A true revolution that attracted an adolescent generation that, this year, celebrates the reunion of those who at that time became references, idols who dared to do and say everything that seemed “forbidden”.

Daring, risky, irreverent and without mincing words, Física o Química took «a step forward», as Sonia Martínez, editorial director of Buendía Estudios points out: «It was born as something that had to be different and beyond series such as of class or Companions ».

Fiction, which dealt with sex, drugs or topics as important as the pregnancy of a teenager or homosexuality, allowed many young people of the time to feel identified with the plots. Even the actors of the series themselves.

“I learned about my sexual orientation in this series as my character progressed, discovering his,” said Javier Calvo, who played Fer. “If something has this series is true,” he concluded.

That truth before the camera and the courage of that group of scriptwriters and producers to launch a project that, between 2008 and 2011, was chaining seven seasons on open television (something almost unthinkable these days), were the keys to the The success of a fiction that gave a group of kids, “inexperienced”, as Adam Jezierski said, the opportunity to enjoy what they liked best.

A group of actors and characters that in 2020 meet to remember old times, settle old quarrels or confess what was never said. Thus, Yoli’s wedding becomes the perfect setting to bring together former students and teachers, among whom there is still a secret that one of them has lived with these years.

An explosive mix, to which the actor José Lamuño (as Yoli’s future husband) joins, in which, of course, Úrsula Corberó (Ruth) will be missed, who by schedule could not participate in the three weeks filming of this special, and in which the special role of Fer, who died in the last season, will be revealed.

“It had to be,” said Calvo, and this is how the scriptwriter Carlos García Miranda has included him in the project, who, with Juan Manuel Rodríguez Pachón, directs the two chapters in the absence of Carlos Montero, creator of the series, due to contract issues of exclusivity.

With the door open “to more chapters”, as even the actors themselves have requested, FoQ: the reunion becomes, in this complicated 2020, a breath of fresh air that will also be accompanied by the legendary Let’s FoQ, the program of interviews offered by the Antena 3 website when the series was broadcast and which will now be a space for the actors to recall good moments, anecdotes and secrets of the filming.

A trip to the past, “a tribute to the viewer”, as Montse García said, and a new opportunity to be part of that hooligan and charismatic group of young people who, with their stories and their truth, marked a before and after in fiction television of our country.