“It’s been a minute since I actually played. I don’t care where it’s at, who takes me, I’ll be only about a week before getting back on that field.” said Joseph, a former Orlando Jones High defensive back who blossomed as a Big Ten safety at Illinois.

Where he really made strides after completing his final year of eligibility for the Illinois, however, was at the Senior Bowl and at the NFL Draft Combine.

Friday night he’ll wait to learn his NFL destination among friends and family at an NFL Draft party in Kissimmee. The first round began Thursday night.

“Yeah, I guess anxious is a good way to put it. It doesn’t matter to me where I end up,” Joseph said. “The past few weeks though, there has been a lot of anxiety building up.

“I just know I’m going to be happy wherever I go.”

Joseph has always been Mr. Nice Guy, the guy with the fabulous personality who would do anything for anyone. When he steps across that line on a football field he becomes a completely different person.

“Savage mode,” Joseph said. “I’m not the same person. Outside of football I like to laugh, have fun. When I come on that field, it is not the same Kerby.

“It’s crazy because I didn’t get into it as much when I was in high school, but when I got to college I started to feel it. Now I don’t have to turn it on. It’s just always on.”

Joseph wasn’t exactly the prototypical NFL prospect coming out of high school. His senior year at Jones, he could count his college scholarship offers on one hand.

He was disappointed as early National Signing Day approached in 2017. He was hoping to sign an NCAA letter of intent to the college of his choice alongside his teammates.

But Joseph’s offers kept being pulled off the table. There was Mississippi State, Syracuse, USF, FAU and he was left with no place to turn. No place, that is, until Illinois coaches got wind he was not signing.

“He was only about 5-10, 170, but senior year he branched out and got longer,” Jones coach Elijah Williams said. “And a funny story about him was that Kerby didn’t start until his senior year.

“He didn’t transfer. He sat there and waited his turn. He was committed to Syracuse and they fired the coach, so they pulled that offer.”

But Illinois needed defensive backs and Joseph needed a school.

“Signing day, at 3 o’clock, Illinois called me and asked if Kerby signed,” Williams said. “I said, ‘No,’ and they asked if I thought he’d sign even though he had never been [to Illinois].

Now he’s on the verge of signing an NFL contract to get paid for playing the game he loves.

His size has changed drastically. He’s 6-foot-1, 203 pounds and Kerby has a massive wingspan a 6-foot-8 and huge hands at 10¼ inches. During his Illinois career, Joseph had 116 tackles and five interceptions In 31 gamddddd

“It feels amazing just thinking about me as a kid when I first started playing football to now and I’m a day away from accomplishing my dream,” Joseph said. “It’s been a long time coming, but it’s finally here and I’m just so happy, so thankful, so grateful for it.”

It’s not about just getting to the NFL for players like Joseph, who will constantly be a target for younger players chasing his roster spot. Coach Williams, who played with the Atlanta Falcons for four seasons (1998-2001), helped reiterate that.

“He said, ‘Once you get there it’s not like college any more. It’s more like a business,’” Joseph said. “‘Being in the NFL, you’re an employee now. It takes a lot more, way more, discipline to stay in the NFL.

“People go to the NFL, but they don’t stay in the NFL too long. … So to keep being disciplined and always willing to learn and keeping those characteristics of being a football player will help keep you there.’”

He has two classes left before earning his college degree in community health, and the football isn’t the only thing that makes his mother, Rosemary Guerilus, and father, Dacius Joseph, proud of their son.

“A college degree is a big deal, especially from a school like the University of Illinois,” Joseph said. “That degree holds weight and I do want to make my mom proud and my dad proud.”

Not only will he be representing Orlando, Jones High and Illinois, he also carries deep pride for Haiti, where his parents were born.

“There are a lot of Zos in there … a whole lot of Haitians in the NFL,” Joseph said of guys such as former Orlando Edgewater star Karl Joseph, who played with the Dallas Cowboys this past season. “There are a lot, but not too many, so it’s also like putting my country on my back. Just being one out of the few to make it to the NFL.”

The bottom line for Joseph also grounds him. 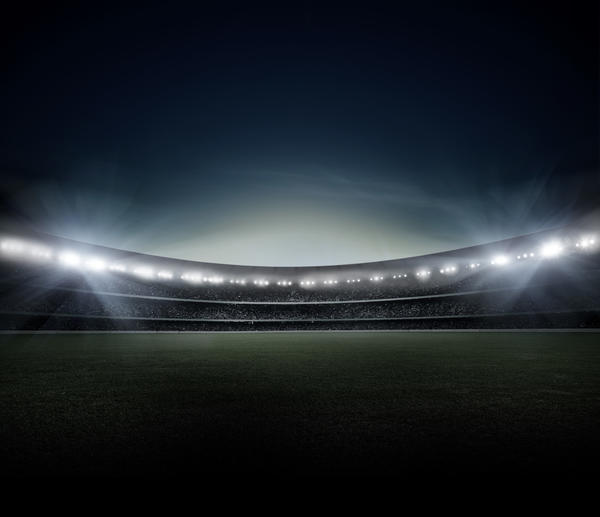 Every morning, get the late sports scores and stories from the night before.

“It’s not about the money. I’m just so happy I can finally play football again,” Joseph said. “The money is cool and whatever, but I grew up with no money, so when I get money I don’t plan on losing it. I plan on being smart with it.”

Most players who sign their first professional contract have plans for a big purchase. Joseph’s desire is simple.

“I got to get a dog. I want a lot of dogs, but I don’t know what dog is going to be the first dog I’m going to get,” Joseph said. “When everything is situated, like years down the road or maybe when I’m done, I’m gonna have a lot of dogs. I feel I’ll have like five.”

And for Joseph, the dogs symbolize the game he loves.

“Oh yeah, that’s why I want a whole bunch of dogs,” Joseph said. “I feel like a dog has to be disciplined but he’s also got to be mean. You can’t be nice all the time. You got to have some grit with you.