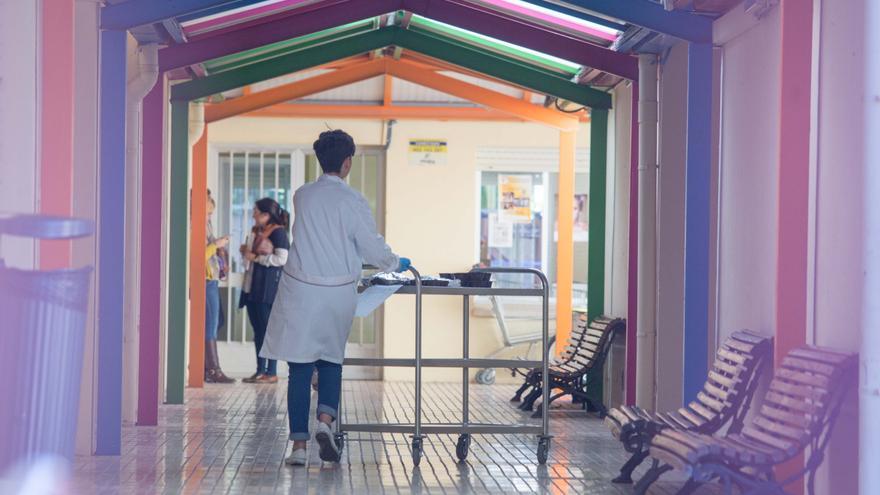 The Alicante City Council Hiring Table has taken a new step for execution of the improvement projects included in the Building Plan with the opening of the envelopes with the proposals and documentation submitted to the contest. The actions to be drawn up will be the comprehensive rehabilitation of the Santo Ángel de la Guarda Special Education Center, the gymnasium and dining room of the CEIP Juan Bautista Llorca and the expansion of the CEIP La Florida. This is a new advance in a project that has been blocked in the Alicante City Council until the end of 2021. In fact, in Alicante, the balance of the Edificant Plan in the city is limited to one emergency staircase at the Emilio Varela school, with an investment of 44,000 euros.

The four companies that choose to be awarded this contest, divided into three lots, they are: Studiomas Concept SLP, TA3 SLP, Belmonte Botella Arquitectos SLP and Investigación y Control de Calidad SAU. The drafting of the Juan Bautista Llorca and Santo Ángel de la Guarda projects should be ready in three months, from the date the contract is awarded, and that of the reform of La Florida, in two months.

These three procedures are in the bidding process, as is the construction of two new centers: El Somni Special Education and CEIP La Cañada. The base budget for the tender for the drafting of the five projects included in the Building Plan, which is executed by the City Council by delegation of the Ministry of Education, amounts to 744,028.41 euros.

Specifically, the competition for the drafting of technical works projects and their direction for the construction of the gymnasium and dining room of CEIP Juan Bautista Llorca, the construction of two early childhood education classrooms in CEIP La Florida and the comprehensive rehabilitation of CEE Santo Ángel de la Guarda have an execution period of 24, 21 and 24 months, respectively, and a base bidding budget of 217.543 euros.

According to the reports written by the technicians, a investment around three million euros for the improvement of these educational centers, in the absence of the drafting of the work projects. Specifically, the cost of the expansion of CEIP La Florida is estimated at 429,552 euros, 1,042,438 euros for the rehabilitation of the Santo Ángel de la Guarda CEE and 1,573,882 euros for the expansion of the CEIP Juan Bautista Llorca.

Other projects in tender

The Governing Board also approved at the same time at the end of last November to tender – like the three previous projects – the tender for the drafting of the construction project of the new Center for Early Childhood and Primary Education (CEIP) La Cañada del Fenollar, that once awarded, it will have a period of three months to carry it out. In addition, the competitions of the construction and health and safety directorates were also called in the same procedure for one year from the beginning of the construction of the facility. Both tenders were put out to tender with a base budget of 182,646.24 euros, in two lots. The report prepared by the municipal technicians foresees an estimated investment for its material execution that will be around 5.8 million euros, although the final cost will be determined by the construction project.

In the same way, the municipal executive also took out, at the end of last November and at the same time as the rest, the tender for the competition for the drafting of the construction project of the El Somni Special Education Center (CEE) with a term of three months and two years for the second batch referred to the direction of work, facilities, material execution and coordination of health and safety, with a base budget of 343,838.67 euros. In this case, the previous report foresees an estimated investment for its material execution that will be around 7.6 million euros.