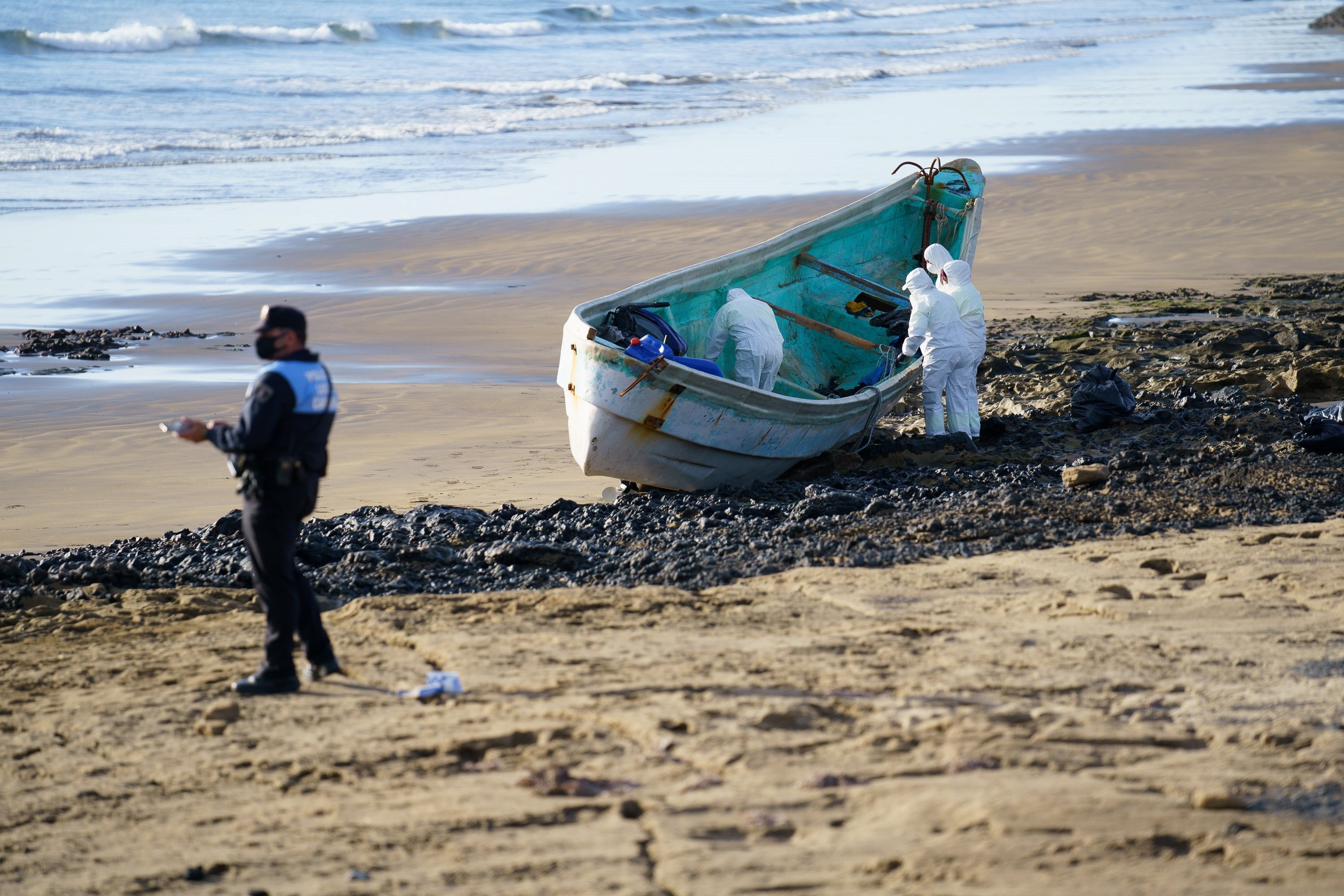 The Canarian route has registered the first tragedy of the year on Tuesday. It was 4.40 in the morning, it had not yet dawned, when a white cayuco in which 47 people were traveling touched the sand of the Cabezo beach, in El Médano, in the south of Tenerife. Inside it lay the corpses of three men; a fourth has died on the same beach due to cardiorespiratory arrest while medical teams tried to revive him. 43 survivors managed to get off the boat on their own feet, including a woman and 17 young people who appeared to be minors.

The occupants of the cayuco had been traveling for seven days, as confirmed by the City Council of Granadilla de Abona, the municipality where the boat has arrived. None of the authorities present at the landing has been able to specify where the cayuco came from, although due to the characteristics of the ship it appears to be from Mauritania. Inside, according to a municipal spokesman, mostly Senegalese and Malians traveled. One of the occupants has been detained for being the pilot of the boat, according to a spokeswoman for the Civil Guard.

The health personnel have transferred three of the travelers to the El Mojón health center because they presented symptoms of dehydration, burns or erosions, although none of them are serious.

The cries of the migrants asking for help reached some people who were spending the night near the coast and who called 112, after which a police and sanitary device was deployed that remained on the beach until almost 7.30.

The four deceased are the first victims on record in 2021 on the so-called Canary route, which last year claimed the lives of 601 people, according to data from the UN International Organization for Migration. The figure is a downward calculation because the organization counts only the deaths that it manages to verify and warns that there are numerous “invisible shipwrecks”. For its part, the Caminando Fronteras collective raises 1,851 people who have died and disappeared in the boats that tried to reach the islands through the Atlantic during 2020.

The dripping of boats and cayucos has not stopped during last December and continues in January, despite the fact that several days of bad weather conditions have been chained. The final balance of the Ministry of the Interior, published on Monday, reveals that between January 1 and December 31, 2020, 23,023 migrants arrived in the Canary Islands, more than half of the irregular entries registered by sea and land throughout the territory Spanish. After the historical peaks of October (5,300) and November (8,200), December has given some truce, but it was closed with another 3,457 landings.

The Canary Islands coasts have experienced an intense day this Tuesday. Also at dawn, around 3.15, another boat reached, by its own means, the coast of Costa Teguise (Lanzarote). He had 22 immigrants of Maghreb origin on board, as reported by the Red Cross. The Lanzarote Emergency Consortium has detailed that it was 21 men, one of them possibly a minor, and a woman, who claimed to have left Agadir (Morocco) four days before. All were in good health and no medical transfers have been made.

In the afternoon, a third patera was rescued nine nautical miles south of Gran Canaria with 27 people on board, including three women and a minor. The occupants have been taken to the Arguineguín dock where, after months of overcrowding, some Red Cross tents are now installed at each landing, and from there they are transferred to the Barranco Seco police camp where they are carried out PCR tests and proceed to your identification.