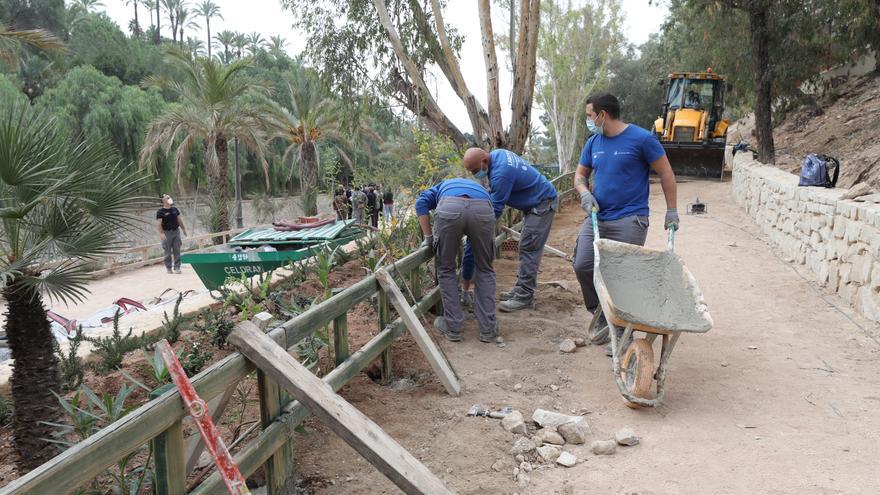 Through the Empuju 2020 Program, a project co-financed by the European Union through the European Social Program of the Valencian Community so that local entities allocate it to the hiring of young people, and in the case of Elche endowed with a subsidy of 392,233 euros , has reached to hire a total of 23 unemployed workers for a period of one year, from December 30, 2020 to December 29, 2021, in the type of contract for work or service.

However, according to the aforementioned union, they have already passed four months that the cleaning workers distributed by the different sports facilities in Elche do not have changing rooms. “This situation is incomprehensible and it has no justification “, lamented the union organization. The lack of means has caused that these municipal employees have to go daily with the houseclothes specific to each one, the City Council in breach of labor regulations regarding work clothing as well as the current Municipal Clothing Regulations, as criticized by the Independent Union.

“We see how the politician on duty does not miss the opportunity to take advantage of the numerous and millionaire investments that are made in the improvements of the sports facilities and equipment of the city, both situations are the face and the cross of a reality that should be corrected immediately “reproaches the group.

The Independent Union has demanded in writing addressed to the Department of Human Resources that workers must have clothing appropriate to their tasks from the first day of hiring, “without having obtained a satisfactory response to this degrading and embarrassing lack of respect for employees contractors who have repeatedly damaged their own clothes with cleaning products such as bleach, “they lament.

From this Union Section they claim to have denounced the facts to the Work inspection so that it intervenes and forces the City Council to comply with the law and they warn that it is not the first time that they have made this situation known to the state body for repeated breaches of the clothing regulations. “The Elche City Council has never respected the delivery deadlines for work clothes, deadlines that are included in the document signed in October for winter clothes and in April for summer clothes, it is usual for summer clothes to be delivered, and only in part, in the month of July or August and the winter in December, and this when they agree to deliver it “, they criticize.

“Our patience and that of the municipal employees in the matter of work clothes has reached its limit. We hope that in this case that we are now denouncing the Inspection will be decisive and force the City Council to comply with the Workers’ Statute”, have expressed in a statement.