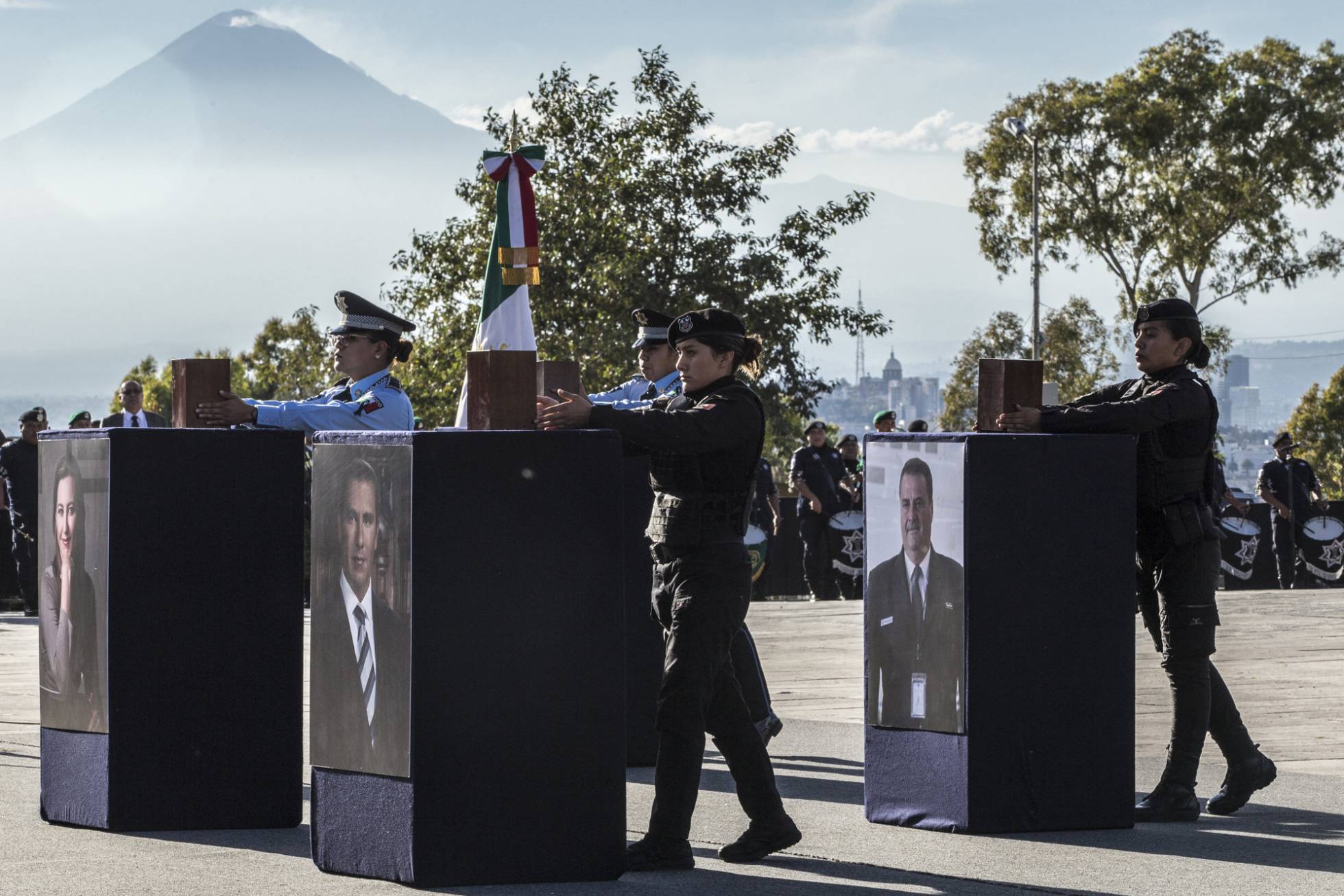 The Puebla prosecutor’s office has announced the arrest of four people linked to the helicopter accident that occurred on Christmas Eve two years ago in which the then governor of Puebla, Marthá Érika Alonso and her husband, Rafael Moreno Valle, lost their lives. he preceded in office and was then a PAN senator. The detainees are related to the helicopter maintenance company and have been captured in Mexico City, Hidalgo, Puebla and the State of Mexico.

José Antonio N., Ricardo N. and Israel N. are part of the Rotor Flight Services company, in charge of the operation of the aircraft. María Magdalena N, 34, has also been arrested who, according to the investigation, in 2018 was responsible for the workshop where the aircraft of the former governor of Puebla, Moreno Valle, received maintenance. Investigations by the Prosecutor’s Office indicate that they acted negligently “in the change and maintenance of the linear actuators” of the helicopter, which caused the crash.

The four detainees are accused of probable crimes of homicide and damage to the property of others and for false statements before an authority. The Prosecutor’s Office has guaranteed in a statement the presumption of innocence for the detainees until they have a sentence.

On Christmas Eve 2018, Érika Alonso and Rafael Moreno Valle had only traveled 10 minutes when the aircraft crashed to the ground. Three other people also died with them, two pilots and a partner of the couple. In March it was pointed out that the probable cause of the accident was the loss of control of the helicopter due to a mechanical failure due to errors in maintenance and safety omissions to operate, since possible breakdowns were known 11 days before the accident.

The incident, however, was surrounded by doubts and speculation given that the state elections that would be held for six months gave the couple the winners in all the polls. Martha Érika Alonso had been governor of Puebla for just 10 days.

In March of this year, Javier Jiménez Espdariú, then Secretary of Communications and Transportation, concluded that a mechanical failure and deficiencies in the helicopter’s maintenance were the causes of the plane crash. “During the computed tomography inspection of the other linear actuator (…) he found a computed tomography scan that had two screws inside the actuator, two small loose screws,” explained Espriú.

According to the report, the screws damaged the control board of the flight stabilizer, known as SAS (Stability Augmentation System) of the helicopter registration XA-BON, which caused a loss of control of the aircraft by the pilot. “The loss of control of the helicopter was due to a sudden roll to the left, which was not recovered by the pilot in command, causing the helicopter to reverse in flight and hit the ground,” he explained. The pilot, Roberto Coppel, had extensive experience in handling these aircraft and the weather was acceptable at the scene of the accident.

The President of the Government, Andrés Manuel López Obrador, then announced a rigorous investigation to determine the causes of the incident. There was no evidence of an attack or explosives, so the federal authorities ruled out possible sabotage. The investigators, according to Espriú, confirmed that the inspection of the remains did not reveal “evidence of materials other than the helicopter itself.”

The damaged aircraft, an Augusta A109, had been rented for the trip to Altiplano Air Services and had a certificate of airworthiness valid until 2020. The control tower lost communication with the aircraft shortly after takeoff and “a strange noise was heard” , supposedly the blow to the ground, explained in the Government.

The helicopter crashed into a cornfield barely accessible by a dirt road. Eyewitnesses then related to EL PAÍS that they heard a device “thunder” around three in the afternoon local time. Neighbors from Tlaltenango moved to see what had happened and saw the aircraft set on fire.