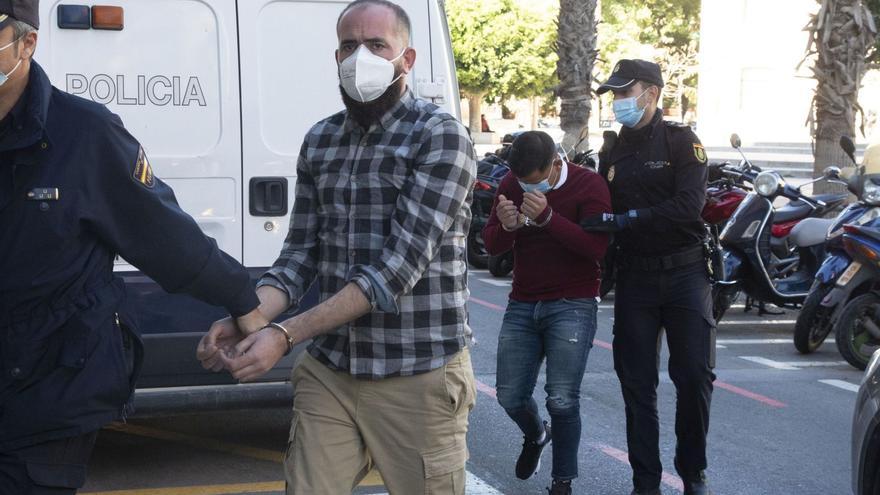 The Alicante Provincial Court has sentenced four of the five accused of being part of a violent gang of house robbers that used machetes and shotguns and did not hesitate to beat and threaten the victims with cutting them off to 83 years and six months in prison. the fingers or an arm to seize their jewels and other valuable effects, as stated in a sentence of the Second Section.

The Prosecutor’s Office requested 139 years in prison from the five accused of committing 28 robberies, all of them in the province of Alicante except for two in the Murcian municipality of Sangonera la Seca.

One of the defendants has been acquitted by the Hearing for not considering proven his participation in a single robbery that they accused, while the other four defendants have been acquitted of nine of the 28 robberies but have been punished with harsh penalties, especially three of those involved, who have been sentenced to 26, 24 and 24 years in prison. However, the ruling establishes a maximum of 18 years for one of them and 14 years and three months for the other two.

A fourth defendant has been sentenced to nine years and six months in prison and the court acquits him of the crime of belonging to a criminal organization due to lack of data to consider him a member of the gang of thieves despite participating in two of the assaults.

The sentence states that the defendants, depending on their participation in the different robberies, must compensate the victims for an amount slightly higher than 46,000 euros.

The defense attorney for one of the defendants, José Soler Martín, has announced that he will appeal this judgment of the Court.

When setting the sentence, the judges of the Second Section highlighted in the ruling the “extreme violence used” in the assaults and the fact that several aggressors participated in the robberies, “which necessarily increased the fear and defenselessness of the victims ».

In addition to the crimes of robbery with violence in an inhabited house, several of them with the use of weapons, and the crime of integration into a criminal group, three of the accused have also been sentenced to fines for minor injuries, since some victims were injured.

Among the robberies attributed to the gang are assaults in the Alicante games of Cañada del Fenollar, Verdegás, El Rebolledo and La Alcoraya, as well as in Novelda, Elche, Sax, Busot, Xixona, La Vila Joiosa, Dénia and San Vicente del Raspeig, according to the facts declared proven in the sentence handed down a few days ago by the Second Section.

A wave of robberies committed in five months

The gang of house thieves condemned by the Court committed the wave of assaults in just five months, between October 2019 and February 2020. The suspects were acting with their faces covered and were arrested after a joint investigation by the National Police and the Civil Guard . The group was based in Murcia and its field of action was centered in the province of Alicante. In one of the robberies in Alicante, they beat a homeowner while threatening to cut off his arm with a machete so that he would give them gold and valuable items. In San Vicente, they also threatened two women with a machete and a simulated pistol, who they said they were going to cut off their fingers. Likewise, a Dénia couple who slept with their baby was intimidated with shotguns.