The more than $40 billion in additional aid to Ukraine approved by Congress on Thursday brings the total U.S. commitment during the Russian invasion to more than $54 billion, when combined with the aid package passed in March.

The bulk of the aid is allocated through traditional foreign aid channels. That includes money to provide urgent support, health services and food assistance to Ukrainian refugees inside and outside Ukraine. The latest bill, which had been delayed for a week by the objection of Senator Rand Paul of Kentucky, includes money for logistical support and training for Ukrainian military and national security forces, and for a fund intended to secure the continuity of Ukraine’s government.

Forty percent of the aid has been directed to weapons transfers, to provide medical and intelligence support to allied countries in Europe, and to deploy troops there. The bill passed Thursday allows President Biden to authorize the transfer of an additional $11 billion in American weapons, equipment and defense supplies to Ukraine, and allocates $9.1 billion to replenish that stockpile. 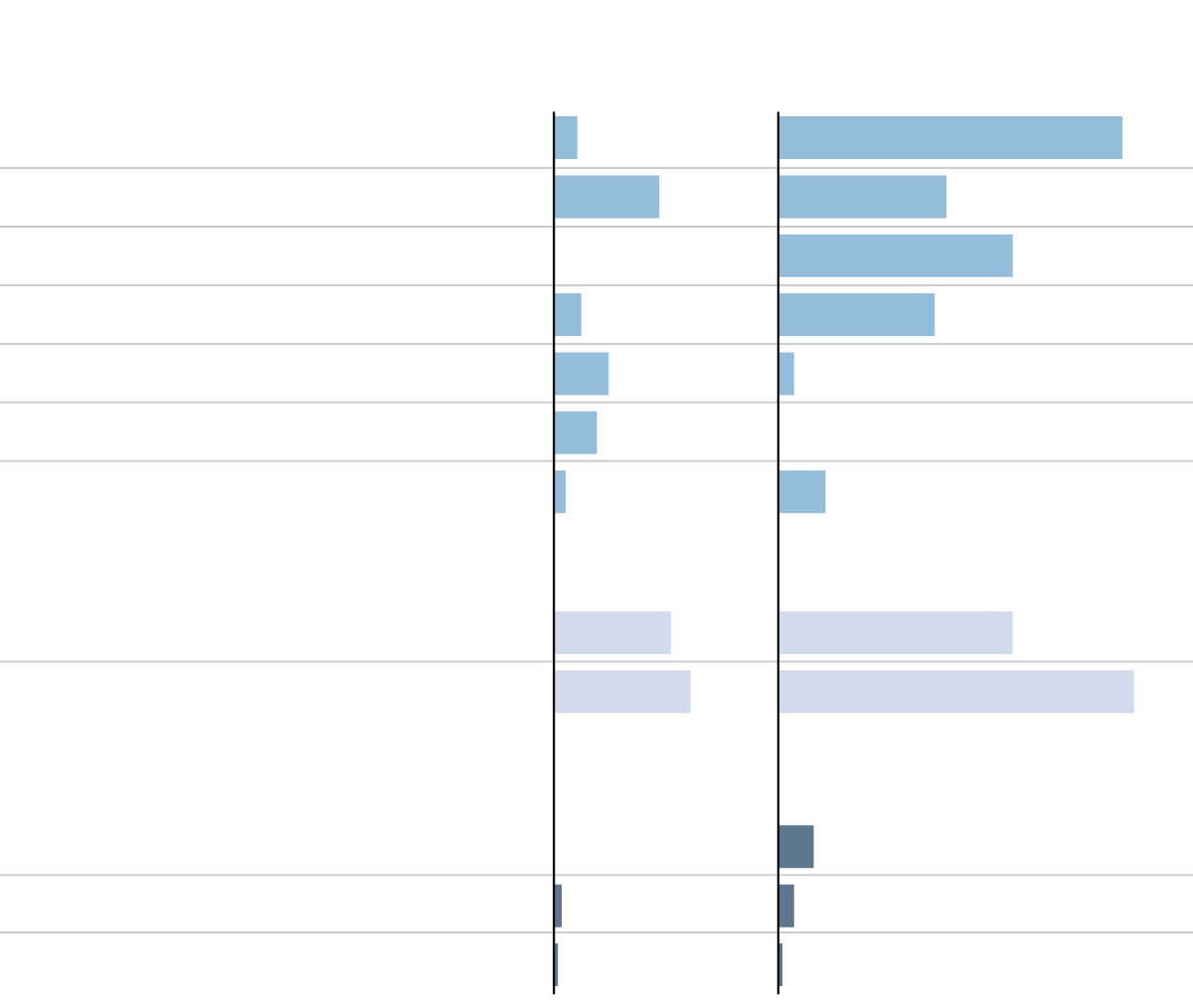 Grants and loans for military supplies

Weapons and other supplies

Administration for Children and Families

Diplomatic programs and other 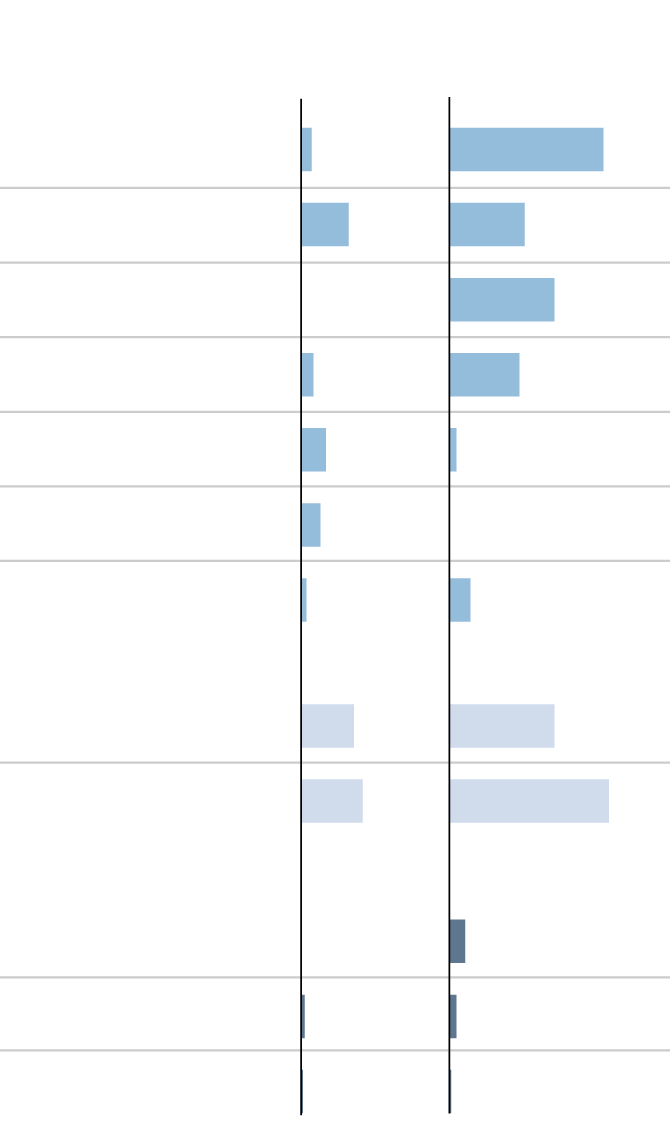 health and other aid

Grants and loans for

A smaller part of the aid will go to domestic agencies to enforce the sanctions and export control measures taken by the government to debilitate Russia’s economy. And some aid will be directed to diplomatic programs that help maintain U.S. citizen services in the area.

It can be hard to comprehend the scale of such sums. Here are four ways to put it in context:

Compared With Other Foreign Aid

Of the $54 billion in total spending by the United States, $31.4 billion can be considered traditional foreign aid. That’s higher than any annual amount given by the U.S. to a country in the last decade, according to the U.S. Agency for International Development data.

The $31.4 billion may include some funding that wouldn’t be counted in the agency’s data, which is calculated differently. Nonetheless, it is roughly two times the amount given in 2011 to Afghanistan, the largest U.S. foreign aid recipient until now. 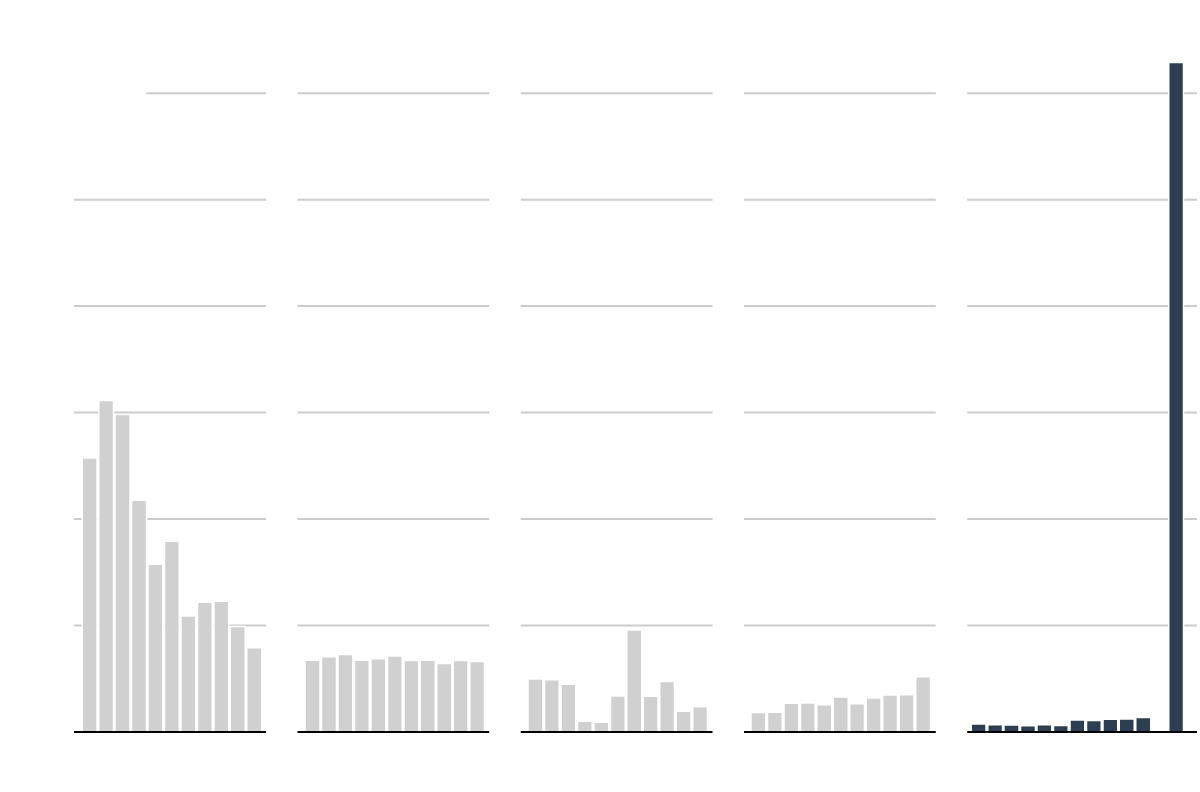 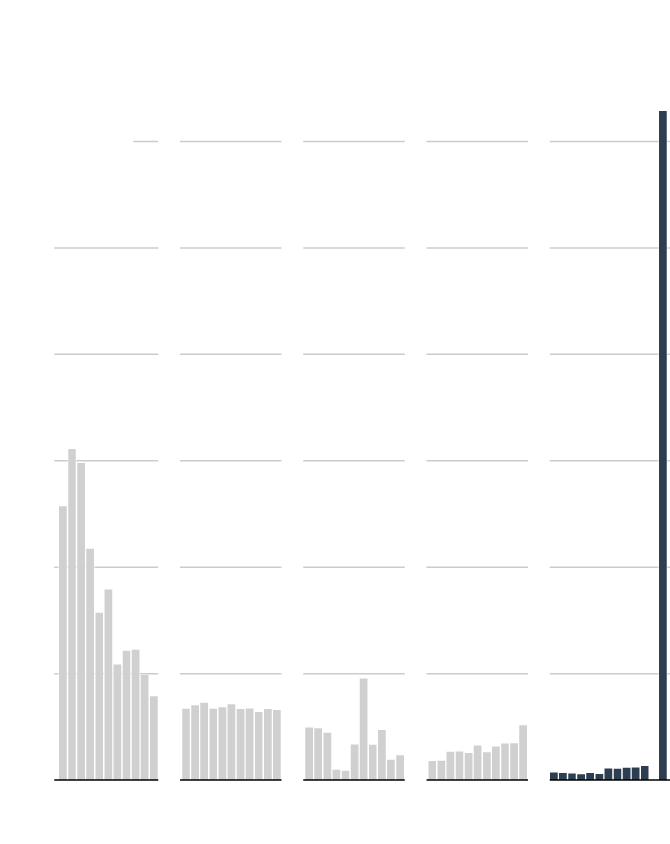 The new bill may include some funding not covered in the historical data, which is adjusted to 2020 dollars. Data not available for fiscal year 2021.

Compared With the Entire Federal Budget

The $54 billion in total U.S. aid represents about one percent of this year’s projected federal budget. It’s less than a tenth of the $750 billion the government is projected to spend on defense this year. It’s more than what the government spent last year on highway grants ($43 billion), but less than what it spent on health insurance premium tax credits ($56 billion).

While the chart above helps give some sense of the size of the aid packages, their actual impact on the federal budget is much smaller because they are meant to be spent over 10 years. (The bulk of the funds is projected to be used sooner.) Over the next decade, the Ukraine aid represents less than a tenth of one percent of the estimated federal budget.

The cost of the aid is not as high as some of the Democrats’ more expensive policy priorities, like subsidized child care or paid family and medical leave. But it is on par with some of the smaller line items that House Democrats passed in a social policy and climate bill in November. (The bill stalled in the Senate, where the support of all 50 Democrats was needed because no Republican signed on.)

Costs are over 10 years unless noted otherwise.

Some of the comparisons are tricky because Democrats shortened the time frames for many of the programs in the bill to lower costs. Six years of a universal preschool program, for example, would cost roughly twice as much as the aid packages to Ukraine.

Compared With What Other Countries Have Contributed

The U.S. has committed around three times as much money as all European Union countries combined, according to data compiled by the Kiel Institute for the World Economy, a German research institute.

The U.S. total in the chart is closer to $45 billion, rather than the $54 billion passed by Congress, because certain categories of funding, like money for institutions outside Ukraine or for American troops, are not included in the institute’s comparisons. 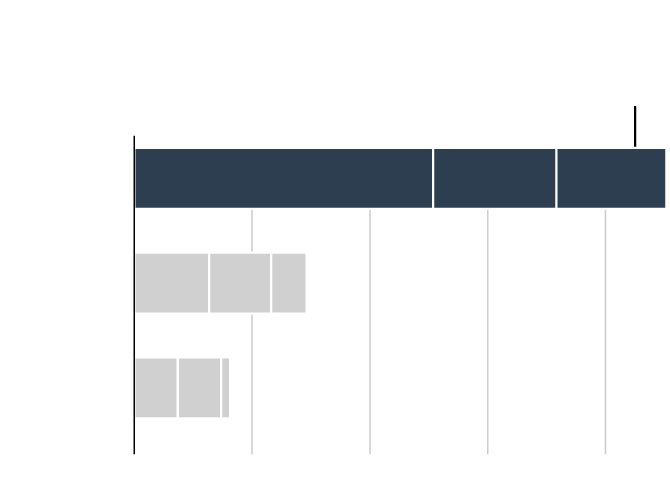 Note: Includes commitments between Jan. 24 and May 10, in addition to the aid package passed by Congress on May 19. European Union total includes commitments by the E.U. Commission and Council, and the European Investment Bank. Other countries include Britain, Canada, Japan, Australia, South Korea, Turkey, Norway, New Zealand and Switzerland.

Relative to the size of the economy, the U.S. contribution to Ukraine ranks fourth, behind Estonia, Latvia and Poland. The costs of supporting refugees are hard to estimate and are not included in these numbers. Including those costs would most likely put the relative contributions of several more Eastern European countries ahead of the United States, according the the Kiel Institute researchers. 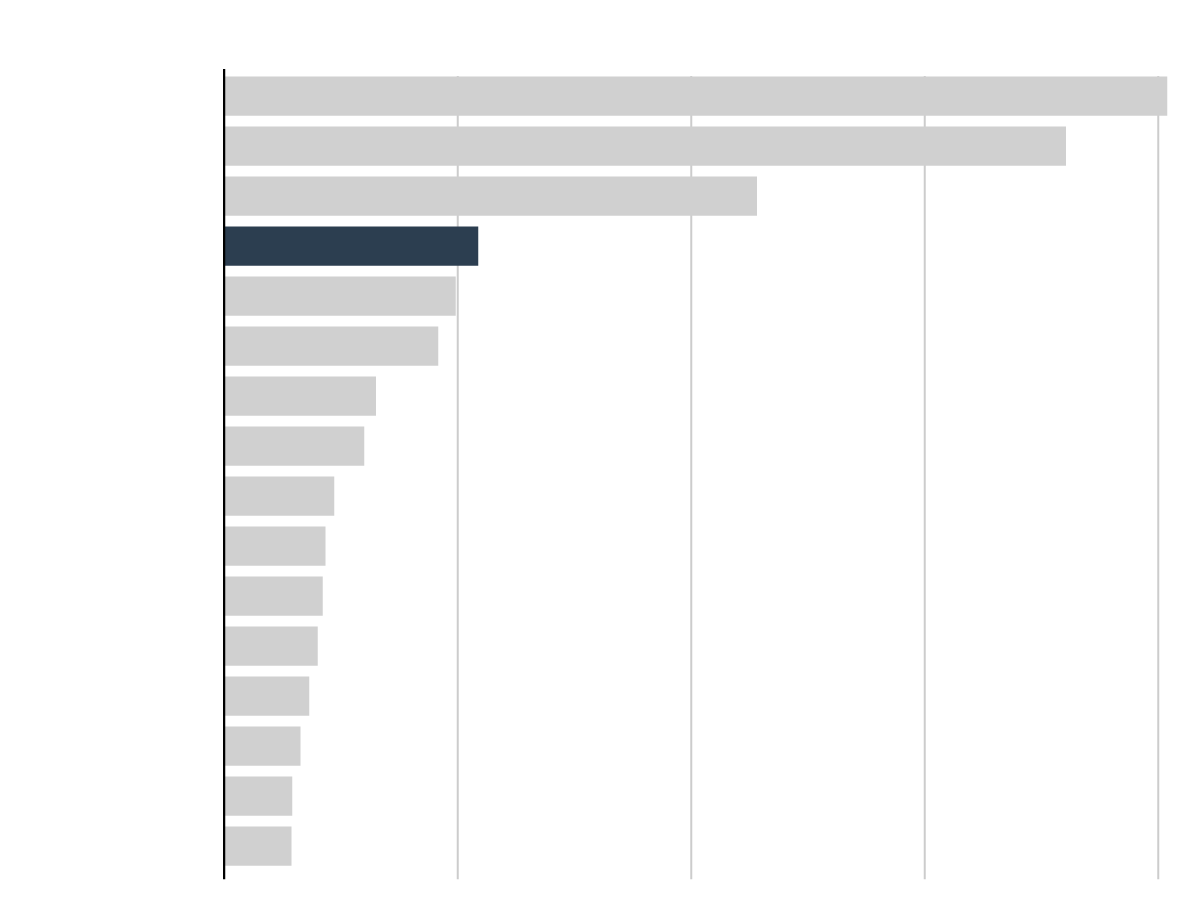 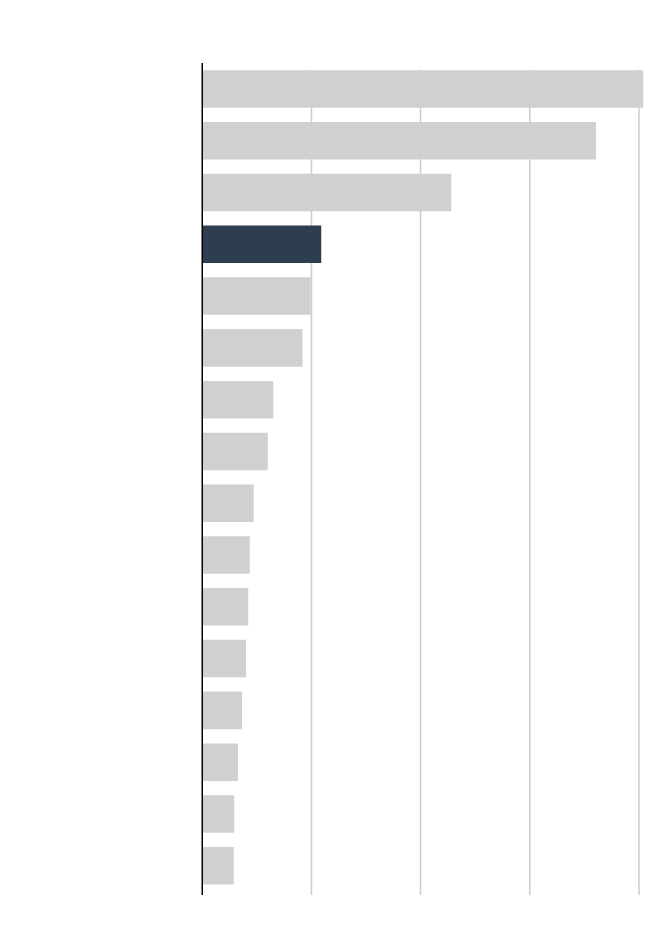 Includes commitments between Jan. 24 and May 10, in addition to the aid package passed by Congress May 19. Countries with contributions less than 0.05% of G.D.P. are not shown. Does not include commitments from the European Union Commission or Council.